Sachal Sarmast advocated for the beauty of Sindh 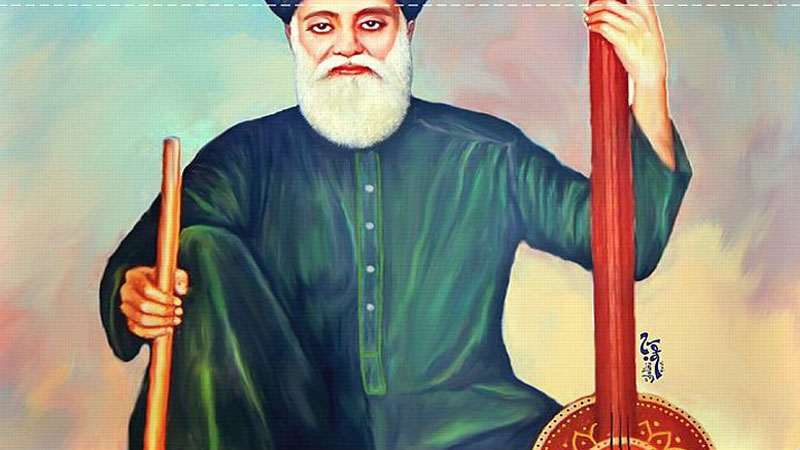 It is widely known that Sindh is the land of Sufi philosophers, mystics and poets, and the people of Sindh are very humble, hardworking and intellectual. Many saints were born in Sindh as well. I would like to highlight a few names of prominent Sufi Saints such as Sachal Sarmast, Lal Shahbaz Qalandar, Shah Inayat Shah, Sayed Misri, Rohal Faqir, Qadir Bux Bedil, Makhdoom Bilalwal, and Budhal Faqir.

These Sufis taught lessons of peace and brotherhood and so the people of Sindh are hospitable to everyone. They depend on different crops to run their households such as rice, wheat, mangoes, and bananas. It is the belief of some experts that Sufism arrived in Sindh in the 18th century through both the poetry and philosophy of saints, and mong all Sufi Saints, Shah Abdul Latif Bhittai and Sachal Sarmast holds a distinguished status.

The mystic Hussain ibn Masuri Al Hallaji came to Sindh from Gujarat. He spread the study of theological matters among the people and inspired many of them with his preaching. One of these people was Sachal Sarmast.

He became one of his admirers and frequently paid homage to him in his poetry. He wrote poems of divine love in seven languages- Sindh, Seraiki, Persian, Punjabi, Arabic, Urdu and Hindi, and due to his command over these seven languages he got the title of “Shake-i-Haft Zuban” (poet of seven languages)

His beautiful poetry is sung by numerous singers. In fact, his poetry is said to be able to resurrect a dead soul. 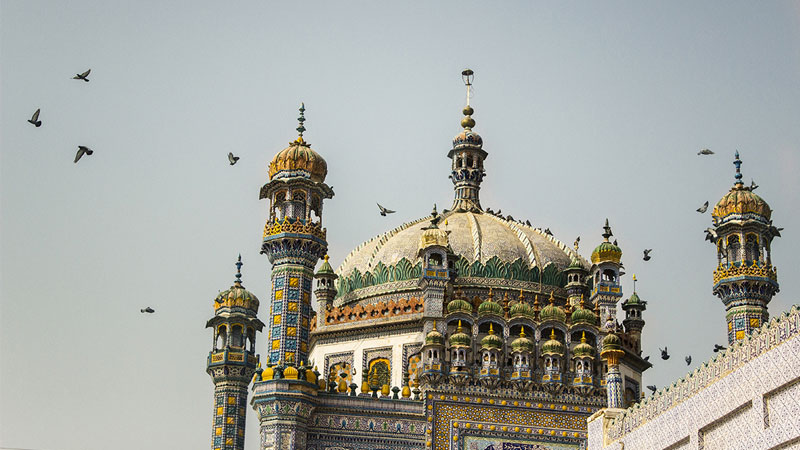 Sachal Sarmast was born in 1739 and died in 1827. His mausoleum was built by Mir Rustam Khan Talpur. At that time, he was ruler of Khairpur state. His real name was Abdul Wahab. Sachal or Sacho (nickname). In English, Sachal means “truthful” and Sarmast stands for “Ecstatic” while Sachal Sarmast literally means “truthful mystic” His father’s name was Mian Salahuddin and he died when he was a child. He was then raised by his uncle named Pir Khawaja Abdul Haq who became the spiritual master of Sachal Sarmast. He later married his uncle’s daughter who died two years after the wedding. He did not remarry and instead, spent his whole life in Daraza.

His urs is celebrated every year with great excitement. It starts on the 13th day of Ramadan, in Daraza Sharef near Gambat taluka, Khaipur, Sindh.

The Urs at the shrine of Sachal Sarmast goes on for three days including a mehfil-e-sama and mushaira. The arrangements are made by the Sachal Sarmast Yadgar Committee. The government of Sindh has established many institutions under the name of Sachal Sarmast including Sachal Library in Khairpur Mir and Sachal Sarmast Institution of Nursing in Khairpur. Sarmast was without a doubt an advocate of the beauty of Sindh and his shrine deserves to be visited at least once in a lifetime. It is a great tourist attraction and people from all over the country come to visit his tomb to gain inner peace.