An armed clash between two rival groups of the Khushik community left one dead near Gale- Mori area of district Thatta here on Monday. The Gale-Mori area became a battlefield following the clash as the firing continued for hours. Fear reigned supreme till the arrival of a strong contingent of area police that managed to […] 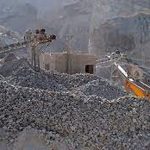 Illegally installed stone-crushing plants in different areas of Thatta are adversely effecting the environment and agricultural sectors of the area, making the lives of the inhabitants miserable. The number of stone-crushing plants is increasing in different areas of district Thatta but the authorities concerned have failed to take measures to safeguard the residents of the […] 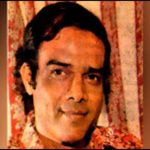 Today (Sunday) marks the 38th death anniversary of Ahmed Rushdi – a melodious voice of the Pakistani film industry who is considered the pioneer of pop music in Pakistan. The Ko Ko Korina fame ruled the Pakistan film industry for over two decades giving several hit songs that still mesmerize the listeners. Ahmed Rushdi was […]

The Chairman of Burney Trust, Ansar Burney, and Head of Communist Party Mrs. Najma on Friday said that as many as 150 Pakistani fishermen languishing in Indian jails are confronting a host of problems. Accompanied by their members, Burney and Nahma expressed these views while holding a press conference at Thatta press club, and showed […]

The 12th death anniversary of acclaimed Historian, academia, writer, and poet Aziz Jafrani was observed on Thursday. He is considered among those historians of Sindh who compiled and wrote a consolidated history of Sindh,s Larr region. Aziz Jafrani was born on 18 January 1944, in Chuhar Jamali, a small town of District Sujawal to a […]

Once again the trend of using clay-made utensils, and water pots for households have picked up in Sujawal, Thatta, and its adjoining areas, as it seems that the common folk has once again realized the importance of clay pots and the benefits of using these pots. As times changed, increasing demand for plastic and bronze-made […] 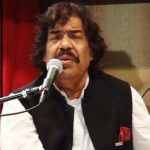 Acclaimed folk singer Ustad Shaukat Ali Passed away at the age of 78 after a protracted illness at Combined Military Hospital CMH Lahore. His son Ameer Shaukat Ali confirmed his death requesting his fans to pray for the departed soul. The late singer was bedridden for some time, suffering from multiple health complications. The music […]

Glowing tributes were paid to internationally-acclaimed historian, scholar, journalist, and biographer Pir Hussam-ud-din Shah Rashidi on his 39th death anniversary at his graveside within the boundary of the mausoleum of Makhdoom Muhammad Hashim Thattvi here at Makli on Thursday. After commemorating his academic and literary services, a delegation of Sindhi Language authority led by Dr. […]

A man allegedly tortured his wife to death in the Hawaii Ado area of district Sujawal in the late hours of Monday. After the incident was reported, the police reached the are and shifted the body to Civil Hospital Sujawal for post-mortem. As per the details, the deceased Amiran, 18 had marks of torture on […]

Academicians, social activists and members of the civil society have expressed “great concern” over the declining standard of education and lack of basic facilities in the schools in Thatta. The matter was discussed in a conference held under the collaboration of Peasants Struggle Forum Thatta and Press Club here on Saturday. Addressing the conference, Chairman […]