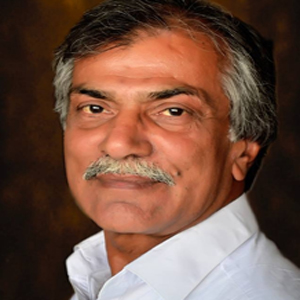 Jamal Dawoodpoto is a multimedia journalist based in Larkana, Sindh and a member of the staff. He covers environment, politics, wildlife, culture, education and health. He tweets at @Dawoodpotojamal and can be reached at [email protected]

Umme Rubab Chandio, who is pursuing the case of her slain family members, was stopped by heavy contingents of police suddenly deployed by SSP Larkana before her arrival on Sunday to make a complaint to the grave of Shaheed Benazir Bhutto. Her father Mukhtiar Chandio, grandfather Karamullah Chandio and paternal uncle Kabil Chandio were gunned […]

Seven gunmen were gunned down by Larkana police in the riverine area in the limits of Baradi Jatoi Police Station on Thursday. Police also claimed to have recovered huge quantities of ammunition from their possession which included two anti-aircraft guns, rocket launchers, bullets, KK, 3G and 4G rifles. The alleged Larkana police encounter took place […]

Grand Health Alliance (GHA) activists continued the boycott of work at Outpatients Departments at the Chandka Medical College Hospital for the ninth consecutive day here on Wednesday due to which thousands of poor patients suffered. The GHA took out a rally from Central Laboratory to main OPD at Civil Hospital Block of the CMCH, shouted […]

Mayor, Larkana, Khair Muhammad Shaikh, has claimed while briefing media persons that all foolproof precautionary measures have been taken to face monsoon 2020. He said leaves of all field staff and sanitation employees have been cancelled and their presence has been ensured at their concerned offices. He said this after a meeting presided over by […]

JUI-F chief Maulana Fazlur Rehman has said that there will be no minus one but all will become minus, added that popularity of Imran Khan has also become zero. He said we are calling for an All Parties Conference (APC) on 9th July in Sindh in which all political parties will be invited, adding such […]

Larkana Chamber of Commerce and Industry (LCCI) and All Marriage Halls Association (AMHA) have demanded of the provincial government to allow them to open their business under SOPs which have remained closed since past four months in compliance with the provincial government directives. They further demanded the opening of movie and photography shops, echo sound, […] 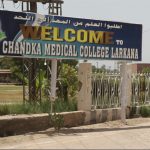 As many as 52 private security guards have not yet been paid their monthly salaries for the past four months. They have been posted to work at Chandka Medical College Hospital (CMCH) by a private security company which obtained the contract from the CMCH. This came to light when the affected guards held a large […] 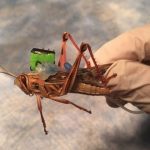 Swarms of locusts once again attacked standing crops in Naundero and its adjoining villages causing widespread destruction of paddy saplings, mangoes, guava orchids and vegetables. On seeing millions of locusts tillers came out holding sticks and large tins in their hands to wipe them out from their agricultural fields. It is expected that growers and […] 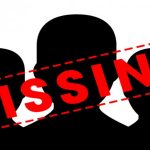 The members of Voice for Missing Persons and relatives of missing people across Sindh staged a sit-in and also held a large protest demonstration holding large placards and portraits of their loved ones in their hands at Jinnah Bagh on Friday demanding recovery of their beloved. While talking to newsmen, Afsana Dayo, Aqsa Dayo, Shabana […] 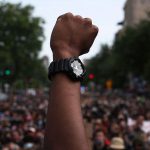 The members of Mehnatkash Labour Union of Larkana Municipal Corporation (LMC) again took out a large rally from their office on Tuesday which culminated at Jinnah Bagh after marching through various major roads and bazaars where the participants held a protest demonstration holding sweeps other sanitation material and placards in their hands. They also shouted […]