The writer is Editor, Strategic Affairs, and also heads the independent Centre for Research and Security Studies, Islamabad and author of Pakistan: Pivot of Hizbu Tahrir's Global Caliphate. Can be reached at Imtiaz@crss.pk 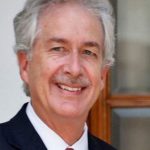 Once Pakistan told the American dignitaries point-blank that any military bases for its counter-terror (CT) operations in Afghanistan ‘are out of the question’, the US was confronted with yet another dilemma: where to base its CT troops. None is in sight yet. The American delegation that came knocking included the CIA Chief William Burns who […] 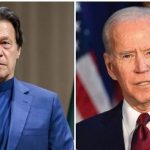 Something unprecedented happened on June 3; a US President finally and officially for the first time acknowledged that “when leaders steal from their nations’ citizens or oligarchs flout the rule of law, economic growth slows, inequality widens, and trust in government plummets.” It is an inescapable reference to the hundreds of billions of stolen dollars […] 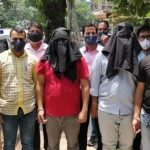 Should the seizure of some 2.5 kilogrammes of unprocessed uranium from four Nepalese nationals and the arrest of Nepalese nationals in Kathmandu ring alarm internationally? Of course. Why? Because India is a major beneficiary of the Nuclear Suppliers’ Group (NSG) as well as a member of the International Atomic Energy Agency and by implication must […]

Three top level background briefings between March 2018 and April 2021 lead to an unambiguous conclusion; Pakistan’s calculous is moving from security to geo-economics. The centerpiece of this – beside expansion of infrastructure and industrialization through special economic zones with the help of China – is India which is key to the development of the […] 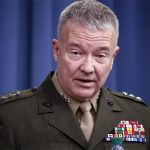 Three statements between April 14, when President Biden announced US troop withdrawal from Afghanistan, and April 22 , when U.S. Central Command’s General Kenneth “Frank” McKenzie Jr. repeated what he had earlier stated before the House Armed Services Committee, probably foretell considerable trouble ahead for Pakistan. Let us first look at what General McKenzie told […]

It seems that all those lobbyists – Afghans, Americans, Pakistanis and Indians – whose livelihoods are tied to anti-Pakistan postulations – find it difficult to stomach President Joe Biden’s plan to withdraw all US troops from Afghanistan by September 11 “to end the forever war.” A slew of print, electronic and social media posts would […]

Does Pakistan’s so-called geo-strategic location shackle efficiency and competence? Does it stymy a realistic reassessment and recalibration of its entire policy-making and governance regime to avoid destroying the only trusted and long-standing relationship abroad i.e. China? Or will those who matter continue exploiting the country’s location in the global geopolitical wars, and thus refuse to […] 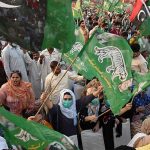 Leaders across the world are fighting for education and collective interests. They sacrifice careers for moral principles and regulations. Leaders in Pakistan are fighting for personalities and personal interests – even if it means trampling some basic moral values such as honesty, truth, and personal integrity. The Pakistan Democratic Movement (PDM) – an alliance among […]

A letter that special envoy Zalmay Khalilzad carried with him to Kabul earlier this week has taken Kabul by storm and apparently spelled doom for President Ashraf Ghani’s apparent attempt to hang on to power despite an international consensus on the need to create space for Taliban. The central point of the letter by the […]

Pakistan Afghanistan conversation continues to improve with each passing day. Special Representative for Pakistan, Ambassador Umar Daudzai’s latest visit to Islamabad marked another big step forward in the bilateral relations. While appreciative of his hosts’ contribution to the Doha Process, Daudzai came with two messages; nudge Taliban into a “meaningful dialogue” , and force them […]