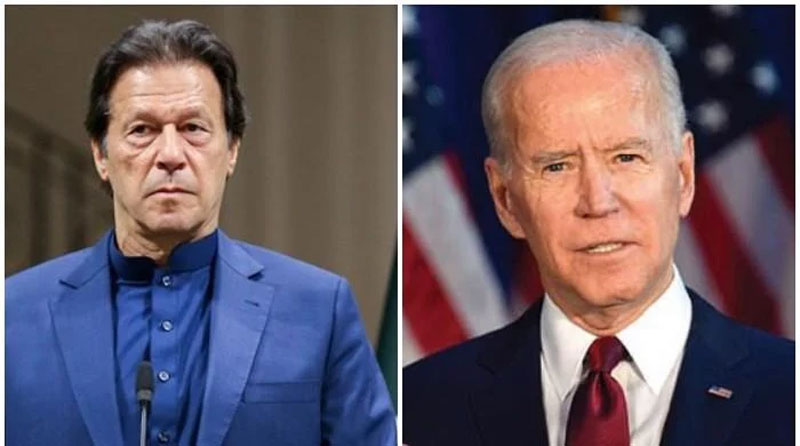 Something unprecedented happened on June 3; a US President finally and officially for the first time acknowledged that “when leaders steal from their nations’ citizens or oligarchs flout the rule of law, economic growth slows, inequality widens, and trust in government plummets.”

It is an inescapable reference to the hundreds of billions of stolen dollars that rulers from the developing countries have stashed into the financials systems of Americas, Europe and several offshore companies.

“Anonymous shell companies, opaque financial systems, and professional service providers enable the movement and laundering of illicit wealth, including in the United States and other rule-of-law-based democracies,” the Presidential Order said.

Probably yes because the problem identification, its impact and the strategy that Biden spelt out in the initiative resonate Khan’s thoughts which have centred on territories such as Panama, the British Virgin Island, Caymen Islands etc.

In his recent speeches at various global forums, Khan has relentlessly focused on corrupt practices of rulers, calling on the rich countries to take decisive actions to stop “bleeding of the poor and developing countries.” He has also been demanding an immediate return of their stolen money parked in the banks of rich countries as well as in off-shore companies.

In the Memorandum on Establishing the Fight Against Corruption, President Joe Biden declared “countering corruption as a core United States national security interest.” The overall objective of this initiative – bring transparency to the United States and global financial systems; prevent and combat corruption at home and abroad; and make it increasingly difficult for corrupt actors to shield their activities.

Through the memorandum the President bound 15 federal departments including the Director of National Intelligence, the CIA, Chairman,Joint Chiefs of Staff, and the USAID to “be responsive to all requests from the Assistant to the President and National Security Advisor for information, analysis, and assistance related to the interagency review, ” set to be completed within 200 days , with a report and recommendations to the President for further direction and action.

a) to promote good governance and prevent and combat corruption, including, as needed, by proposing relevant legislation to the Congress

b) Combat all forms of illicit finance in the United States and international financial systems,

c) Hold accountable corrupt individuals, transnational criminal organizations, and their facilitators, including by, and where appropriate, identifying, freezing, and recovering stolen assets through increased information sharing and intelligence collection and analysis, criminal or civil enforcement actions, advisories, and sanctions or other authorities, and, where possible and appropriate, returning recovered assets for the benefit of the citizens harmed by corruption

d) Support and strengthen the capacity of civil society, media, and other oversight and accountability actors to conduct research and analysis on corruption trends, advocate for preventative measures, investigate and uncover corruption, hold leaders accountable, and inform and support government accountability and reform efforts, and work to provide these actors a safe and open operating environment domestically and internationally

e) Work with international partners to counteract strategic corruption by foreign leaders, foreign state-owned or affiliated enterprises, transnational criminal organizations, and other foreign actors and their domestic collaborators, including, by closing loopholes exploited by these actors to interfere in democratic processes in the United States and abroad

f) Promote partnerships with the private sector and civil society to advocate for anti-corruption measures and take action to prevent corruption;

The campaign against illicit money via kickbacks off dubious contracts, theft of public funds and fraudulent banking transactions seems to be gathering momentum because these corrupt practices, often systemic manipulation of the financial sector, account for up to 5 percent of the global gross domestic product.

As pointed out by President Biden, “the abuse of power for private gain, the misappropriation of public assets, bribery, and other forms of corruption impact every country and community.”

The initiative stands out as a realization of the fact that billions of dollars have been landing in Americas, Europe and off-shore companies unquestioned. Among the depositors have been former rulers and their associates of developing nations.

Stories of many of Pakistan’s former prime ministers, presidents and retired generals are not different either. They may not be entirely true but correct to a large extent when looked in view of the opulence they live in and the wealth floating around them (particularly the riches of their close circles which multiply within a few years).

One would hope that the new US initiative will result in indiscriminate enforcement of recommendations and possible new legislation – independent of geo-political considerations .

So far, for instance, officials of the US Special Inspector General for Afghan Reconstruction (SIGAR) has privately conceded that the US government is aware of which of the top Afghan leaders possess how much and in which bank accounts. Dividends of two decades of US military and financial engagement ( $ 2.6 trillion) have been substantial. Some of it went straight into individual accounts. Same may have been the case with many Pakistani civil and military leaders.

Seems it is about time for the prime minister to seize the opportunity that the Biden initiative offers, and build his anti-corruption campaign beyond Pakistan’s borders. But for that, the National Accountability Bureau (NAB) would require reforms and a change of strategy. NAB may have recovered nearly 500 billion in the last three years but not without questions around its integrity, controversial plea bargains and corruption within.