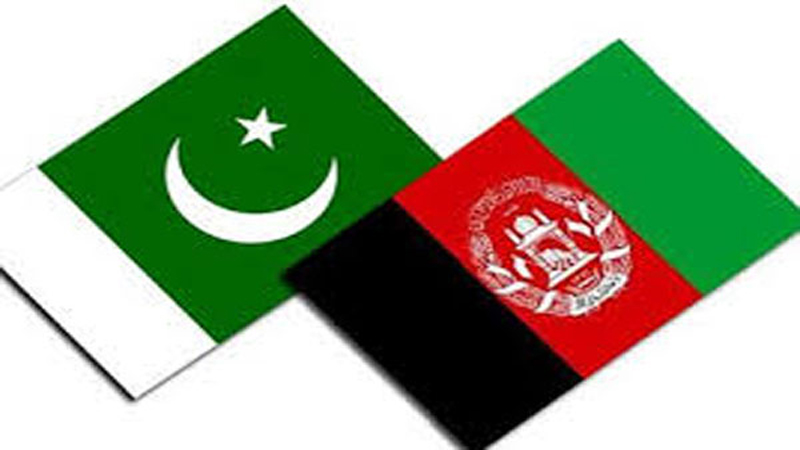 Pakistan Afghanistan conversation continues to improve with each passing day. Special Representative for Pakistan, Ambassador Umar Daudzai’s latest visit to Islamabad marked another big step forward in the bilateral relations. While appreciative of his hosts’ contribution to the Doha Process, Daudzai came with two messages; nudge Taliban into a “meaningful dialogue” , and force them into substantial reduction in violence if not a complete ceasefire. The request came as the snail-paced Doha parleys resumed on February 24.

But Pakistan remains very clear; attaching unrealistic expectations of Pakistan are misplaced in the current context. We remain “committed to the Doha Dialogue in whatever we can,” according to civil and military officials privy to the process.

Daudzai led his delegation only two days after US Central Command chief Gen. Kenneth McKenzie, held high-level meetings, including one with the Army Chief General Qamar Bajwa. The focus of these conversations, one assumes, was the reconciliation and peace among the embattled Afghan stakeholders.

Pakistani officials reiterated their support to the process but made it clear “ this is the maximum we could go to.” We have helped their families reunite with almost all key Taliban leaders in Doha, tried to constrain their liberties here as much as we could do. Nothing beyond, All should now focus on the Doha shura instead of talking about the Quetta or Peshawar shura, said Maj.General Babar Iftikhar during a press stakeout.

Daudzai, who has been ambassador to both Iran and Pakistan, acknowledges Islamabad’s limitations but believes that its continued perusal of the Taliban could still be useful for all stakeholders. He also recognizes the markedly improving level of bilateral trust. I keep telling skeptics in my country that we don’t have to view the future in the past.

“We have made more progress the in last eight months than in the last 20 years on visa, trade, political and education fronts, most grievances of traders have been addressed by Pakistani ministries and that gives us a clear indication of the country’s sincerity,” Daudzai told the delegates of a Pak-Afghan Youth summit.

It is the first time, both countries have appointed Special Envoys for each other – a direct and speedy channel for communication on any issues. Treating this as a new opportunity, we must continue talking and push for normalization, he said.

Pakistan and Afghanistan have no option but to trust each other; we cannot be the prisoners of the past, the special envoy said as he underlined the need to ignore the spoilers and skeptics. We have passed the phase of mistrust, now we are looking towards the future.

With his meeting with Asad Qaisar, the speaker of the National Assembly, Daudzai also seemed to appreciate the role that Pak Afghan Parliamentary Friendship Group has been playing in rubbing off fractious issues.

It is quite evident that the Parliamentary Group moved with an amazing speed and rattled a number of officials of different ministries to remove at times illogical regulatory bottlenecks which had throttled the transit and bilateral trade for years.

The present regional trajectory on Afghanistan makes it quite clear that – apart from certain Afghan leaders’ views – regional powers such as Russia, China, Turkey and Iran consider Pakistan as an unavoidable player in the region except India , which has its own axe to grind. The visit to Islamabad of Russian special envoy Zamir Kabalov was a direct recognition of that important role.

“Pakistan is the country that has the greatest influence on the Afghan process .. but .. it would be a mistake to believe that Pakistan can do whatever it wants. This is a very simplified view. Pakistanis always try to carefully consider the positions of the Taliban and never allow themselves to cross the red lines in bilateral relations,” Kabalov said in Moscow, in an indirect rebuke to all those who single out Pakistan as the most critical link in the Afghan puzzle.

All the aforementioned countries agree agree that peace is meanwhile contingent upon all Afghan stakeholders, including Taliban, a force that has been sanctified not only by the US-Taliban Feb 29 (2020) peace deal but also by the UN Security Council Resolution on March 10 last year.

Pakistan, it seems, has conveyed to all visitors – such as Kabalov, Gen. Kenneth McKenzie, Zalmay Khalizad and Afghan dignitaries – that developments around Afghanistan and Pakistan must not be viewed and measured in isolation of geopolitics, particularly the Indo US 2+2 Dialogue. If the Biden administration reiterates its commitment to the ideals of this partnership that former foreign secretary Mike Pompeo had spelt out in October 2020 then it will be futile to think of a real synergy of thought and action involving all foreign stakeholders.

The joint statement – signed by Pompeo, Mark Esper, the then Defense Secretary, Dr.Jaishankar and Rajnath Singh – identified China as the common enemy. By implication, Pakistan will remain an equally vulnerable target of this geopolitical Indo-US congruence.

Both President Ghani and Dr.Abdullah Abdullah know the pain the nation has gone through in over four decades, and hence can play an instrumental role in relieving the nation of this pain if they joined hands, Ahmed Wall Masoud, the head of the Masoud Foundation told an audience in Islamabad recently.

He reminded those present at the lecture that people of Afghanistan “are sick and tired of war – violence claiming lives every day. Taliban are equally responsible because they are not calling off hostilities.” But no doubt it will take a collective determination to pursue peace and stability. It is not dependent on just one country like Pakistan, although certain Afghans and Indians would tend propagate so.

Creating space for a peaceful way out of the conflict would require every one – President Ghani as well as Taliban – to step back from their stated positions and accommodate one another as much as possible. This is the message that is going out of Islamabad right now and is being endorsed by all regional powers as well. Why? Simply because the dream of economic development, political stability and regional trade connectivity will remain elusive as long as Afghanistan remains embattled.

Guided by this conclusion, Pakistan, it seems, is pushing for peace but deosnt want to be bracketed with the Taliban any more. We will not host any Afghan dialogue here any more. It is upto all Afghan stakeholders to chart the future road-map. We will do to the best of our abilities to help them talk it out among themselves, civil and military officials in Rawalpindi and Islamabad said.