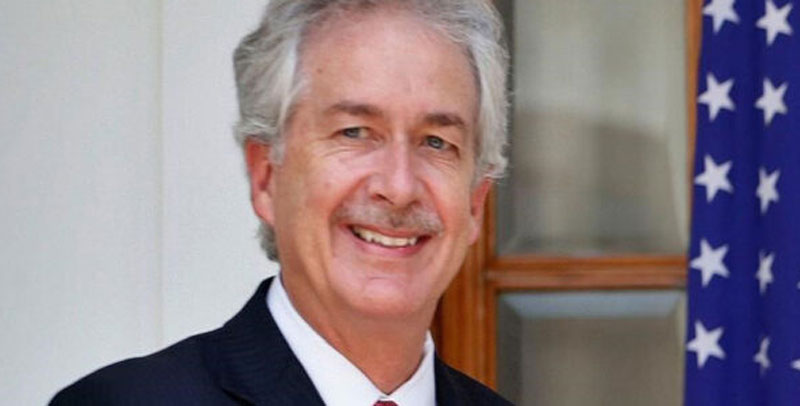 Once Pakistan told the American dignitaries point-blank that any military bases for its counter-terror (CT) operations in Afghanistan ‘are out of the question’, the US was confronted with yet another dilemma: where to base its CT troops. None is in sight yet.

The American delegation that came knocking included the CIA Chief William Burns who had flown in from Kabul early May to explore possibilities of basing the CT Mission somewhere in Pakistan.

“Yes we have had these conversations and we told them we don’t want any terrorism whatsoever but no (military) bases possible,” said a highly placed security official privy to these discussions. The Americans have thus stopped raising bases issue with us since, he said. This was reiterated by the Foreign Minister Shah Mehmood Qureshi in the parliament last month, saying that “no US base will be allowed by Prime Minister Imran Khan so long he is in power”.

Additionally, by allowing the US to continue using the aerial and ground lines of communication (ALOCS and GLOCS) under a 2020 arrangement, Pakistan also predicated any aerial strikes over its territory with its prior consent. It neither wants to annoy either the Afghan stakeholders or risk reaction by the right wing from within. That is the bottom-line, officials say.

It will be quite unprecedented if Pakistan sticks to its refusal on military bases but even then it will remain prone to scrutiny and censure on CT kinetic attacks over Pakistan. Will the CIA really ask every time it intends to hit a target inside Afghanistan, or try duping Pakistan the way it did during the Operation Enduring Freedom (OEF) when its Marines began using even the Noor Khan Base, and brought in tons of critical surveillance and defence hardware including weapons?

The government now is determined nothing of the sort will ever happen again. It took us nearly two decades to douse fires arising out of that partnership with the US. Not again.

US officials refused to openly admit Pakistan turned down their request for military bases but reality is any such move is not only likely to stoke right-wing resentment within Pakistan but also create additional long-term issues. For instance:

a) It may antagonize Taliban and other Afghan stakeholders who have openly warned neighboring countries against granting bases to the US.

b) It could ring alarm bells in Tehran, Moscow, and Beijing. None of them will approve of military bases for the US in the region. All three are meanwhile declared enemies of the US, and hence special target for punitive actions such as sanctions, diplomatic rebukes and hostile communication.

c) Pakistan, as a major beneficiary of President Xi Jinping’s Belt and Road Initiative (BRI), has attracted nearly $30 billion as part of the China Pakistan Economic Corridor (CPEC) and thus drawn strategically closer to Beijing than ever before. Islamabad has made it repeatedly clear its future is now tied to China and hence would be cautious in taking a step that may go against the Chinese aspirations for peace, economic development and trade through a string of regional connectivity.

d) It may even upset Russia because as the literal leader of the Collective Security Treaty Organization (including most Central Asian States) and founder of the SCO (of which Pakistan is also a member) it would not want any foothold for the US military in the region. Tajikistan, Kazakhstan, and Uzbekistan are members of the Russia-led Collective Security Treaty Organization (CSTO) that requires a consensus approval in case of military partnerships with non-members. Uzbekistan also has a law that prohibits the creation of foreign military bases on the territory of the country.

Zamir Kabulov, the Russian special envoy for Afghanistan, had ruled out bases for the US in Central Asia when speaking with the Itar-Tass news agency in May this year.

“Our contacts with our Tajik and Uzbek partners indicate that there was no official appeal to them [from the United States on the creation of military bases on the territory of Tajikistan and Uzbekistan]. Secondly, they made it clear that this was impossible. Therefore, there is no particular need to counteract this,” Kabulov had explained.

Quite ironic that after two decades of presence in the region – spending nearly $2.6 trillion and losing 2,442 soldiers (not to mention the 800,000 estimated dead) – the US today finds no space to station its CT forces. Not a single neighbour of Afghanistan is willing to provide that space for the simple reason that the US foreign policy is a bipolar mixed bag of unpredictability, bullying, and confusion.

Geopolitically, Russia, China, Pakistan, Iran, Tajikistan, Turkmenistan, Uzbekistan, and Kyrgyzstan are today poles apart from the US – with most of them under the line of American fire. This implies that the strategic neighbourhood of Afghanistan belongs to the geo-political rivals, i.e., Russia and China and those that Washington looks down upon, i.e., Iran and Pakistan.

In this age of intense geopolitics can one really hope for peace and stability by excluding Iran – one of the two strategic neighbours of Afghanistan besides Pakistan?

Coincidentally, Tehran and Beijing, both subject to US sanctions, signed a 25 year, economic cooperation agreement in March this year as a sign of China’s growing footprint in the region aimed at creating a network of partnerships in its extended neighbourhood.

As far as Pakistan is concerned, it faces a double whammy. Most US lawmakers, as well as military in Washington, hold it responsible for the Feb 29, 2020 deal with the Taliban at Doha which they believe amounted to the US defeat. This belief has bred considerable mutual mistrust between the two, also because most Pakistanis are also reeling from a sense of betrayal by the US, which they see propping up rival India as a regional chief ally.

Difficult choices for Pakistan, as much as for the US to find a shoulder in the region for its future counter-terrorism forces.

So, the US – as of now – stands isolated in the region marked by ‘-stan’ countries surrounding Afghanistan, particularly when President Biden on April 14 set out to “shore up American competitiveness to meet the stiff competition it is facing from an increasingly assertive China,” the undeniable heavyweight in the region. Coming months and years will testify as to whether the US will achieve this objective in partnership with India – the only ally in the regio.