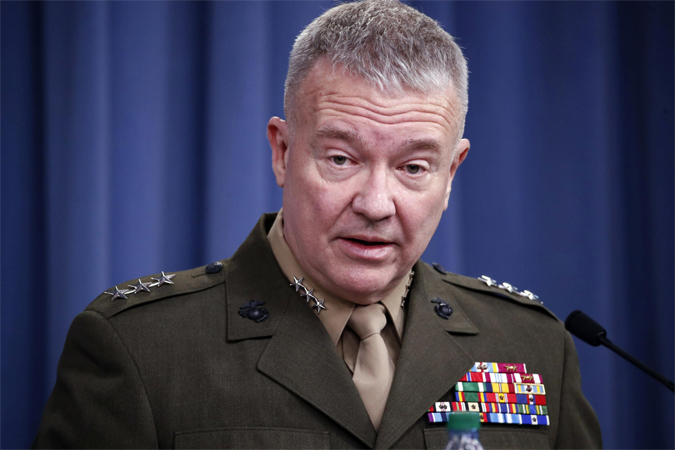 Three statements between April 14, when President Biden announced US troop withdrawal from Afghanistan, and April 22 , when U.S. Central Command’s General Kenneth “Frank” McKenzie Jr. repeated what he had earlier stated before the House Armed Services Committee, probably foretell considerable trouble ahead for Pakistan.

Let us first look at what General McKenzie told a Senate committee on April 22.

“I think Pakistan is interested in stability in Afghanistan and I think it’s going to be very difficult for that stability to remain after we leave. So, I think Pakistan will be very concerned by that. I would say frankly that it’s a situation they have not been terribly helpful on over the last 20 years so that’s unfortunate for them that some of this is now gone come back home in a way that they perhaps did not anticipate.”

Only a couple of days earlier, McKenzie had had told members of the Armed Services Committee; Pakistan will be mostly impacted by the US withdrawal because of the possibility of unconstrained refugee flow, possibility of new terrorist attacks in Pakistan that could ramp up as a result of this.

Should we interpret as a veiled threat by a global power after failing to bring peace to Afghanistan as part of the “nation-building project” that had begun after the 9/11 terrorist attacks? Is the CENTCOM chief scapegoating Afghanistan’s internal power struggles and the US failures on Pakistan, and hence threatening it with instability?

Such inference may not be out of place if one draws on what President Biden told the world when announcing the phased pullout from Afghanistan.

What messages are they conveying to PM Khan and what inferences should one draw from the aforementioned statements and actions by the Biden administration?

Firstly, a new phase of Sino-US cold war is underway with China as the primary focus of the US policy involvement in Asia (Joe Biden: We have to shore up American competitiveness to meet the stiff competition we’re facing from an increasingly assertive China)

Secondly, India as strategic partner will serve as the shoulders that the US will use for pursuing its policy objectives in the region (JB: … but we’ll not take our eye off the terrorist threat. We’ll reorganize our counterterrorism capabilities and the substantial assets in the region to prevent reemergence of terrorists — of the threat to our homeland from over the horizon)

Thirdly, a Democratic Party administration would not shy from engaging security establishments in the region to pursue its strategic goals including containment of China.

The three telephonic contacts – twice from foreign secretary Blinken and once from defense secretary Alston – with Pakistan’s army chief General Qamar Javed Bajwa offer clear indicators of the new approach; engage whoever serves America’s national interests. This is a marked sharp contrast and marked departure from Democratic Party’s aversion to deal with military rulers. President Clinton, who visited Pakistan in Feb 2000 for under five hours in a very hostile environment and had almost declined to meet with the then President Musharraf

Fourth, the US will remain engaged in Afghanistan with the help of India at the cost of excluding Iran from the process. ( JB: And we’ll ask other countries — other countries in the region — to do more to support Afghanistan, especially Pakistan, as well as Russia, China, India, and Turkey. They all have a significant stake in the stable future for Afghanistan).

Conspicuous here was the omission of Iran from the countries the US is seeking help from and foretells us that the unfortunate Afghanistan is likely to remain a hotbed of militancy and internal turmoil with no real peace in sight with the exclusion of Tehran from the entire process.

Ironically, the US plans to engage with Iran but for a reason other than Afghanistan; it intends – so it seems – to wean Tehran away from China, and at the same time neutralize Iranian political threat to the US presence and its policies on Afghanistan.

Lastly, is the US ramping up pressure on Pakistan to warn PM Khan for his categorical statement on partnership with China; I think our economic future is tied to China that has stood by Pakistan through thick and thin, Khan has reiterated on several occasions.

The vibes out of Washington for Pakistan are not promising at all. If the US establishment believes Pakistan failed its military mission in Afghanistan, then it would be hardly surprising if it sets out to settle scores. Tough times ahead for Pakistan – not to balance its relations with both the US and China but to manage it in a way that is not hurtful to its unflinching and unconditional partnership with Beijing. The entire civilian and military leadership in Islamabad and Rawalpindi is now on trial indeed and must brace for a clearly defined foreign policy paradigm.