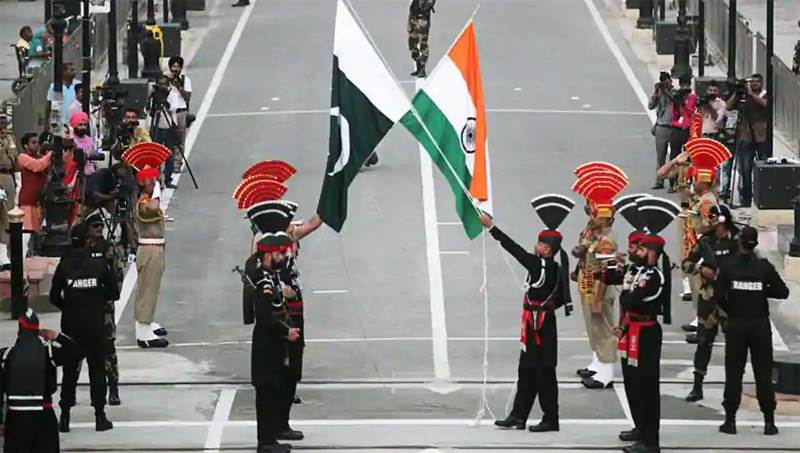 Three top level background briefings between March 2018 and April 2021 lead to an unambiguous conclusion; Pakistan’s calculous is moving from security to geo-economics. The centerpiece of this – beside expansion of infrastructure and industrialization through special economic zones with the help of China – is India which is key to the development of the north-south corridor ( Wagha-Peshawar-Torkham).

Unfortunately relations nosedived following the revocation of Articles 370 and 35-A on Kashmir on August 5, 2019, and injected unusual acrimony in bilateral relations. PM Imran Khan himself injected further acrimony into the ties when he took on his Indian counterpart like no one ever before – from the UN to Washington to Geneva – projecting him as a modern day Hitler for his anti-Muslim ideologies.

But now Article 370 seems history; not a single country spoke against revocation. Nor did any one call for the restoration of Kashmir’s status even after Indian formally annexed the area already under its illegal control (by the UN definition).

Even apparent good friends like Indonesia and Malaysia opted soft-peddling on the issue – leaving Pakistan by itself to deal with Kashmir – as helpless as it has been for over seven decades on the issue of the right of self-determination for Kashmir. Most of Pakistan’s current international predicaments – image, FATF Action Plan.

Will Pakistan succeed in forcing India to restore Kashmir’s special status? Will any UN Security Council member stand by it on this issue?

Will major powers risk annoying India by endorsing Pakistan’s current Kashmir position? And, should Pakistan keep development of the North-South trade corridor hostage to the final settlement of Kashmir in accordance with the aspirations of Kashmiris?

And what does Pakistan achieve in the absence if the answer to the above questions is a probable NO?

Should Pakistan allow continued hemorrhaging of its image abroad by staying in a state of conflict with India, which despite all its ills and excesses enjoys enormous international goodwill because of its geo-economic attraction.

Inclusion of Pakistan in the Covid red list by UK, US, Canada and several Muslim countries is a case in point; the covid situation in India has been dangerously alarming since late March but flights to and from India were banned by the aforementioned countries only recently. But decision on Pakistan was taken much earlier. So much for the world’s fairness.

Beside the US-led NATO, India’s unusual political and economic proximity with Saudi Arabia, UAE, Qatar, and Afghanistan represents another compelling worry for Pakistan.

What are the options for Pakistan given the current adverse environment? Allow India to consolidate its hold on Kashmir through continued repression of political forces and by relocating non-Muslim Indians to Kashmir to affect local demography?

Or is it better to help Kashmiris stop the systematic assault on their demography? Isn’t it important to lobby for extricating Kashmiris from the brutal Indian military siege and make their lives easier?

Focus on Kashmir is essential but how can an economically weak Pakistan be effective in its defense of Kashmiris’ right of self-determination?

Even China at the highest level has been advising Islamabad to first consolidate economically before speaking up for Kashmir. The key to that is resumption of dialogue for the easement of life in Kashmir, it seems.

Preconditioning talks on the special status of Kashmir – which has been under the Indian control any way and is likely to stay that way ( because of the absence of any international will in favour of self-determination) will only help India gradually consolidate its hold on Kashmir through demographic engineering. The new domicile laws have only precipitated the fears of outsiders taking over local properties – the way Russians did with the Central Asian Republics.

Will the rampaging corona crisis soften hearts in New Delhi to lap up Pakistan’s offer for covid-related support?

What merits consideration in the current circumstances is that much before the pandemic assumed alarming proportions in the past few weeks, New Delhi had itself reached out, seeking resumption of contacts with Islamabad. Is it because – despite their strong military muscle in Kashmir – the BJP leaders now realise they cannot just ignore the ground sentiment.

Perhaps also worrisome for key Indian decision-making echelons is the strain that a two-front situation ( Ladakh/Pakistan) might create for the defense forces. Covid crisis has of course precipitated the stress as whole. Is it therefore an Indian compulsion to deescalate tensions with Pakistan and hence the apparent willingness to reengage – even if behind closed doors?

One understands that Indian interlocutors may also be at some stage also willing to accepting a third party role in talks. If true, that would be a sign of big flexibility because India had thus far flatly ruled out any third-party mediation.

Acceptance of covid relief from Pakistan may be a connector and help both establishments carefully chart the way forward for possible conversations on all contentious subjects, including of course a respectable, oppression-free life for all those Kashmiris currently living under the Indian control.