Is it over for Ghani? 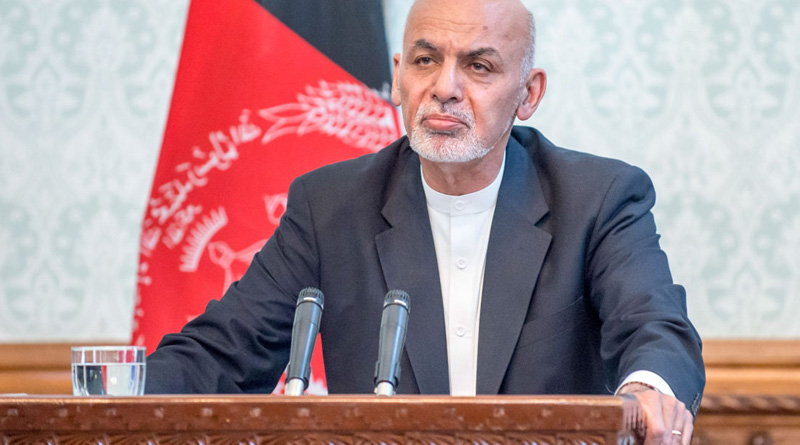 A letter that special envoy Zalmay Khalilzad carried with him to Kabul earlier this week has taken Kabul by storm and apparently spelled doom for President Ashraf Ghani’s apparent attempt to hang on to power despite an international consensus on the need to create space for Taliban.

The central point of the letter by the US Secretary of State Antony Blinken to President Ghani is a warning to “positively consider this request “ and to realise the urgency for a compromise on an inclusive, acceptable-to-all future roadmap for Afghanistan.

Neither has Washington confirmed the letter, nor has President Ghani denied it. His furious outburst at a Parliament Session against Pakistan, nevertheless, suggest he may be feeling the pressure generated by the letter.

“We are considering the full withdrawal of our forces by May 1, as we consider other options. Even with the continuation of financial assistance from the US to your forces, after an American military withdrawal, I am concerned that the security situation will worsen and that the Taliban could make rapid territorial gains. I am making this clear to you so that you understand the urgency of my tone…” Blinken says in the letter currently going viral on the social media.

Antony Blinken has laid out a four-step plan that may help in developing a consensus including the Taliban, with whom the US signed a peace deal at Doha on Feb 29 last year. The plan suggests a UN-led meeting of foreign ministers and envoys from Russia, China, Pakistan, Iran, India and the US to discuss a unified approach to supporting peace in Afghanistan. This is nothing new and Khalilzad had already invested considerable time in evolving this consensus on a negotiated settlement.

Second, Zalmay Khalilzad shared with Ghani and Taliban leaders “written proposals aimed at accelerating discussions on a negotiated settlement and ceasefire. “These proposals reflect some of the ideas included in the roadmap for the peace process,” Blinken wrote.

Although quite upfront in his “desire”, yet Blinken also pretended not to be offensive or intimidating to the president.

“In sharing these documents, we do not intend to dictate terms to the parties… Rather the documents will enable the Islamic Republic and the Taliban to move urgently to the tasks of developing a) the foundational principles that will guide Afghanistan’s future constitutional and governing arrangements b) a roadmap to a new, inclusive government and c) the terms of a permanent and comprehensive ceasefire.”

The third point relates to Turkey hosting a senior-level meeting of both sides in the coming weeks to finalize a peace agreement. This essentially amounts to Blinken asking Ghani to attend himself or through his “authoritative designees,” underlining the urgency in Washington – which is still – on the face of it – considering options on Afghanistan engagement.

Blinken, in his fourth point, says the US has prepared a revised proposal for a 90-day reduction in violence, “which is intended to prevent a spring offensive by the Taliban and to coincide with our diplomatic efforts to support a political settlement between the two parties.” He asked President Ghani to “positively consider” the proposal for the reduction in violence and hoped President Ghani would “understand the urgency of my tone regarding the collective work outlined in this letter.”

Given Biden Administration’s domestic compulsions – covid-induced economic down-turn and the Trump-led racism – the letter by Blinken appears to be a desperate effort to make President Ghani and some of his team members in line and to support the peace process.

Regardless of what spin Kabul may put on the letter, Blinken has made it clear – even defense secretary Lloyd J. Austin had also indicated earlier that decision on Afghanistan will be based on facts and not emotions – that the US military mission in that country is almost over, despite Blinken’s expression of no-confidence in the Afghan National Defense Forces (ANDSF).

Another critical factor behind the Blinken letter, it seems, was the Taliban insistence on preserving the sanctity of the Doha agreement ( we signed it with the USA and not an individual, they conveyed through various means). This also implies the intra-Afghan dialogue should lead to an interim government, a proposal thus far totally unacceptable to Ghani.

“The transfer of power through elections is a non-negotiable principle for us, …I advise those who go to this or that gate to gain power that political power in Afghanistan has a gate, and the key is the vote of the Afghan people,” he said, without directly referring to a proposed international conference in Turkey.

Both Ghani, and his national security advisor Hamdullah Mohib, often tend to deflect pressure by dragging Pakistan into the conflict. Mohib did the same at a press conference in Kabul on Saturday, when he spoke of the links between Taliban and Pakistan. He also alleged that “peace talks are deadlocked because the Taliban are not interested in negotiations and have no will for peace.”

But this posturing is hardly in synch with the reality that Blinken is asking the UN to convene a meeting of all regional powers including India and Pakistan for a unified and unanimous approach on Afghanistan. By refusing to recalibrate their position on Pakistan, the Kabul leadership also overlooks another geo-political reality; the Biden administration views Islamabad’s support as the key not only to this conflict but also as a facilitating factor in Sino-US relations. Both China and Russia as well as Turkey, too, look up to Pakistan for its criticality to the Afghan peace and hence have thrown their weight behind it. The situation requires all stakeholders to step back from their maximalist position and dispassionately act in favour of peace for the millions of hapless Afghan people, who are sick of the perennial state of conflict and violence for nearly four decades.