Time to Sell Peace, not cliches 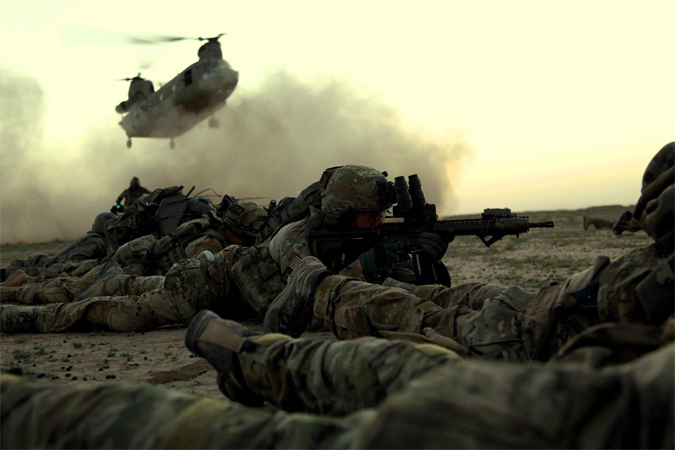 It seems that all those lobbyists – Afghans, Americans, Pakistanis and Indians – whose livelihoods are tied to anti-Pakistan postulations – find it difficult to stomach President Joe Biden’s plan to withdraw all US troops from Afghanistan by September 11 “to end the forever war.” A slew of print, electronic and social media posts would suggest that, despite the extremely calibrated decision by the Biden Administration – which also resonates Pakistan’s position on the lingering conflict (support for a responsible withdrawal accompanied by quest for an inclusive Afghan-led peace formula), these disguised lobbyists are totally brushing aside the conclusions that the administration drew based on information from multiple source.

A recent article in The New York Times (April 15, 2021) not only stopped short of literally derogating Biden’s decision (despite the litany of damning reports/assessments on massive corruption within the Afghan government and security apparatus by US officials) but also regurgitates the clichés which had been sweet music to scores of key officials in Washington.

Indirect advocacy for continuation of war and “villainization” of Pakistan appears to be a compulsion for those who refuse to take off the old glasses and thus unable to see that the United States, Pakistan, Russia and China are not frozen in the past decade. New ground realities in 2021 are determining their responses to the challenges they face today.

And Biden elucidated that in an unambiguous way during his landmark April 14th speech – thereby also debunking suggestions this or that country may be the major beneficiary of the pullout.

“So when will it be the right moment to leave? One more year, two more years, ten more years? Ten, twenty, thirty billion dollars more above the trillion we’ve already spent? Not now — that’s how we got here. And in this moment, there’s a significant downside risk to staying beyond May 1st without a clear timetable for departure.

“Just what conditions require to — be required to allow us to depart? By what means and how long would it take to achieve them, if they could be achieved at all? And at what additional cost in lives and treasure?

I’m not hearing any good answers to these questions. And if you can’t answer them, in my view, we should not stay.”

Biden’s questions indeed amounted a big spurn to all the affiliates of war lobbies , who thrived , and trying to thrive on , by demonizing this or that country. War-mongers or merchants of negativity, despair and falsehoods?

How could The New York Times let an opinion piece go uncensored by one of the authors of this article, the Delhi-based Mujib Mashal ? A close look at Mashal’s Twitter handle that he has been using over the past several years as NYT reporter in Kabul, betrays his anti-Pakistan bias . Working out of New Delhi for the Times, Mashal continues to project his anti-Pakistan narrate via Twitter.

A journalist may not personally like the course of events but to project personal biases into an article is professionally incorrect and needs a critical scrutiny. Not only this, such articles usually draw on like-minded intellectuals for endorsement of their personal views. And this NYT article is a perfect case study of this phenomenon.

The article squarely blames Pakistan without mentioning the fact that there are still around three million Afghans in Pakistan and the presence of Taliban members and families among them is not a revelation I believe.

In a professionally dishonest way, the anti-Pakistan advocacy mentions all the Taliban-related problems in isolation of the refugee presence in Pakistan and the security challenges it poses to the host country. Pakistan-based senior reporter also contributed to the aforementioned article. But strangely, he did not bother – for the sake of journalistic objectivity – to seek comments from dozens of analysts in Pakistan who think otherwise but he relied on comments made in a satiric talk show by a former ISI chief and a tweet by a Pakistani politician who is currently facing corruption charges and under detention.

They would still have the world believe that Pakistan exercised total control over the Taliban.

But, why would Pakistan go to Kabul for help in order to get TTP bases dismantled in Afghan border areas if it held such a control over the Taliban? It would simply ask them to cleanse the areas under influence of TTP and other terrorists operating against Pakistan out of Afghan border areas that are either mostly controlled or contested by the Taliban was

Pakistan may be one of the factors but repeated American studies, led by the Special Inspector General for Afghan Reconstruction (SIGAR) , blame corruption and warlordism along with tens of thousands of Afghan civilian casualties caused by US-backed Afghan forces – a big factor that has helped Taliban intensify their propaganda campaign against foreign troops.

Afghanistan’s state bank was robbed of hundreds of millions of dollars by people linked to successive Afghan ruling elites – including a brother of former president, Hamid Karzai.

Warlords like Abdurrashid Dostum, called a rapacious warlord and a born killer, has been accused of ordering the rap of an elderly political opponent and suffocating to death hundreds of Taliban prisoners was rewarded by Afghan President Ashraf Ghani promoted the notorious Uzbek commander to the rank of Marshal rather than bringing him to justice. Another warlord did not hesitate from ordering his private militiamen to shoot down Afghan special forces’ helicopters in recent weeks in a bid to defend their territorial influence.

Agents of despair and lobbyists for various components of the war economy need to take into account the endless bloodshed Afghans have suffered so far; this war has killed nearly 241,000 people, including at least 71,344 civilians, 2,442 American service members; 78,314 Afghan military and police; and 84,191 opposition fighters,” according to The Costs of War Project, housed at Brown University’s Watson Institute and Boston University’s Pardee Center.

All those dumping blames here or there or insinuating against this or that stakeholder should have mercy on hapless Afghans and pressure their leaders into a consensus over the country’s future. Digging up dead horses or parroting old clichés does not help peace. Collective peace is much more important than the livelihoods of a few. Investing in Biden’s anti-peace efforts or questioning Pakistan’s past motives will not take away the credit that belongs to it and is acknowledged by all regional powers.