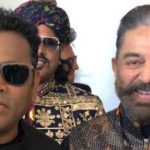 Tamil filmmaker-actor Kamal Haasan was seen with Oscar-winning music composer AR Rahman at the Cannes Film Festival. He also caught up with other members of India’s delegation representing the country’s diverse entertainment industry. Rahman posted a picture of himself with Kamal at the Cannes. While Rahman is part of the official delegation to Cannes, where […] 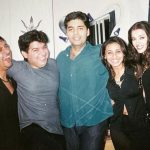 Choreographer-director Farah Khan recently shared a throwback picture dating more than two decades back. The picture shows Dharma Productions head honcho Karan Johar in simple clothes, who otherwise is seen wearing clothes from some of the best designers across the world. In the picture, which is from Farah’s housewarming party after she bought her first […] 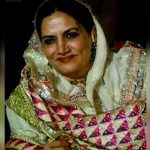 I wasn’t groomed by her to be an actor. She didn’t need to live her life through me. When I decided to become an actor she reserved her opinion of me till she saw Ankur at a private screening. She turned back to where I was sitting and exclaimed loudly, “Bete, tum bahut achchi actress […] 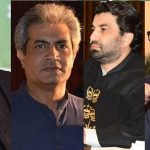 Punjab Governor Omar Sarfraz Cheema has highlighted ‘constitutional violations’ in the election of the Punjab chief minister held earlier this month in a six-page report he shared with President Arif Alvi on Sunday, a private TV channel reported. The report came to light a day after the Lahore High Court (LHC) asked President Alvi to […] 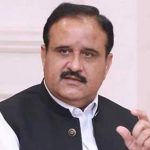 Punjab Chief Minister Usman Buzdar has prepared a summary to dissolve the Punjab Assembly, a private TV channel claimed on Saturday. According to the TV channel, the CM House has developed the summary on Buzdar’s advice and he may sign the document if PM Imran Khan agrees to the suggestion. The TV channel also claimed […] 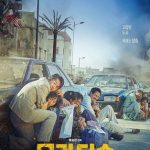 This political drama from South Korea tells the amazing true story of a daring escape by North and South Korean diplomats from Somalia in the early 1990s as all hell breaks loose. It was South Korea’s entry for best international feature at the Oscars and has that highly polished, top-quality solid-weight feel. What makes it […] 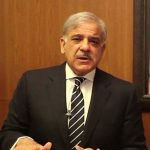 PML-N President Shehbaz Sharif Wednesday suggested formation of a national government minus the PTI. “A national government excluding the PTI should be formed for the next five years,” Shehbaz said in an interview with a news channel. Shehbaz however made it clear that it was his personal idea saying the new leadership that comes into […] 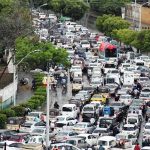 In absence of a mass transit system and with growing numbers of vehicles, Karachi is only five years from a complete traffic disaster, experts have warned, a private TV channel reported. NED University of Engineering and Technology Saturday held a workshop on Karachi’s traffic woes to find sustainable solutions for the problem. Vice-Chancellor Sarosh Lodhi […] 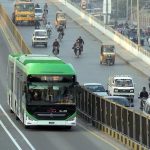 Commuter using Karachi Green Line bus rapid transit system have complained of mismanagement and said that they are being overcharged on tickets by the operator company, a private TV channel reported. They say the bus service was introduced for their ease but it has become a headache because every day they have to face several […]