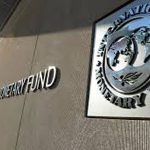 Laissez Faire is a term heard at the core of classical economic school of thought. However, the moral of this story is not classical economists like David Ricardo or the much famed Adam Smith but instead, a slow forth journey tracing the origins of economic transformation. To say any one classification is right and the […] 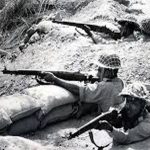 A Hindu tribe, more than three hundred kilometers south of Lahore, matured by the name of Mul, later went into synonymy with Mulasthana. Alexander the Great’s conquest towards India made this plateau-merged terrain, the capital. The city later bore status of a bystander to the likes of the two Afghan wars. However, as the name […] 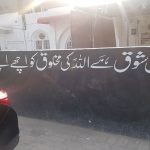 Everything about the Mughals was nothing short of mammoth grandeur. In 1646, they created a gateway to a garden in Shah Jehan’s regime. It was no ordinary gate but instead a four dimension built, with complete symmetrical structures on all four sides. The degree of their extensive effort on creating architectural jewels makes us long […] 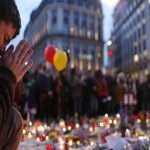 The Oxford Dictionary quoted an evolved version of the preliminary Latin utterance ‘terrere’ (translating to cause fright), by the name of ‘terror’, in 1794 post the guillotine emblematic French revolt. Unequivocally devoid of Muslim flotsam and jetsam, acts of violence or duress into submission from tyrannical pursuits employing fear tactics would follow no chronological commencement. […] 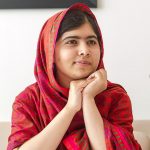 The case first sprung to life in 1880, with the Pashtun folklore proclaiming her grave, a shrine, and the British titling her existence “The Afghan Jeanne D’Arc”. Malala? No. This was Malalai, whose mere words drove the Afghan soldiers of Maiwand to take to battle. And by the way, they won. The British ended up […] 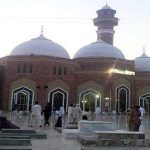 Setting barefoot upon the brittle carpeted steps that lead to Baba Farid Ganjshakar’s shrine in Pakpatan, one can’t help but wonder if the drumming qawal gets informed of each devotee’s arrival. The beat of the drum echoes in the ears as the carpet withdraws and marbled flooring appears – reflecting a sharp frame of the […] 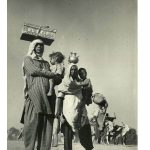 “How would you define victory grandma?” “Victory lies in the attainment of peace.” “And disaster?’‘ “The sort I saw in 1947, in my hometown of Gurdaspur.” My grandmother was born under the name Aupinder Preet Kaur, to her Sikh family of three daughters and two brothers. The town, Gurdaspur, a verdant plain of the Punjab […]