A case for the Homecoming queen 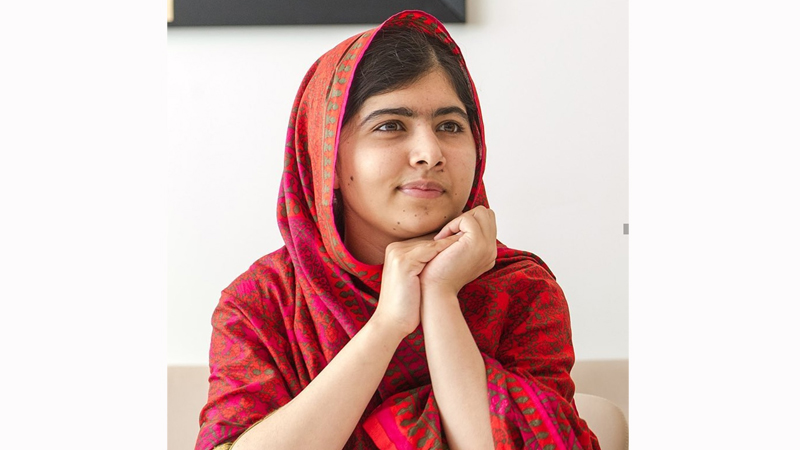 The case first sprung to life in 1880, with the Pashtun folklore proclaiming her grave, a shrine, and the British titling her existence “The Afghan Jeanne D’Arc”. Malala? No. This was Malalai, whose mere words drove the Afghan soldiers of Maiwand to take to battle. And by the way, they won. The British ended up annihilating the woman, who if God knows was to live, what havoc she would entail.

So why was this woman being honoured? Did she actually lay her hands down on the battle field and progress to scathingly grab ammunition and behead a few white soldiers? Well, not as history recalls. The actual battle that brought invincible freedom to the Afghan frontier was by indeed the men who gave it their, sweat, blood, and muscle might. Thus, her relevance was preaching with the Afghan flag clasped in hand and words that fueled emotional horsepower.

After more than four years, Malala Yousafzai returned to her birthplace, in fact, to a town, where her skin, muscle and skull were penetrated sharply at a monumental velocity and forced to rip open gushing out wounds with a streamlined metal object, a few millimeters in motion. To say that she had been aloof to this traumatic expose would be self doubt for any individual.

Sooner than later, comparisons of her verdict with APS attack survivors were thrown around, along with the questioning of the government aided security and protocol visits to educational institutions. Then came the monotonous intrigue of what has Malala done or achieved? When various atrocities in all walks of life make it a daily happening in the state and are paraded once or twice for a few days on the ticker streams of the television, why was her ordeal in comparison to all those so gallant?

Rational comparisons will question the minds of many and eventually render them helpless at the mad circus of fame as it may appear. However, uncovering rationales that science can’t explain are better dealt with behavioral sciences. According to the laws of psychology, emotional responses will be based on advertisements and their ability to reinforce and condition the consumer behaviour more than the quality of the actual product itself. With that micro concept being applied to masses, the mystery may stau unresolved.

Today, the name of a 15-year-old Pakistani girl is globally synonymous with a trail of celebrities who endorse her messages. It forces us to ponder how many more Pakistani names could have been refracted through our entire universe, if they too, chose to be vocal and not settle on the list of ‘vanquished by repression’

Though there is truth in all above statements and questions, there also exists a factual consensus being massively overlooked. An individual despite his or her struggle will eventually be identified on a global level by the perception of other human beings that may accept or reject him/her within their parameters. The difference between Malala Yousafzai and all such individuals targeted by non state actors and their counterpart criminal startups is that she chose to be vocal.

Malala gets criticised for using her words to start the discrete BBC ‘Gul Makai’ Blog, reporting the slow ordeal of a state losing its very own territory each day to violence, chaos, and turbulence. However, it would have made more sense to object if there was no truth in her words. Today, with the state policy aimed towards eradication of such menaces, forces have been factually shifted to support a present, serene and habitable ambiance within the very same region. The question now would be: Do we silence the oppressed or annihilate the oppression existent? For some, however, it seems an effortless conclusion to merely hush the oppressed, as it’s tidy enough to purchase and impose fear than it is to provide the effort entailed for nipping the root cause of destruction by the bud.

What Malala wrote or was coerced into writing by the adamant support of her father was probably the emotions felt by all the inhabitants of the town; however, the difference between them and her is a litmus test away in today’s chronological order.

Education is indeed a right that most of us despite being prominent recipients of it, as though offered to us on a platter, tend to take for granted. Perhaps her family’s heyday included running the academic institution, and on a personal level, it meant far more to her than it did to those of us that continue to fail to appreciate it. A well established warning followed once again by the entrepreneurs of terrorism, because it’s far more convenient to jolt people into submission than it is to influence them with love. Malala set out despite the red flags on a normal day, doing what a normal student is expected to do: take a bus from home to school, and then back home from school.

However, notwithstanding the act of normalcy, there lies a deep rooted operation of valor that was disposed to face tyranny where she chose not to reside home and be labeled vanquished by the so called victor, in commission through fear. Attacked and vocal, in continuation with her verbal engagement of self expression, Malala reached out to the global world in aims of inducing humanity first and nationalism later, because indeed, humanity supersedes all.

Thus, the distinction lies in the fact that she choose to tell her story over and over again amongst all that alleged to fight coercion and all those that were fervent to lend an ear. The inquiry was not on how far she went but instead on how she vowed to make sure her story circulated at all existent platforms .Today, the name of a 15-year-old Pakistani girl is globally synonymous with a trail of celebrities who endorse her messages. It forces us to ponder how many more Pakistani names could have been refracted through our entire universe, if they too, chose to be vocal and not settle on the list of “vanquished by repression”.