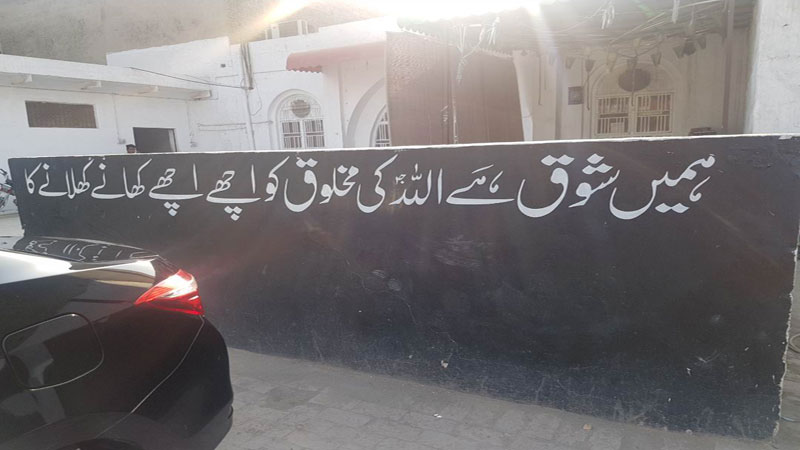 Everything about the Mughals was nothing short of mammoth grandeur. In 1646, they created a gateway to a garden in Shah Jehan’s regime. It was no ordinary gate but instead a four dimension built, with complete symmetrical structures on all four sides. The degree of their extensive effort on creating architectural jewels makes us long for perhaps another century of their presence. Alas, with Bhadur Shah long gone, all we hold are brick based structures that cease to subsist with escalating obscurity brought each day by environmental havoc and natural putrefy.

In the early 90s, Chaburji was a well placed round about that had traffic and road networks linking all parts of the city from its centre. Once the car took a turn for Gulshan e Ravi or towards GOR 1, this four dimensional red brick structure in its gallant form was unfeasible to neglect. Cars would pass by slower and motorbikes halted as though for a micro second, standing still and appreciating it as a part of the heyday glory. Fast forward to 2018, the route to Chaburji—a few would dub as renovation, urbanisation, commercialisation—is now a massive concrete jungle.

(I came to meet you, with the excuse of eating food together, so meet me if you must, otherwise I will be cross forever) -Laung Gwacha (Lost nose pin)

Chaburji’s well-shielded gastronomical franchise functions wholly on the foundation of its eminence with a non-existent focus on its ambiance, yet if hygiene is maintained it could be a magnet for the urban crowds as well

Indeed, all routes leading to Chaburji have long been forgotten for Shah Jehan’s garden and are instead paired in harmony with an age old local food house called ‘Khan Baba’. Be it lunch, breakfast or dinner, ‘Khan Baba’ has proved its quality more than once, and it was placed on Cheetah Food app’s list of ‘stuff of legends’.

Going there for exactly a ‘Roti da bhana’ (excuse for eating food) , one stumbles upon a worn out white metallic gate last seen in the 1970s.The gate leads to a narrow alley that could barely fit a car in width yet opens up to a vast parking space in the form of a courtyard. The structure reminds one of a cemented village compound, white washed for expediency with an unleveled track.

Entering the main dining hall, the scent of placidly raw mutton atoms scattered in the air forces to enter ones nostrils almost too assertive to be disregarded. For a few minutes, it puts one’s appetite into jeopardy until habituation of the atmosphere soon eradicates the stench.

The hall is as plain as the syllables of the word—cemented walls, basic air conditioning, plastic furniture, steel utensils, no decor or back ground music, extra bright tube lights and a mighty portrait of ‘Khan Baba’s’ owner.

For starters, Seekh kebab, Mutton chops came swishing in minutes. The Mutton chops are deep fried in lamb fat reminding one of the succulent pata tikkah in northern Pakistan that is deep fried to aptness. Lamb never tasted so luscious and was spiced to knockout the palette so deep that it could transport instantly back to 1626 when all things were regal and majestic. The seekh kebabs (mince meat rolls) were devoid of any animal fat, pure meat tenderised upon skewers massive in size driving the imagination frenzy to its highest pinnacle. Was this real? How on earth could food taste so sensational that it tantalised each taste bud?

The main course placed three plates each of pullao (chicken flavored rice), mutton kormah (lamb gravy) and daal gosht (lentils with lamb) as well as chicken karhai (chicken curry). The rice tasted oriental as though it wasn’t a chair we were seated upon but instead a charpai in an age old haveli, as each rice grain was drenched in desi ghee (clarified butter) and packed with sharp lamb stock by notes of the ideal synchronisation amid spicy and insipid.

Daal gosht can indeed not be made any other way except the Khan Baba way—deep fried tender, fat free pieces of grass fed lamb, cut and slow cooked to aptness with lentils in pure clarified butter and flavored to create a blast within the mouth paired with wafer thin roti (round flat bread). 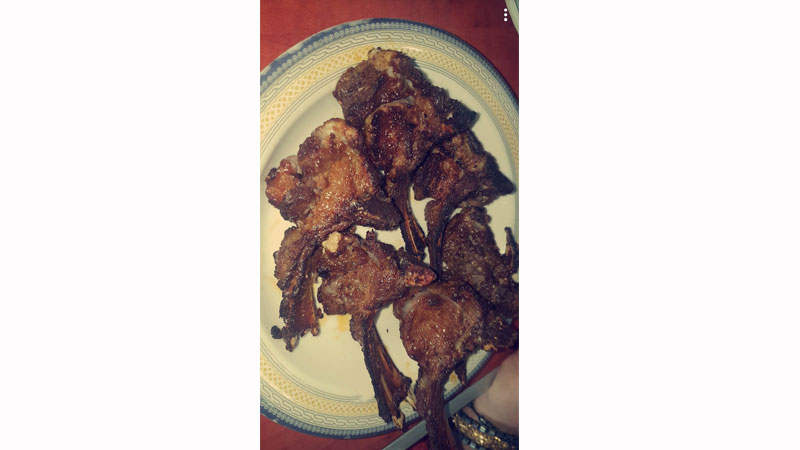 Each entree is priced at one grand, per order, the quantity is a subject of confrontation as the rice or the lentils and meat were unequivocally scarce for two with their higher than most fine dining entree rates. Chaburji’s well shielded gastronomical furtive functions wholly on the foundation of its eminence, with a non exisistant focus on its ambiance, yet if hygiene is maintained it could be a magnet for the urban crowds as well.