Mulasthana’s doomsday — horrors of the 1965 war

Fear tussled Muhammad Arshad's family of seven, as they clung across concrete walls under one roof. The army sent announcements minutes ago 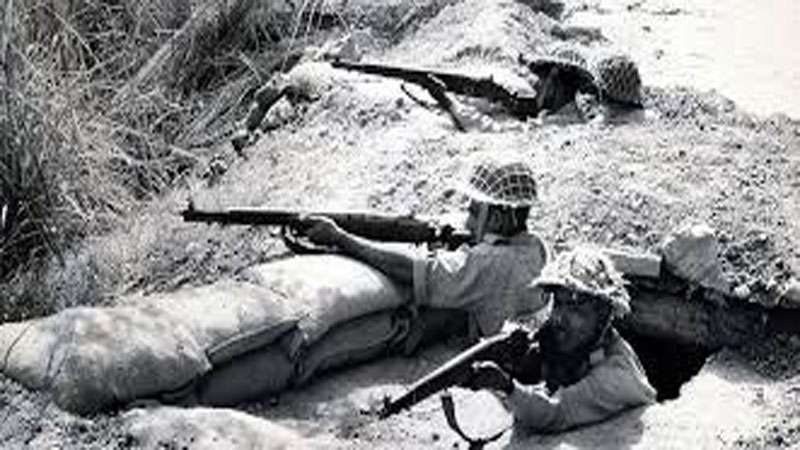 A Hindu tribe, more than three hundred kilometers south of Lahore, matured by the name of Mul, later went into synonymy with Mulasthana. Alexander the Great’s conquest towards India made this plateau-merged terrain, the capital. The city later bore status of a bystander to the likes of the two Afghan wars. However, as the name morphed into Multan, it saw its first personal horror show in 1965.

The hour hand of the clock struck eight, and the minute hand pointed at the digits between four and five. Not one person in the room could have a handle on which one it was, as the last light gave away to a plethora of aburt dusk. Austere, they said. The city soon gave way to more than eight billion square feet of hush. The collapse of sound vigour was rendered by none other than ‘terrere’, as the French once called it. Trepidation gripped every mortal in the town.

“By the toll of a billion deaths, man has bought his birthright of the earth, and it is his against all comers..” – H.G Wells, ‘The War Of the Worlds’.

Death, can be felt stronger in instinct when it covers kilometers sooner than any human fashioned transport. Multan was warned of night time, air attacks by the once neighbouring province, later country, and now enemy escalating levels of combat.

This was no hoax. The earth shook, and a fast smell of burning rubber followed alongside scattered earth atoms dispersed within the air. The little ones covered up their ears, as the elders reassuringly shook fingers within their ears and continued jumping across the room

Death smells of apprehension. Fear tussled Muhammad Arshad’s family of seven, as they clung across concrete walls under one roof. The army sent announcements minutes ago, ordaining to evade any sort of bustling causing radio wave detection. His two sons, aged twelve and ten, hid below the bed as did their seven-year-old sister. His wife, Baghbhari moved back and forth to craft their infant child serenity, such as to preserve calm.

“Sister, what if this was the last time we all sit together in this room?”

The state of affairs got severe by the minute, as the family of seven sat across, all unequivocally under the bulk by fretfulness. The clock previously discernible by the faint illumination stretching across the dim room, was now immaculately out of sight. The resonance of the minute hand was all that helped Arshad calculate the time which elapsed.

“Abu jee, why are you counting?” whispered Habiba.

“Habiba, quiet! You made me forget where I was! Twenty five… No, it was twenty four,” Arshad revaluated.

“FARESHTAYYYY!” all the six called out in union of equal rage, profoundly.

Fareshtay’s cochlea began to intercept sounds from imaginary bombs at this point.

“Arshad bhai jaan, may I request something?” Nazeer asked as his hands shook.

“If you must!” retorted Arshad.

“NAZEER ARE YOU MAD?” yelled Baghbhari, as she slapped her brother lightly upon the head.

Arshad grabbed the infant baby from Baghbhari and rocked her within his arms to halt her wailing. Indeed, the warfare affianced in this mêlée was one that Arshad only came across during his duty in Burma, as a limb of the Raj’s armed forces during the Second World War. He knew war protocols, but to face them once again, after witnessing two wars, one in India and later, the Partition, was a degree that no Pakistani was equipped for.

Suddenly, the room lit up an orange hue, as everyone turned to look across. Nazeer, in his desperation to elude the setting, lit up his cigarette.

“Nazeer! You are going to get us all killed! One light, and the planes shall turn this way!” Baghbhari explained.

After an estimated twenty minutes, the room could no longer hear Arshad’s familiar voice. A door creaked open twice, as Baghbhari wondered in incredulity where her husband had disappeared off to. She waited a while before experiencing an audible range of footsteps, which brought familiarity of Arshad’s morning duty. She made out the stars and badges glimmer in the murk of the night. What was this? Was this a ghost in her husband’s army uniform?

“It’s your husband! Not his ghost yet Baghbhari,” Arshad recoiled at her.

“Why on earth are you in your uniform?” she inquired.

“You never know! It’s war time. Any moment could be an emergency!” He exclaimed. 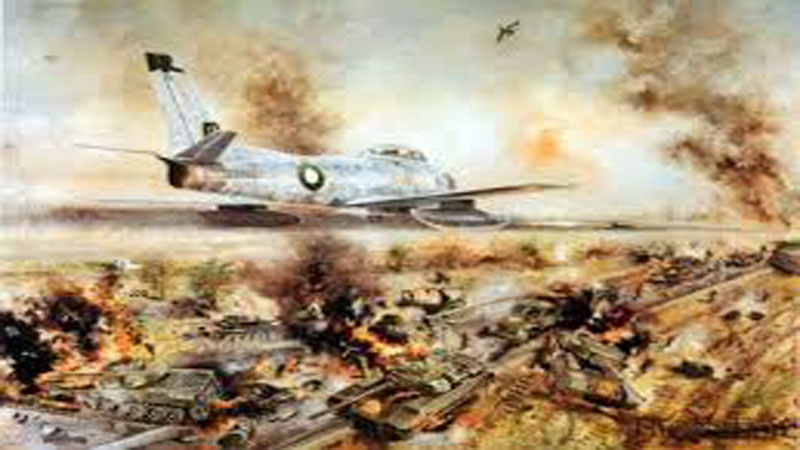 Baghbhari, by now, was convinced that everyone in the room including her husband had lost all the last shards of remaining sanity. She held the weight of her forehead by her palms and let out an inaudible laugh under her breath.

Suddenly, the surroundings went taciturn. An echoing voice of an object trampling against gravity made waves across. This was no hoax. The earth shook, and a fast smell of burning rubber followed alongside scattered earth atoms dispersed within the air. The little ones covered up their ears, as the elders reassuringly shook fingers within their ears and continued jumping across the room.

A while later, the sound matured, and everyone made it unscathed and alive. The morning reports had it: a bomb was indeed dropped repeatedly, but a few miles towards the outskirts of Multan.

Years later, the Indian pilot seated on the very plane attacking the periphery of Multan that night in 1965, revealed a strange phenomenon. He claimed as though three elderly men stood by near the spectacle of the premeditated attack and wedged each bomb with hands larger than that of an archetypal creature, one after the other, vanishing into thin air. The morning later, no fragment was instituted, nor was any casualty reported. Thus, all of Multan heard the cataclysm, yet no one was struck by it.