Destiny and fortune are what the vendors sell 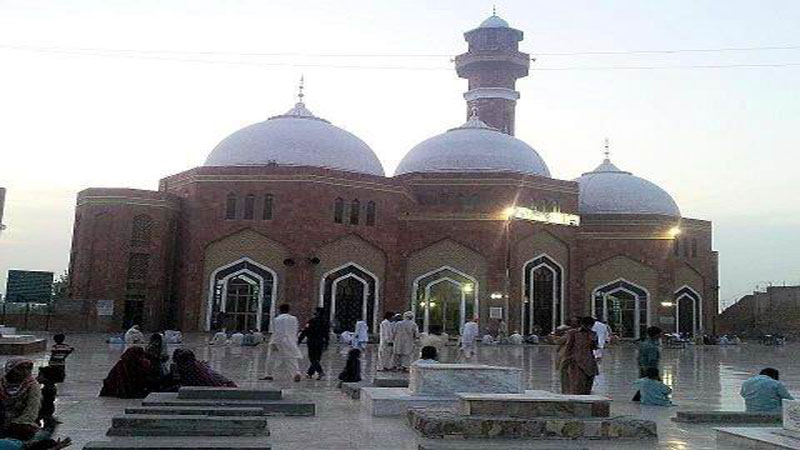 Setting barefoot upon the brittle carpeted steps that lead to Baba Farid Ganjshakar’s shrine in Pakpatan, one can’t help but wonder if the drumming qawal gets informed of each devotee’s arrival. The beat of the drum echoes in the ears as the carpet withdraws and marbled flooring appears – reflecting a sharp frame of the shrine in front.

Amassed here are humans swarmed together in all but mostly similar attires – echoing simplicity of decades long gone, and silently yet consciously reflecting on their modesty. You do not see riches or the rich gathered here, you merely see humans, humans that perhaps might earn no more than the universal poverty line standard, yet they storm here as though a giant celebration is in order. Partially they are correct; the annual urs (gathering) is a few days away. The question remains steadfast, what brings them here? What would bring anybody to this town embedded in the bosom of south Punjab once called Ajodhan.

Circling this shrine are open door vendors, marketing shrine relics and essentials, attracting the diehard devotees. Destiny and fortune are what these vendors sell, not mere relics. Marching up to the tomb and once inside, Persian poetry can be seen inscribed upon marble walls, reflecting the era of Delhi sultanate architecture in its prime. One can also see the words of Sufi Khawja Gharib Nawaz, implying that service of the poor is the highest form of worship. The shrine unequivocally holds up the sufi message even 700 years later. The men and woman treading foot upon Baba Farid’s final resting place are, by a majority, the poor only.

The rituals of Thursday prayer gatherings have been going on for more than 700 years, under the same format and language

The drums beat louder as the collective prayer proceeds, read out by one of Baba Farid’s kin in Persian, just as Nizam Ud Din Aulia would recite. The ritual has been maintained for Thursday prayer gatherings for more than 700 years, following the same format and language.

The people there presented an aw-inspiring picture: tan skins, wrinkled faces, small frames, unkempt hair, often a shade of bright orange, baggy shalwars, ill-fitting shirts, barefoot with anklets and necks full of black threaded necklaces worn in spiritual majestic submission. There was no one judging them; men and woman were free, sat where they liked, huddled in competitive parallel arrangements in order to get closer by the Sain’t grave.

The Sufi of Punjab

It was indeed the age of sufis when Baba Farid first came here with his vast knowledge from Baghdad, India and Syria. His message encompassed universal laws- promoting balance and harmony at their core and the quest to find solitary ecstasy in being uniform with their creator. Thus Hindu, Muslim, and Sikh all believed in Baba Farid’s humility as though not a word he spoke was any different from what their soul longed to hear. Baba Farid’s preaching reached out to the human soul and spoke of its purity verses the existent evil.

The fifth Sikh Guru, Arjun Dev, speaks of Baba Farid in the Granth Sahib as,

The attribute that contributed in Baba Farid’s unraveled fame was his ability to empathise and his deep rooted belief in serving humanity. He believed in consciousness so sharp that it could activate the heart as the core of understanding. With diligent reverence and meditation he achieved an intuition unlike that of the ordinary human being.

Nobel Laureate Doris Lessing believed in holisticaly following the sufi path. She wrote, “They will find that the word mysticism has lost its bizarre associations and that the way of the sufi reveals itself as a sophisticated view of life, embodied in people who through the centuries have always been in advance of their time”.

The sufi, they say, never dies. His soul echoes within the ambiance, he can be found in the silver door titled Bab-e-Jannat (door to heaven) or within the pulsating qawal’s yelping sounds, with the dhol and tablas (drums). If you hear closely you can hear his voice amongst all the men and women gathered.

The crowds gathered dwindling, trying to uncover a mysterious possession that goes by the name of hope. No one knew where it is or what it looks like but they all claimed that if found, life could take a new turn. The youth reciting religious sermons in groups sat at the shrine, hoping for a miracle. It looked as though their lives would meet a tsunami of good fortune. If within instants, the mysticism that the sufis practiced would benefit all those celebrating the ambiance even 700 years later. The spirit resonated Baba Farid’s verse that says, “I thought I was alone who suffered, I went on top of the house and found every house on fire”

The enchanting town of Bhawalnagar

Taking three hours to escape the crowds alive, the next stop across the road was Bhawalnagar. The town road swore to give a chronically toxic bumpier ride, a teaser of road safari- beating any dessert safari experience. A town that happens to be country’s largest grain market was a sight for the sore eyes.

The children played barefoot, half naked on a railway track that once led straight to Ferozpur and Amok in India. Tuck shops were selling refreshments alongside repair shops for tractors. The dust and wild moss covered deserted yet vast British era estates. The town did not have any carpeted cemented roads but instead temporary structures in the name of main road. The British Raj building was the closest to urbanisation in all the surroundings.

The road, as it stretched, came to a point where India stood at a potential flashpoint of mere five kilometres and opposite towards the right was the province of Rajhistan. The town of Bikaner stood by, hovering across the rail road track strategically laid by the British to separate sweet water pockets from the once arid zones which have now been fully irrigated.

Fields lay amongst barren British Raj era landmarks .Various structures hovered without roofs and even walls. These, perhaps, once stood witness to a time that now could only be visited through history.

Even after 69 years, the rate of development remains unprecedentedly below the mark. Only few private petrol pumps stand across the road. The journey back to the centre of the province was only a matter of a few hundred kilometres. However, in terms of development, it still seemed to be several years apart.