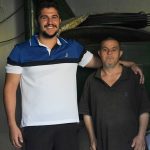 Sader Issa, a dentistry student in Syria, couldn’t be prouder of his beloved father Jad. Shattering common misconceptions about those with Down Syndrome, Jad raised his son with the utmost devotion, providing him a life filled with love and never leaving him wanting for anything. Wanting to raise awareness about the condition, Sader shared his […]

FAISALABAD: An Anti-Narcotics Force (ANF) team on Friday foiled a bid to smuggle heroin from Faisalabad International Airport through a Dubai-bound flight. According to the ANF spokesman, the accused person concealed six packets of heroin in his bag and during checking at the Faisalabad airport, the authorities caught him red-handed trying to smuggle it. “The seized ice heroin weighed around one kilogram […] 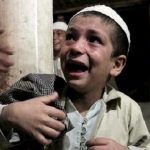 Police arrested the cleric, after his video beating a minor boy with plastic pipe in Mardan’s madrassa went viral on social media. The video has showed that a man, when listened to the screaming of a child, entered in the madrassa to record the scene. The minor boy ran away when the man, who was […] 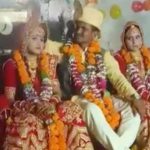 The Gudavali village in Madhya Pradesh’s Bhind district witnessed two women, who are cousins, marry the same man at a wedding ceremony recently. The groom is Dileep, a native of the village. According to reports, it was Vinita, Dileep’s wife, who asked him to marry her cousin Rachana. Both Vinita and Dileep have been married […] 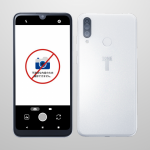 The trend for sharing explicit selfies is fuelling a surge in blackmail, with cases up almost 60 per cent across the world in a year. A phone firm has dreamed up a new way of helping exhibitionist humans preserve their modesty. The latest handset from a Japanese company called Tone Mobile is fitted with artificial […] 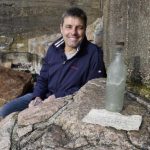 British man walking his dog on a beach found a message in a bottle that had apparently been drifting in the water for nearly 82 years. Nigel Hill said he was walking his dog on the beach in the Bel Royal area on the English Channel island Jersey when he found the glass bottle containing a letter […] 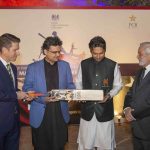 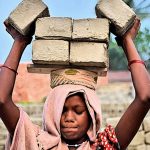 ISLAMABAD: The representatives of civil society have demanded from the concerned quarters to set up a regulatory body to settle longstanding issues of wages of women brick kiln workers as the absence of any such regulatory body creates professional problems. According to the Brick kiln Owners Association of Pakistan, there are 15,000 to 18,000 brick kilns […]