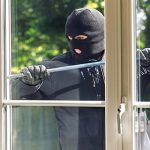 LAHORE: Robbers looted a house within the jurisdiction of Lahore’s Defence police station, police said on Tuesday. According to an FIR, a burglar entered the house by breaking a washroom window. He made off with 100 tola of gold, Rs5 million in cash, foreign currency worth one million rupees and another Rs1 million worth of […] 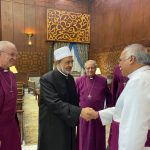 The Church of Pakistan (CoP) has proposed to replicate the Christian-Muslim dialogue between the Anglican church and leading scholars of Egypt’s Al-Azhar University to foster interfaith harmony and peace in Pakistan. According to a statement issued by the office of the Church of Pakistan (CoP) Moderator/President Dr Azad Marshall, the proposal was floated during a […] 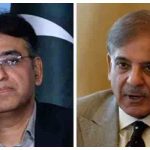 ISLAMABAD/LAHORE: Federal Minister Asad Umar says the cantonment board elections have proved that PTI is the only majority party in the country. He asserted that Imran Khan is the only national leader. In a statement on Twitter, after the polls wrapped up and unofficial results were in, the federal minister tweeted. He said that the […] 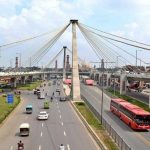 The new contractor of metro bus service resumed the operations from today (Wednesday). Lahore’s Metro Bus service has resumed its operations with a fleet of 55 vehicles after an 11-day break caused by the strike of the drivers against the previous contractor Albayrak over non-payment of dues. The prorogation of the bus service from Shahdara […] 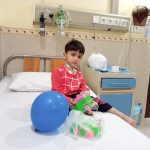 Muhammad Wadan, aged 4 years, a resident of Mardan was suffering from repeated chest infections and Dyspnea on mild exertion since birth. Upon cardiac assessment, he was diagnosed with ventricular septal defect (VSD). He was advised by his cardiologist to undergo open heart surgery for VSD closure. For this purpose, he was admitted to Ittefaq […]

LAHORE: The Lahore High Court (LHC) on Thursday withdrew bailable arrest warrants of assistant commissioner Shalimar Town, issued earlier over non-appearance in a case. Justice Shahid Waheed passed the orders while hearing a  petition filed by Muhammad Munir and others for transfer of their inherited land. As the proceedings started, Deputy Commissioner Muddassir Riaz Malik […] 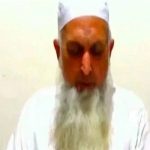 LAHORE: Mufti Azizur Rehman’s physical remand has been extended by the Lahore court for another 14 days. The Mufti was arrested on charges of sexual assault of a seminary student. The court ordered police to issue a challan against the defendant as soon as possible. The police produced the cleric before Judicial Magistrate Rana Rasheed […]

LAHORE: The Lahore police has there was no evidence of rape on the body of the model girl, and the murder attempted to frame it as a rape case by leaving the dead body naked in the flat. According to police, call data from the victim’s cell phone has been obtained, and the police, an infestation […] 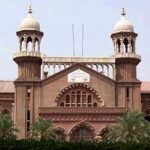 LAHORE: The Judges of the lower judiciary are barred from using social media by the Lahore High Court (LHC).  They have been directed to quit all platforms except for official Whatsapp groups. The LHC released a circular on Friday, that the provincial high court banned the use of social media by the lower courts’ adjudicators […]

LAHORE: The families of a newly wedded couple had a fight inside the Lahore High Court (LHC).  The families were present in the court in a case regarding the couple’s love marriage. The bride’s family alleged that the groom’s side threw red chili powder on them.  The security at the LHC arrested the woman who […]