4 Ronaldo donation reports that turned out to be false

Cristiano Ronaldo is one the best footballers in the world, for some the best, but there is a whole lot more that goes outside the pitch than inside.

The former Real Madrid star has been linked to a lot of donation-related news, but most have turned out to be false. Although, Ronaldo is an extremely charitable person, but sometimes, his fans and click-baiters go an extra mile.

The latest in the long list of false reports that circulated just recently. However, neither Ronaldo, nor his club or an authentic media outlet has reported it.

Back in the day when Cristiano won the Golden shoe – award for the season’s top scorer, people started to stir rumours that Cristiano has donated his prize to the people of Palestine, who were, at that time, being persecuted by the Israeli regime.

The shoe, however, still lies nice and shiny in Ronaldo’s trophy cabinet, and was only circulated by a click-bait website, and was spread like fire.

When Nepal was hit with a devastating earthquake, rumour had it that Cristiano Ronaldo donated around 7.8 million dollars to the relief. 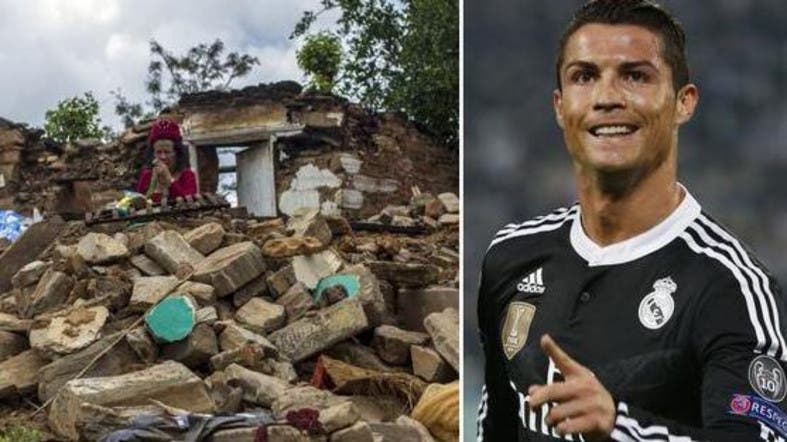 The rumours were, however, rejected by Save the Children NGO, and needs no further mention.

The football world was left in shock and sorrow when a plane carrying a Brazilian football team crashed, killing all but one of the footballers.

The rumour-ists, however, did not stop there too and stirred false rumours again claiming that Cristiano has donated 3 million to the team, which were later proved false.

While Cristiano Ronaldo has done a great deal of remarkable humanitarian work e.g. donations to the people of Syria, paying for surgeries of his fans among several others, people still use his name to stir false reports, which do no good to either the footballer or the sport.