True spirit of democracy is need of Pakistan 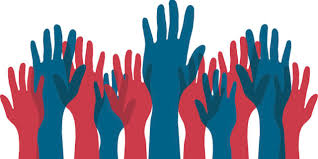 Evolution of the political system in the world, serves mankind with a variety of forms of government. They took their present form by burning for centuries into the furnace of human misery, bloodshed and warfare. These forms of government are molded in order to make the causes of prosperity, justice and welfare effective. The purpose of a government is not only to maintain law and order but also to provide equal access of opportunities to the general masses. Governments fail, when they become unable to protect the sanctity of the above mentioned purposes of the government.

Democracy, is one form of the government, means government of the people, for the people and by the people according to Abraham Lincoln, who revolutionized the American society. Throwing light on the democratic norms of a political system, it encompasses transparent and true representative government having long term policy goals and which works for national agenda instead of individualistic demands and whims of the party. Democracy does not necessarily mean formation of a legislature on the basis of population, but the true spirit of democracy lies in interpreting the voice of the people to the upper chamber of the house.

The Pakistani nation, call their homeland a democratic state since they are given the right to vote and their chosen representatives make policies according to the will of the people. But the leaders of the nation, after coming into power, tune the government pattern from democracy to autocracy. In democracy, the power is devolved between the people and the rulers whereas in autocracy, the power is concentrated into one hand. Innocent citizens are being fooled by sham democracy because the true geniuses of democracy never existed in the political culture, however, whenever the practice of democracy was attempted, the country fall into the abyss of provincialism.

The political behavior of the chosen representatives demonstrate that they took steps on the lines of an autocrat and not according to the general public will. Political history of Pakistan gives ample evidences in which the behavior of democratically elected leaders turned into the conduct of an autocrat.

After the birth of the new country in 1947, Pakistan, the first elected government came into being in 1971. Prior to that, governments were established by the wishes of the stakeholders owing to the absence of any constitution for separation of power and determination of quantum of rights and obligation.

The first blow of democracy, was the shaping, de-shaping and re-shaping of governments by dissolving assemblies by Governor Generals or Prime Ministers in the first decade of Pakistan. On 24 October 1954, for instance, emergency situation was declared all of a sudden in the country, moreover the legislative assembly was dissolved, and a new cabinet was established under the leadership of Muhammad Ali Bogra merely because of political crises and hegemonic struggle. In the whole episode, the public had no share. Dissolution of the assembly (representing the people, however, not truly but partially) by a sole person is stabbing a dagger in the democratic culture of the state.

Democracy and dictatorship (a form of autocracy) are always parallel, but they go into opposite directions and they never intersect each other. But Pakistan has been a witness of many instances, when the country was subjected to democracy and dictatorship simultaneously in the Bhutto’s era by mid 1970’s when he ordered a partial Martial Law in some cities. For this anti-public and non-political step he also got a constitutional  amendment passed from the legislative assembly.

Soon after the formation of the new constitution in 1973, political parties, through their elected members in the Majlis, started efforts to amend the Constitution not to serve the nation but to serve their own purposes. Likewise, leaders proposed amendments to amalgamate their powers into their hands and concentrate as much as possible into the center eventually initiating orphanage of the provinces. In the contrast, a federal democratic state, works efficiently on the principle of making the provinces autonomous with a weak center holding them together tightly. Hence, since its inception, the political system was derailed on a destructive track.

Last but not the least, the most striking feature of democracy lies in transparent and true representation. Government is transparent when election procedure is purged with all kinds of rigging, deceit and mal practices. Unfortunately, like previous governments alleged guilty of large scale rigging and the present government is also being accused of rigging in some constituencies.

Coming into power, not by people’s choices, but by the use and abuse of power, is not democracy in any sense, it’s the worst form of autocracy by scrutinizing it from the prism of despotism.