'The newly formed alliance of GDA  perhaps be the substitute of the PPP , but the same politicians will rule the masses of Sindh' 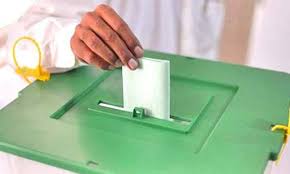 The general election for 15th constitution assembly is all set to be held on July 25, 2018. The political environment of the country is once again under the grim of arch slogans with new wordings. No party has become successful in their initial phases of ticket distribution to award the tickets to young and qualified persons who could benefit in the policy making for the larger interest of the country. Pakistan People’s Party has traditionally awarded the tickets to its all-times electables. Similarly Pakistan Muslim League –Nawaz  distributed party tickets to the most favourites. The musch discussed Pakistan tahreek-e-Insaf has alos failed to bestow tickets to new faces as per its promises. After the exodus of PML-N leaders, it has also failed to award tickets beyond its family and friends.

In Punjab, PML-N fiasco paved the way for PTI to embrace all the electable for what it ignored its principles louded in its rallies since last 5 years. In the political history of the country, electable are always seen as parting their ways with the party after enjoying full tenure with the government and they come back to  bag the votes to their voters with popular slogans. Recently many parliamnetarians form South Punjab parted their ways in the last month of previous government of PML-N and formed like-minded group and raised slogan of South Punjab Slogan. These politicians under the leadership of Khusro Bakhtiyar joined PTI observing the wave of wining chances-it may not be actually.People’s party seems to be dormant in Punjab and it fails to convince party  workers to contest elections on PPP ticket. Meanwhile, many veteran politicians of PPP from Punjab joined PTI to grab either provincial or national assembly seat. The same candidates have just changed their symbol to contest elections.

Elections in Sindh also are not the different case. In 2013 elections, a coalition of 9 parties was formed. People’s party managed to form its government in Sindh. Surprisingly, this time the PPP  may not  find easy space to sweap the elections in Sindh due to strong coalition of Grand Democratic Alliance(GDA). GDA is the political alliance formed under the leadership of Pir Pagara. Many PPP’s antediluvian  have joined GDA after the former did not award the party tickets. Therefore, the newly formed alliance of GDA  perhaps be the substitute of the PPP, but the same politicians will rule the masses of Sindh.

However, the election that is based on the prevalent social and economic system will not bring any substantial change in the lives of  people and the no significant positive change can be expected. However, the candidates of mainstream political parties and independents belong to the same class and they have same class interests to exploit the people. Perhaps, in some constituencies, new faces might win but they will not be able to bring any significant change for the betterment of the people. In Sindh, the peasants and the rural poor have no real choice between the candidates. Thus, their choice is to choose one or the other Wadera or Pir.

Hung parliament is the talk of the town and political think tanks forecast that the next parliament will be weak due to lack of majority votes with any party. This would be because of the expected win of independent candidates across the country.

Meanwhile, the politics of electable is, undoubtedly, detrimental to democracy and its norms. Therefore , the political parties need to revisit their party discipline ensuring that no candidate contesting election this time will be given party ticket for the next time subject to the performance of the elected candidate for his/her constituency.

Pakistan needs consistent democracy and it will be achieved when the political parties look this matter seriously and bring the democratic norms and discipline within party and the politics of electable needs to be discouraged as well to make this country progressed and prosperous.