For the sake of Pakistan

'Imran Khan is the hope of millions as he has been bestowed with the vote bank by Pakistani people. In election 2018, Khan has not only won number of more seats but also bagged 7.67 votes more than any other party in the country' 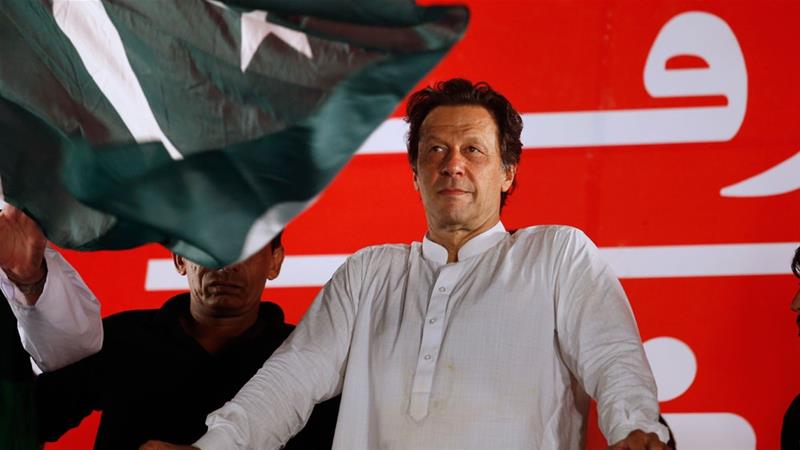 Unsurprisingly, this is an archaic precedent in Pakistan’s electoral politics to accuse the winning party of rigging.  Going no before 2013 elections, PTI cried fouls in the election and alleged the then ruling party for  rigging and PTI chairman Imran, in this regard, showed his demonstration in the form of 100 days sit-in at  Islamabad. Despite mammoth anarchy in the country in 2015, Nawaz’s government survived and it completed its tenure.

After the 2018 elections in Pakistan, the defeated political parties called All Parties Conference (APC) to discuss the future perspectives and collective decision pertaining to accept the results or reject the success of Pakistan Tehreek-e-Insaf (PTI).

At the time when Pakistan is entangled with multifaceted economic, social and diplomatic issues that need to be resolved immediately, the political parties despite taking issue to the parliament, posing not to take oath as parliamentarians.Although it is their right, but it will make Pakistan more prone to political  instability. However, Pakistan People’s Party decided to be part of parliament referring boycott as anti-democrat.

The politics of strikes and sit-ins will produce nothing but will deteriorate the already fragile economic, social and political system of the country.

Moreover, it is a popular assent that the country has been ruled by the PPP and PML-N. Allegedly, both parties have failed to deliver to the masses.  Therefore, now the country needs new leadership that could disentangle Pakistan from the problems it has been facing since long. People of Pakistan, popularly, have given chance to Imran Khan to make Pakistan as he has been promising to make it a prosperous and self-dependent country. Undoubtedly, Khan’s speech after wining majority seats on July, 25 raised hopes to the unprivileged and weak but what matters most that he needs to make his promises come true through better policy options.

Moreover, leadership deficit has been the significant factor behind failure of political powers to deliver in their respective tenures. This has not only created inequality, but also gave rise to grievances of provinces.  However, historically, it has been part of the South Asian political history to show reverence to certain political families. Nehru in India, Bhutto in Pakistan and Bandranaike in Sri Lanka were great leaders who rendered enormous sacrifices for their countries, and their sons and daughters had to be politically rewarded. But with passage of time and evolution of democratic institutions, exclusive reliance on hereditary politics and arbitrary choice of political leaders has become a self-defeating and unsustainable proposition. This approach only further entrenches the tribal and feudal mindset where promotion of family interest and personal loyalty takes precedence over national considerations. In the contemporary world, any system where political leaders are not selected through a genuine, transparent and competitive process is bound to fail sooner rather than later.

Imran Khan is the hope of millions as he has been bestowed with the vote bank by Pakistani people. In election 2018, Khan has not only won number of more seats but also gained 7.67 votes more than any other party in the country. This is high time for Imran to not only make Pakistan self-dependent, but also prove him self as the leader of the nation.

The opposition parties after the parliament’s first session should keep their political  interests aside as nation has already suffered blatantly and they should  contribute towards better Pakistan. Therefore, what is most needed is a constructive and cooperative approach  of all stake holders to a certain prosper future of Pakistan.