Imran Khan- A ray of hope after Zulfiqar Ali Bhutto

'The PTI’s government will inherent challenges such as political instability, economic crisis, and maintaining civil-military relations, foreign debt and cordial relations with super power and other powerful states' 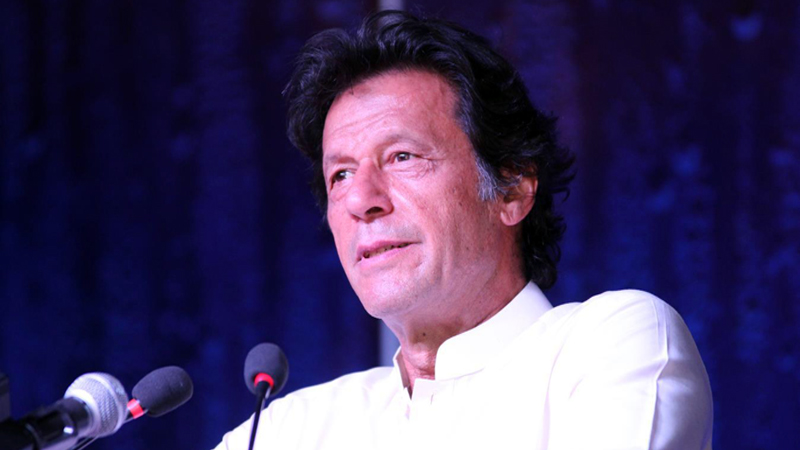 Zulfiqar Ali Bhutto was first political leader after Quaid-e-Azam Muhammad Ali Jinnah, who had magnificent feelings for poor and underprivileged farmers and laborer class. His speeches to masses during election campaign of 1970 showed a clear indication that he fought for the rights of poor people in Pakistan. His slogan Roti, Kapra, or Makan gave a voice to poor farmers and laborers of this country. He emerged as a ray of hope for the Muslim world as he tried to unite all Muslim countries under the umbrella of Islamic block. He started Nuclear Programme without the fear of west and led the Muslims of the world towards new heights of prosperity and content. After the execution of Bhutto at district jail Rawalpindi on April 4, 1979, Pakistan faced a sever leadership crisis in the history. After passing 50 years Imran Khan has emerged on the arena of politics with the hope of prosperity and progress for the poor farmers and laborers of country. Imran Khan has made 22 years of untiring effort to reach his destination that is another symbol of encouragement for the youth of this country. Apart from all these sweet side of picture, there are many challenges ahead for Imran Khan for which he has to prove his leadership skills to bring the country out of politico, and socio-economic crisis.

The PTI’s government will  inherent challenges such as political instability, economic crisis, and maintaining civil-military relations, foreign debt and cordial relations with super power and other powerful states will be the uphill tasks that PTI government has to tackle.

Firstly, all political parties should accept the victory of Imran Khan in general elections 2018 and should adopt the policy of reconciliation instead of spattering games of election meddling and rigging by military establishment and Judiciary. This will provide a strong defence against the external forces which are not happy with unhindered transition of power and those who do not want to see political stabilization, economic, social improvement in Pakistan.

Secondly, as corruption hinders the pace of progress of a country. Therefore, there is a need to start campaign for the eradication of corruption which will re-install the trust of people on institutions. The best way to mitigate corruption is accountability across the board which needs strong political will. Moreover, This campaign will help to improve the weak and politicized public sectors.

Thirdly, to solve the socio-economic crisis, the government will have to assign competent persons as head of weakening institutions. Moreover, meritocracy will help in upbringing of institutions from crisis and uprooting of corruption. In this regard, right person for right Job has become inevitable for the country.

Fourthly, institutional reforms, which are the dire need of the country. We have to end political influence from the institutions which will help in solving problems of poor people of this country. The system should be robust and so much efficient that there should be no need of political involvement when a person go to police station for registration of complaint or appear in exam to get a job. This will help to remove the anxiety of people and to bring the prosperity in the country.

In addition to it, ensuring the free media should also be among the priorities of the PTI government so that positive criticism may be used for the betterment of the people of the country. Media has become the greater source of information and it creates awareness among the masses. Making media free with certain necessary limitations should be considered priority as well. So in order to eradicate the social evils, their true information is very much important which can be obtained only through free media.

Lastly, it is very necessary to take the country on the path of progress, to improve the regional ties and to strengthen the relations with the neighboring countries and other world. Therefore, foreign policy of Pakistan needs professional heed and attention. Moreover, the world order as well as regional apparatus is changing. Therefore, we need balanced foreign policy to make relations with Iran and Gulf states at the same time. A strong and well balanced foreign policy is always helping to improve the regional ties. Pakistan cannot afford further destabilization inside and outside the country. A good regional ties with neighbors make better standing of country on the international arena and help to solve the long lasting problems of country.

The alacrity with which voters have chosen Imran Khan put the heavy responsibility on his shoulders to bring the country out of social, political and economic crisis. All the aforementioned options need attention of the next government. Now it is high time to change the course of this country because if status quo continues it will entrench our country to more difficulties. This time Imran Khan has come forward as a ray of hope and it is our collective responsibility to help him to get out of fierce crisis for greater good of country instead of pulling his legs, creating hurdles and stopping his way.