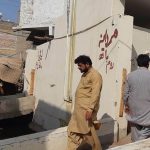 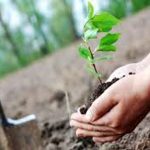 In response of Pakistan Tehreek-e-Insaf (PTI)-led federal government’s initiative to plant 10 billion trees all over the country in the next five years, the Sindh government has decided to plant a total of 2 billion (bn) saplings as its share. Sindh submitted its plans after the Ministry of Climate Change sought proposals, suggestions, areas and […]

Sindh Chief Minister (CM) Murad Ali Shah recently took notice of the rampant deforestation near Chortiari Reservoir and ordered an inquiry into the matter. CM Murad’s spokesperson Rasheed Channa told Daily Times that CM was unaware of the ongoing deforestation at first but after acquiring preliminary information the CM sought a report from Sanghar deputy […]

Pakistan is a water stressed country and recent reports have alerted that the country could reach absolute water scarcity by the year 2025. Reports have also stressed upon the need for a groundwater regulatory framework in the country that will guarantee a sustainable and equitable use of groundwater resource. According to Pakistan Council of Research […]

On September 1, 2018 Sindh Police arrested four people allegedly involved in a child marriage ceremony in Tando Muhammad Khan district and lodged a case against them under Sindh Child Marriage Restraint Act 2014. According to police, four people including Saddam Mallah, the 12-year-old groom, Gulzadi Mallah, the 14-year-old bride and two of their relatives […] 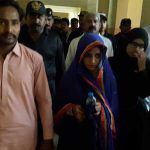 SANGHAR: Braving all hurdles, an inter-caste runaway Hindu couple got married in a court in Sanghar district on Wednesday. The marriage was solemnised in Ram Mandir, Mirpurkhas. It is worth mentioning that this is the first reported inter-caste Hindu marriage in Sindh province after the passage of ‘Sindh Hindu Marriage Act 2016’. Inter-caste marriage occurs […] 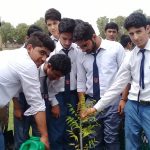 Prime Minister (PM) Imran Khan’s ‘Plant for Pakistan’ initiative aims to plant 10 billion (bn) trees across the country in the next five years. The target of this plantation drive is to enhance the existing forest cover of 4.8 percent to 6.5 percent. However, implementing the ’10 billion trees tsunami’ program and sustaining it will […] 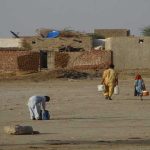 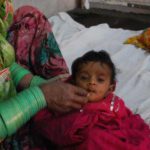 In what appears to be first reported case during ongoing season, an infant died of measles in Sanghar’s drought hit Achro Thar Desert. According to local sources, there is a possibility of measles outbreak in the area as there are several children who have been affected from the infection. As per details, 18-month old Saahar, […] 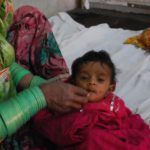 SANGHAR: In what appears to be first reported case during ongoing season, one infant died on Saturday of measles in Sanghar’s drought-hit Achro Thar desert – an area where the number of malnourised children has risen to 20 percent. There is possibility of measles outbreak in the area as several children have been affected from the […]