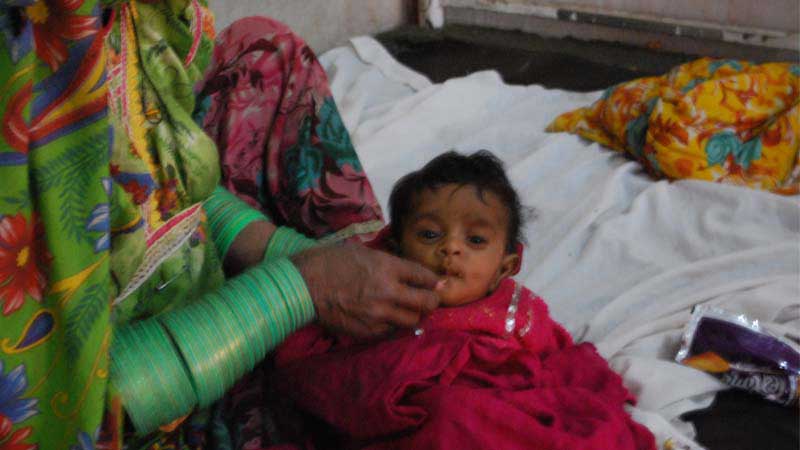 In what appears to be first reported case during ongoing season, an infant died of measles in Sanghar’s drought hit Achro Thar Desert.

According to local sources, there is a possibility of measles outbreak in the area as there are several children who have been affected from the infection.

As per details, 18-month old Saahar, son of Nagar Rajar was resident of Thurahoo village in Union Council (UC) Kamil Hingoro. The infant passed away on Saturday.

Family members of the deceased, on the basis of symptoms, claim that the child died of measles. According to them, no health official had visited the area despite the increasing number of measles cases. No official confirmation could be obtained from a local authority because of the unavailability of healthcare services in the area. Sanghar’s District Health Officer (DHO) Dr Shagufta Abid remained unavailable for comment despite repeated attempts.

Achro Thar Desert, which is spread over 4,805 square kilometers, has only one dispensary. The sole healthcare unit in the area is run by medical officer Dr Hathi Singh. The dispensary is located in deep desert at Saeedao village.

“People frequently come for malnutrition tests. This is connected to drought followed by shortage of food,” said Singh. According to Dr Singh, there can be outbreak of measles in the area. “Malnourished children have low immunity so measles can spread in the area,” he added. Achro Thar Desert is currently facing drought. The shortage of food has led to a mass migration to barrage areas. The fresh drought has also led to deaths of livestock and shortage of fodder in the area.