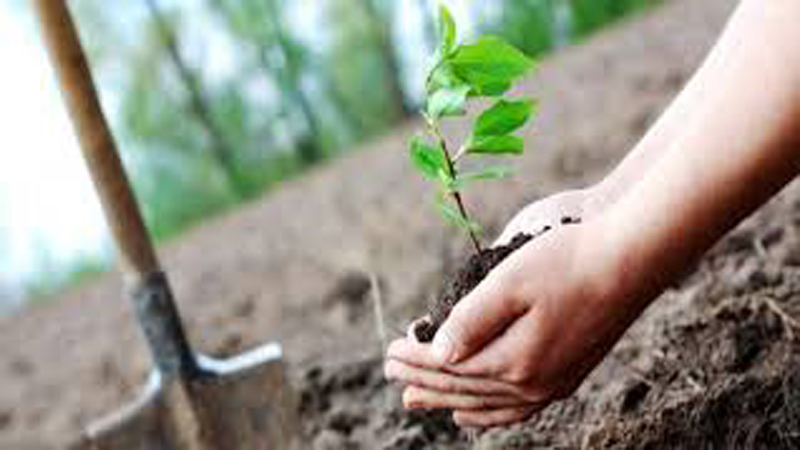 In response of Pakistan Tehreek-e-Insaf (PTI)-led federal government’s initiative to plant 10 billion trees all over the country in the next five years, the Sindh government has decided to plant a total of 2 billion (bn) saplings as its share.

Sindh submitted its plans after the Ministry of Climate Change sought proposals, suggestions, areas and tentative costs from provincial governments. Forests account for 1.4 m of the total 14 m hectares of Sindh. This means that forests span over 10 percent of the province. According to a Sindh Forest Department official, Sindh’s forest stocking is sure to improve through the plantation of 2 bn saplings. “It is expected that through this drive, we will be able to expand Sindh’s forest cover by two percent,” said Riaz Ahmed Wagan, the provincial focal person for ’10 billion tree tsunami’ drive. According to him, a comprehensive strategy has been chalked out under the campaign to plant and protest 2 bn trees in various ecosystems including riverine, mangroves, scrub and rangelands.

“Sindh government requires approximately Rs9.2 bn to proceed with the plantation drive,” he said. “It would cost Rs4.50 to plant one sapling on average which is less compared to other provinces,” he added.

Ministry of Climate Change spokesman, Masood Ali said that funding will not be problem in this campaign since everything had already been decided. “10 billion drive’s expenses will be equally shared between federal government and provincial governments,” he told Daily Times. “No final document has been made yet as some of the administrative units have not submitted their proposals yet,” Masood added. Pakistan is seventh on the list of the countries mostly likely to be affected by global warming and has one of the highest deforestation rates in Asia. According to official figures, deforestation has reduced the country’s forests to less than 3 percent of its land area.

Soon after assuming power after July 25 general elections, Prime Minister Imran Khan launched “Ten Billion Tree Tsunami” campaign to impede global warming. “Extreme weather conditions, such as flooding, rising temperatures, prolonged droughts and unpredictable rainfall, cost Pakistan an estimated $ 6 bn to $14 bn annually. Air and water pollution reportedly cost Pakistan 3 bn every year,” PM Imran quoted in an interview. Various reports have suggested that Sindh’s economy will be adversely affected by climate change. According to World Bank’s recent report ‘South Asia’s Hotspots: The Impact of Temperature and Precipitation Changes’, Sindh has emerged as the most vulnerable hotspot in Pakistan followed by Punjab as changes in the average weather will add another dimension to the future economic growth of the province given its high vulnerability.

The systematic deforestation in Sindh over the past 30 years has deprived the province of her massive forest cover, bringing it down to less than two per cent. According to recent official figures, there has been an 80 percent decline in the actual forest cover since 1971 in Sindh.

To combat existing challenges, Sindh has proposed the plantation in different ecosystems including plantations outside forest areas, mangrove ecosystem improvement in the Indus delta, irrigated plantations and enhancement of rangelands.

Establishment of urban forests in and around the major cities of the province is also on cards. The proposal recommends that 2 m flowering and fruiting plants should be planted in containers for the purpose of urban forestry.

Similarly Sindh has also presented various proposals for improvement of mangrove ecosystem in the Indus delta. In this connection, establishment of new mangrove blocks over 250,000 acres of blank mudflats and degraded lands in the Indus delta has been recommended. Also, watch and ward system has been proposed with community help for protection and restocking of old stands of mangroves 200,000 acres.

Regeneration, restoration and protection of riverine forests over 100,000 acres has also been proposed.