Inter and intrastate relations are influenced by international laws and conventions. These provide general rules to govern and regulate relations among states, including domestic dealings with the people of occupied territories. More than 22 months have passed since India imposed a total lockdown on the people of Jammu and Kashmir. It remains ongoing. New Delhi’s […]

Since Modi became prime minister in 2014, he started implementing ideology of Hindu nationalism by persecuting Indian Muslims. During his second tenure, he accelerated this agenda; abrogation of the special status of Jummu & Kashmir, continued lockdown in IOK, killing of Kashmiri youth, issuance of a map showing bifurcation of the Kashmir region into two […]

Due to its fragile economy after the 9/11 tragedy, Pakistan joined the US-led Global War on Terror (GWoT) and was granted the status of a non-NATO ally. This was due to the early successes achieved by Pakistan’s Army and Inter-Services Intelligence (ISI) against Al-Qaeda militants. But when the US-led NATO forces felt that they were […] 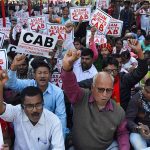 Since Narendra Modi, the leader of the ruling party BJP, became the Indian Prime Minister in 2014, he started implementing ideology of Hindutva (Hindu Nationalism). Under his regime, the persecution of religious minorities such as Dalits, Sikhs, Christians, and particularly Muslims, including even lower cast-Hindus, might be cited as instance. In this regard, the Indian […]

Since Narendar Modi, the leader of the ruling BJP, became the Indian prime minister in 2014, he started implementing ideology of Hindutva ((Hindu Nationalism). Under his regime, persecution of religious minorities, such as Dalits, Sikhs, Christians and particularly Muslims, might be cited as instances of Hindu nationalism enforcement. In this regard, the Indian Citizenship Amendment […] 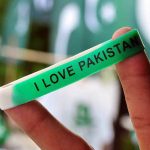 Every year, people of Pakistan celebrate March 23 as the Pakistan Day, with great enthusiasm and zeal. But, this time, this very day has come at a time when Pakistan is facing multiple challenges, which are worrying all the citizens. Pakistan’s Armed Forces are coping with these challenges successfully. More than seven months have passed […] 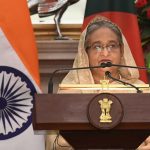 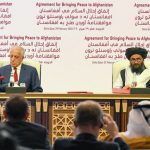 In a ceremony which was attended by notables from Russia, China, Qatar and other key players, including the US Secretary of State Mike Pompeo and Pakistan’s Foreign Minister Shah Mahmood Qureshi in Doha-the capital of Qatar on February 29 this year, the US and the Taliban have signed a historical agreement for bringing peace to […]

Theoretically, the Indian constitution safeguards the rights of minorities, but in practice, the ideology of Hindutva and Hindu nationalism prevails today India’s extremist Prime Minister Narendra’s Modi’s new anti-Muslim moves-the continued lockdown of the Indian-occupied Kashmir (IoK) after abrogation of the special status of Jammu and Kashmir by revoking articles 35A and 370 of the […] 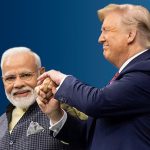 The Bharatiya Janata Party (BJP) won the general elections of 2014 on the basis of anti-Muslim and anti-Pakistan slogans. Since Narendar Modi, the leader of the ruling party BJP, became Indian prime minister of India he started implementing ideology of Hindutva (Hindu Nationalism). Under his regime, various developments like unprecedented rise of Hindu extremism, persecution […]