The True Spirit of the Pakistan Day

Every year, people of Pakistan celebrate March 23 as the Pakistan Day, with great enthusiasm and zeal. But, this time, this very day has come at a time when Pakistan is facing multiple challenges, which are worrying all the citizens. Pakistan’s Armed Forces are coping with these challenges successfully. 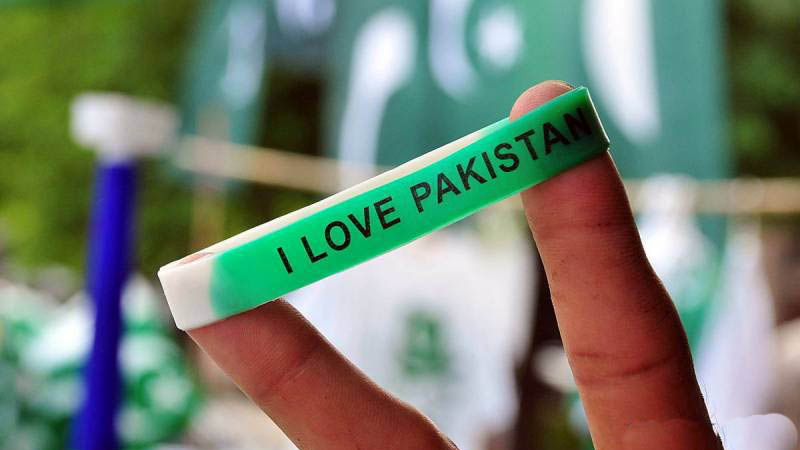 More than seven months have passed but Indian fanatic government, led by extremist prime minister Narendra Modi,has continued lockdown of India-held Kashmir (IHK). While Indian fanatic rulers are also escalating tensions with Pakistan to divert attention from the drastic situation of the IHK, and have continued shelling inside Azad Kashmir by violating the ceasefire agreement in relation to the Line of Control (LoC).

Externally, Pakistan’s forces, especially, Pak Army and Rangers, have been boldly responding to India’s unprovoked firing at the LoC.

Meanwhile, the Indian Citizenship Amendment Act 2019 (CAA), passed by the Indian Parliament, has further exposed the discriminatory policies of the Modi government. The CAA coupled with the National Register of Citizens (NRC) is mainly against the Muslim immigrants especially from Pakistan, Bangladesh and Afghanistan.

Since December 15, 2019, daily mass protests have been taking place across every state in India against the CAA and the NRC. Despite criticism of the rights groups, foreign leaders, the UNO and moderate Hindus in wake of violent protests which resulted into killing of more than 100 persons and injuring 800, mostly Muslims, by the police and fanatic Hindus, the Modi-led regime has not withdrawn the CAA/NRC.

So, in order to divert attention from internal crises, New Delhi can arrange another Pulwama-like false flag terror attack in IHK to justify military adventure against Pakistan.

India’s preplanned drama has been proved even by the Indian media on January 12 when “Deputy Superintendent (DSP) Davinder Singh was caught along with two militants, Jammu Kashmir Police (JKP) on Sunday [January 12]…Davinder Singh was alleged to have been ferrying the militants from the Shopian area of the Valley. Five grenades and three AK-47 rifles were also recovered from the cop’s residence…DSP was under surveillance for the past two months over suspicious activities”.

But, Indian intelligence and investigating agencies are hiding the reality about Davinder Singh and other two militants, which indicate that New Delhi may be setting a stage for new drama to associate the Police Officer with Pakistan’s intelligence agencies.

In this connection, Pakistan’s civil and military leadership have repeatedly warned the international community about India’s another Pulwama-type false flag operation to involve Islamabad and to conduct another military adventure in the Pakistani side of Kashmir.

While, Pakistan’s Prime Minister Imran Khan and Chief of the Army Staff General QamarJavedBajwa have repeatedly said that Pakistan’s Armed Forces are fully ready to meet any prospective aggression or invasion by India.

Internally, Pakistan’s Armed Forces and country’s premier intelligence agency ISI have successfully broken the backbone of the foreign-backed terrorists. Peace has been restored in the Balochistan province and Karachi, including other vulnerable regions.

Despite it, in the recent past, terrorist attacks particularly in the Khyber Pakhtunkhwa province and Balochistan which is central point of the China-Pakistan Economic Corridor (CPEC) show that the CIA-led Indian RAW, Afghanistan’s intelligence agency National Directorate of Security and Israeli Mossad are destabilizing Pakistan and want to damage the CPEC project which is part of China’s One Belt One Road initiative or BRI, as the US and India have already opposed this project. Besides, Pakistan is the only nuclear country in the Islamic world. Therefore, it has become special target of some Western external entities.

However, it is good development that political parties of the country have come to terms in order to strengthen institutions of Pakistan, as geo-politics surrounding the country requires.

In this context, Pakistan’s ruling party Pakistan Tehrik-e-Insaf (PTI), opposition parties, members of civil societies and military are on the same page regarding Indian prospective aggression.

At this juncture, Pakistan is also facing multi-faceted crises and challenges like corruption, soaring prices, energy-shortage, unemployment, crimes, lack of health facilities, and dependence upon the US-led developed countries, IMF and World Bank for financial aid.

Meanwhile, coronavirus pandemic also named as COVID-19 has affected Pakistan in wake of country’s fragile economy. In this regard, civil and army institutes are implementing comprehensive plans for treatment of the patients and to further stop the spread of this novel virus.

Nevertheless, March 23, 1940 was a watershed in the history of the Indian Sub-continent, when the All India Muslim League passed the Resolution in Lahore for the creation of an independent state for Muslims of India. Now, it is popularly called as Pakistan Resolution. Earlier, in his address to the Muslim League at Allahabad in 1930, the idea of a homeland for Muslims in their majority areas had been envisioned by the poet Allama Sir Muhammad Iqbal, and had become the aspiration of Indian Muslims.

In fact, the British colonialists in connivance with majority Hindu population targeted Muslims through every possible way. In that background, Muslims started struggle for a separate state.

Prior to the Lahore session of the Muslim League, Quaid-i-Azam Muhammad Ali Jinnah had specified to this historical congregation of the Muslims, the watch-words of ‘Faith, Unity and Discipline’ which were not only necessary for waging the battle for an independent homeland, but also for present Pakistan. So, while struggling against the enemies, the essence of these watch-words is unity which is the real spirit of the Pakistan Resolution.

It was due to the selfless practical unity among the Muslims under the leadership of the Quaid-i-Azam that Pakistan became a tangible reality. But, that unity started declining after passing through various crises, and the result was separation of East Pakistan in 1971, as the India manipulated differences between East Pakistan and the West Pakistan.

At this critical moment, the true spirit of the Pakistan Day demands selfless national unity among all segments of society.

The writer writes on international affairs and is author of the book: “US vs Islamic Militants, Invisible Balance of Power: Dangerous Shift in International Relations”