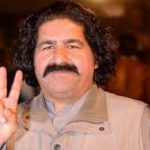 ISLAMABAD: Ali Wazir, the newly elected Member National Assembly (MNA) from NA-50 South Waziristan tribal district, said on Monday that he would follow the decision of the Pashtun Tahaffuz Movement’s (PTM) core committee on supporting or opposing the ruling coalition in the National Assembly. In an informal conversation with a group of journalists in Islamabad, […] 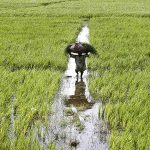 ISLAMABAD: Aimed at increasing crops of rain-fed and erstwhile FATA areas, a Rs 624 million gigantic project to upgrade the Arid Zone Research Institute (AZRI) to the level of Arid Zone Research Centre (AZRC) is moving at a snail’s pace amid reservations by certain quarters that the project is facing severe hindrances, including land acquisition […]