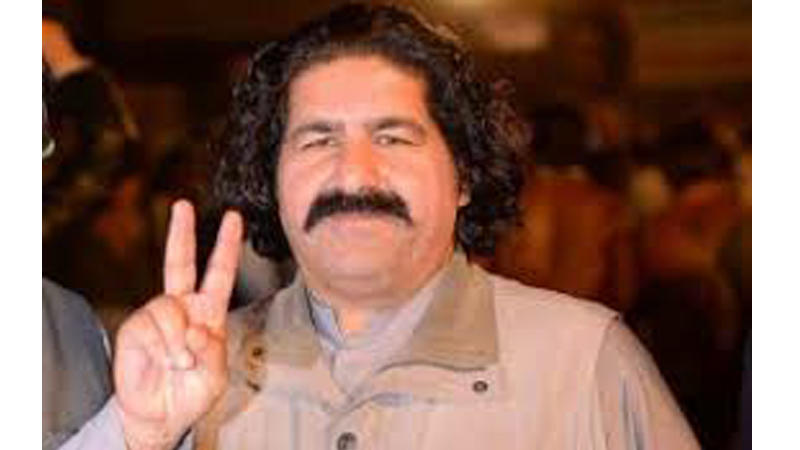 ISLAMABAD: Ali Wazir, the newly elected Member National Assembly (MNA) from NA-50 South Waziristan tribal district, said on Monday that he would follow the decision of the Pashtun Tahaffuz Movement’s (PTM) core committee on supporting or opposing the ruling coalition in the National Assembly.

In an informal conversation with a group of journalists in Islamabad, Wazir said, “Being a worker of the PTM, I am bound to follow the decision taken by the movement.”

He said ManzoorPashteen, the 26-year-old who founded the movement for the rights of the displaced Pashtun residents of erstwhile FATA region, would remain his leader through thick and thin, and his decisions would be final in all matters.

Pashteen had rose to popularity some months ago after he led a long march to Islamabad where a sit-in was staged against the extra judicial killing of Naqeebullah Mehsud, a Karachi youngster, by Malir SSP Rao Anwar. Anwar maintained that Mehsud was killed in an encounter.

Replying to volley of questions about the fairness of the electoral process, Wazeer said it was relatively transparent in his native area, with the exception of some deliberate attempts to slow down voting.

Regarding his priorities in terms of development activities in the war-ravaged region, he said, “We want peace in the area. The rest of the issues will be sorted out automatically.”

He recalled the erstwhile FATA people in general and his region in particular experienced unprecedented hardships and ‘now is the time to give special consideration for restoration of peace and order’. When asked whether he or his colleagues would accept any ministry if offered, Wazir reiterated that the PTM core committee would decide such matters.

“Those contesting elections were removed from the PTM core committee. I and other election candidate remain workers of the movement,” he said, adding that the people of his area had reposed trust in him and he would do all in his capacity to meet the expectation of his people.

Wazir said the PTM would continue its struggle to ensure supremacy of law and to end oppression in the society. He said he and his colleagues would continue to work for the dignified repatriation with full compensation of families who suffered during the last decade in the war on terror.

Wazir said the people of the region had beaten the status quo through their vote. He said it was high time that the residents of tribal region were given equal status and rights like other citizens of the country.

“We, the people of tribal region, have been suffering for the last two decades amid the vicious tides of militancy. But now, time is ripe to restore the government’s writ in the region, like elsewhere in the country,” he noted.

Wazir vowed that he and his colleagues would raise voice for the downtrodden and oppressed people irrespective of their language and area.