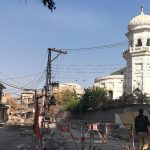 As Dilawar Samar enters All Saints Church in the city as part of Christmas celebrations, he remembers and prays for his daughter who had become a victim of the 2013 suicide attacks. “I can’t forget the day I was praying with Maira, 6-year-old then, at the church when the suicide bombers hit the venue,” he […] 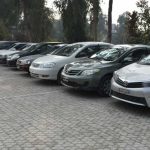 A polio vaccination team narrowly escaped a suicide attack, as the bomber exploded himself in Lakki Marwat district on Thursday, police said. The health workers were vaccinating children in Hathi Khan village. The area was cordoned off by security forces and Lakki Marwat police, who launched a search operation for the arrest of other suspects […] 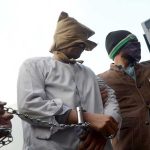 The police on Wednesday claimed to have arrested an alleged Afghan terrorist for his involvement in the December 16 bomb attack close to the Peshawar High Court. The arrestee, Ikram Ullah, an Afghan national, had crossed the border via Chaman on December 12, they claimed. In this connection, a press conference was addressed by Deputy […] 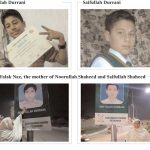 Falak Naz has run short of words to reply to comments on the Facebook posts regarding her sons who lost their lives in the 2014 attack on Army Public School in the provincial capital Peshawar. Falak Naz had three daughters and two sons, but now she does not have any son, as both of them […] 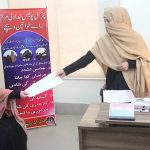 Inside a small home in a village of mountainous Chitral district of Khyber Pakhtunkhwa, Akhtar Nisa helped her mother in domestic chores. Each time her husband left for his business in Peshawar, round 334 kilometres away from Chitral, he used to drop his wife at her parents’ home largely because his absence led to intense […]