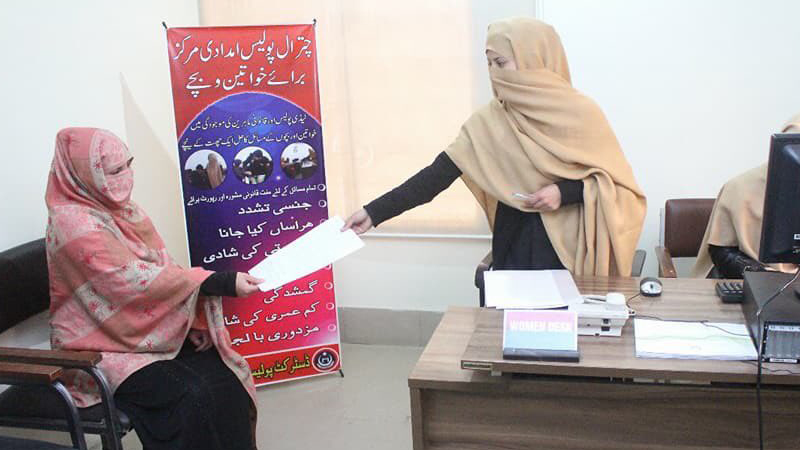 Inside a small home in a village of mountainous Chitral district of Khyber Pakhtunkhwa, Akhtar Nisa helped her mother in domestic chores.

Each time her husband left for his business in Peshawar, round 334 kilometres away from Chitral, he used to drop his wife at her parents’ home largely because his absence led to intense bickering between Nisa and her in-laws.

One day, Nisa made tea, handed the teacups to her parents and brother and left home. After a while, her brother, Jalalud Din, received a call from another sister, “Akhtar Nisa has jumped into River Chitral.”

Din said that he along with other relatives rushed to the riverbank in no time.

In a similar incident, recently, 26-year-old Shabnam married four months earlier, reached her parents’ home in Arkari village in Chitral. One day, her husband telephoned her. After a brief squabble with him over the phone, she went to another room.

According to her father, Bola Khan, “After almost an hour, a relative entered the home crying that ‘Shabnam is hanging from the ceiling,’.”

Bola noted that Shabnam’s husband used to argue with her at times on domestic issues. “But we had not even thought of this likelihood that Shabnam would hang herself; she was mentally stable,” he added.

According to a private organization, Human Rights Program Chitral (HRPC), as many as 150 women have committed suicide in the region between 2010 and 2017.

HRPC Chairman Advocate Niaz Ahmed Niazi claimed, “These 150 are registered cases. The actual figure for the mentioned period is higher as there may be several that we may not have documented.”

The prevalence of this suicide tendency among women in Chitral is not a recent phenomenon. In a similar study conducted in 2007-08, the Aga Khan Rural Support Program recorded 29 suicide cases in Chitral. The study concluded that most of the suicidal cases had resulted from the [deceased] women’s problematic relations with in-laws while living in joint families and shared homes. It added that forced marriages were also one of the reasons behind such incidents.

Javeria Kalsum, a clinical psychologist based in Peshawar, called psychological issues majorly responsible for these suicide cases. According to her, these arose from sociological issues, when people felt deprivation from their rights.

She added, “First, there is a need to conduct mental health camps and psychiatrists should work in different parts of the district.”

“We first need to know the main problem that prompts women to commit suicides,” the psychologist maintained.

Dr Javeria believed, “For this, we use different therapies on them so that they share their feelings and stop committing suicides.”

Shabina Ayaz heads women’s rights organisation, Aurat Foundation. She noted that a major reason behind such cases was the fast increasing education rate in Chitral as compared to other areas.

An educated woman wants to live a life of her own free will, she held.

Ayaz added, “An educated woman wants to marry as per her own will but when she is subjected to forced marriage in an underdeveloped area like Chitral, it can lead to such unfortunate incidents of suicide.”

However, she believed all such cases might not fall under suicide.

“At times, a family may kill a woman ‘for honour’ after she elopes with a boyfriend or refuses an arranged marriage, and later the family may tell people that ‘she committed suicide’,” she continued.

Honour killing is a term used for the murder of someone in case (s)he is perceived to have brought dishonour on the family through extramarital affairs among other reasons.

However, Chitral Police Legal Advisor Inspector Mohsinul Mulk ruled out this aspect. He claimed, “In Chitral, education rate is quite good now and honour killings are negligible.”

The advisor added that under the Pakistani laws, there was one-year imprisonment for anyone who attempts suicide.

“In most cases, a family hides a suicide case of their relative to save the family from being stigmatized. But with the help of local police, we can identify a few of such cases, on which the psychologists can work and present remedial measures,” he asserted.

He further said that the Chitral Police had established a Women and Children Support Centre, which comprised of lawyers and local elected representatives.

The members provided free counselling and help the women and children who reported their issues to the centre. However, the official was unclear about the exact reasons.

“I have been dealing with such cases. But so far I don’t know why many women in Chitral commit suicides, including even young students at times.

There is a need for a lot of research by government and private organisations on this issue in the area.”