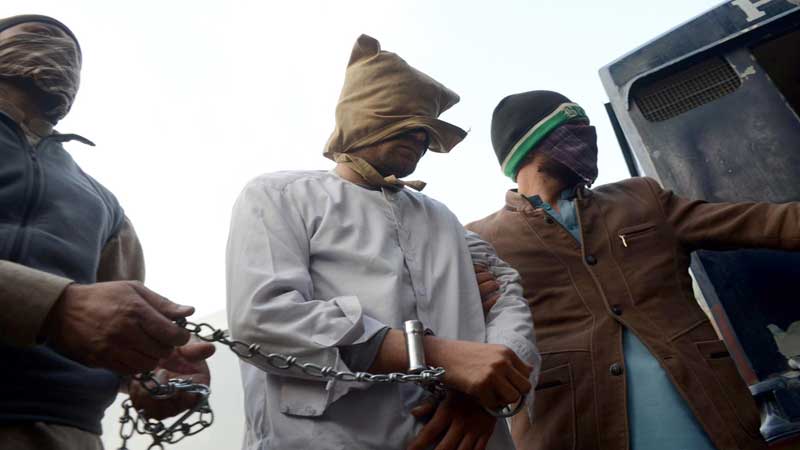 The police on Wednesday claimed to have arrested an alleged Afghan terrorist for his involvement in the December 16 bomb attack close to the Peshawar High Court. The arrestee, Ikram Ullah, an Afghan national, had crossed the border via Chaman on December 12, they claimed.

The CTD DIG said the terrorists were paid money by commander of a terrorist group in Afghanistan to carry out the attack. He added that other law-enforcement and intelligence agencies provided support to police in arresting the terrorist.

The officials said the accused stayed at a local hotel near Haji Camp bus terminal in the provincial capital and took stock of the situation, particularly around the court premises. Police said they have recovered two Afghan identity cards, Rs29100, 100 US dollars and other documents from him andraids are being conducted to arrest his facilitators.

“The terrorist had planned major terrorist activity in the city. The sabotage act in Peshawar is a result of the nexus between RAW and NDS,” said AjmalWazir.

A total of 11 people had been injured and several cars destroyed in the attack on December 16, the day the nation was marking the fifth anniversary of the Army Public School attack.

Police initially linked the blast to the CNG cylinder of an auto-rickshaw. However, they later confirmed the cause to be an explosive device. Earlier on Tuesday, the Lawyer community observed a one-day strike as they termed the incident an on the legal fraternity.