* Official says 41 churches in city secured with deployment of personnel 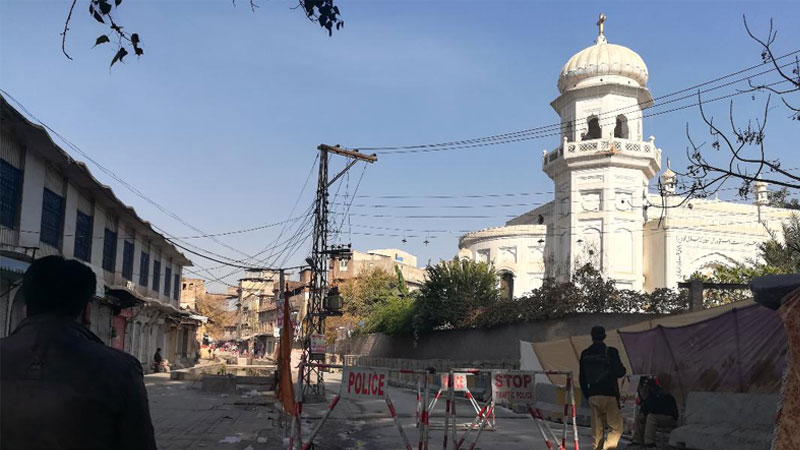 As Dilawar Samar enters All Saints Church in the city as part of Christmas celebrations, he remembers and prays for his daughter who had become a victim of the 2013 suicide attacks.

“I can’t forget the day I was praying with Maira, 6-year-old then, at the church when the suicide bombers hit the venue,” he recalled while talking to Daily Times. Dilawar said he has two sons while his lone daughter died in that tragic incident.

More than 80 people had been killed and over 170 injured in twin suicide attacks on All Saints Church in Kohati locality of the provincial capital in September 2013.

The British rulers of the Subcontinent had built the church in 1883 inside Kohati Gate of Peshawar’s old walled city. However, the city wall does not exist in its original shape nowadays as mostly it has been encroached upon or even razed to ground at some places.

The All Saints Church is different from other churches as its architecture resembles a mosque, having round-shaped minarets and a big dome over the main hall where the worshippers pray.

Shaukat Chaudhry, the leader of the management committee at All Saints Church, says, “While it was being constructed by the British authorities then, they tried not to let the local population know that they were building the church. This is why the building resembles a mosque and people were also thinking they would get a masjid. But when it was completed and the authorities placed a Christian cross on its main dome, the local people protested against it.”

About ongoing celebrations, Shaukat Chaudhry said they had started preparations for the Christmas Day last night.

He added that the police and other security personnel were performing duties at their worship place and they were satisfied with the security arrangements. 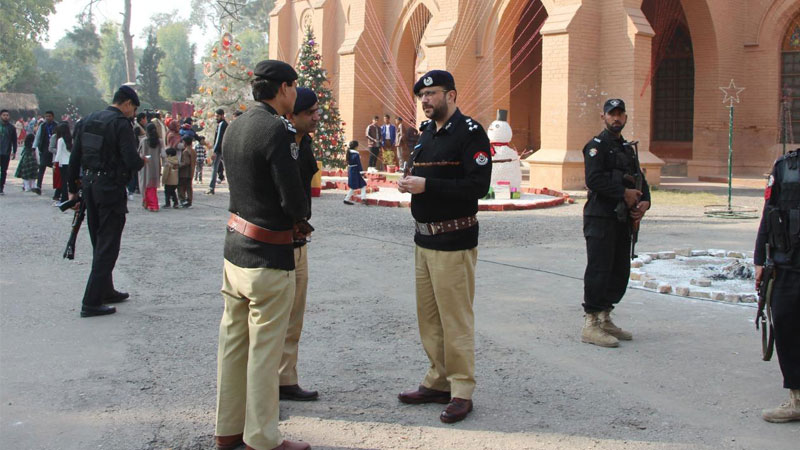 About the 2013 suicide attacks, he said: “Initially the government had released Rs 500,000 to families of those who died and Rs 200,000 to the injured of the attacks. However, Rs 20 million announced by the provincial government in 2013 have not been released to the victims so far. A number of people lost their breadwinners in the attacks and need the mentioned fund to meet their expenses.”

Speaking to Daily Times, the CCPO said that there were 41 churches in Peshawar, including three on Peshawar university campus and 38 in the city.

“About 1212 cops from Peshawar Police have been deployed on churches in Peshawar while around 400 cops have been called from other districts to secure churches in the provincial metropolis,” he added.

The official said that security had been tightened at all entry and exit points of Peshawar and besides deployment, the police were also patrolling the sensitive places.