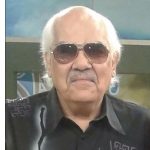 Raju Jamil is a figure associated with the Pakistani drama industry ever-since its inception, and unlike many other veteran actors, is well-informed about the facts and figures of Pakistan’s drama productions. He possesses a good memory and is therefore still an authentic source when it comes to the analysis of television projects. His confidence in […] 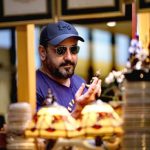 Pakistani television director Asad Jabal has disclosed a few details of his upcoming project on social media. He tells that his next drama serial is titled “Fitrat” which will go on air on GEO TV as a production of 7th Sky Entertainment. Recently, Asad Jabal’s blockbuster serial, “Mera Rab Waris” was also telecasted on the […]

The phrase “World War 3” has seen a surge of popularity after the news that the US had killed Iran’s top general QasemSoleimani. Frida Ghitis, who is a regular contributor to CNN Opinion, a Contributing Columnist for the Washington Post Global Opinions, wrote “QasemSoleimani, the Iranian commander killed by a US airstrike, was a purveyor […] 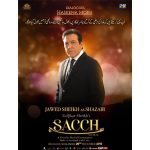 A Pakistani-Scottish man scribbles notes in his diary on gloomy evenings by a window that faces the lawn of Wedderburn Castle. These notes hide the truth about his two sons, one of whom is in Ireland while the other is in Glasgow, the former living the life of a Disc Jockey and the latter of […] 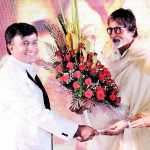 TikTok users have assumed a celebrity status of their own in this era marked by a rampant usage of social media and miscellaneous applications. In this regard, Shahid Iqbal, the CEO of Handshake Entertainment from Pakistan and Mehmood Ali, the founder of DON Cinema from India are collaborating to produce an online reality show by […] 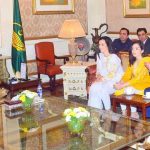 The upcoming Pakistani film ‘Sacch’, which is going to be released on the 20th of December, 2019 is nowadays being promoted all over the country. Zulfikar Sheikh, the film’s director and Tasmina Sheikh, the film’s producer have now arrived in Lahore with their daughter Elysee after having promoted their high-budgeted film in Karachi. In Lahore, […] 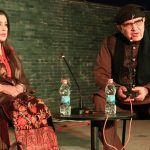 One of the many enticing characteristics of the administration of National History Museum is that it does not focus solely on the political history of Pakistan, but time and again, keeps organising events which also acquaint people with the development of the country’s art and literature over the years. A similar attempt was made on […] 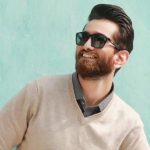 Faraz Ahmad is a Pakistani model of Tunisian origin. He derives much of his attractiveness from his foreign looks accompanied by a gold moustache and beard. Based in Lahore, the 27-year-old model has worked for many companies and brands, both as a fashion model and as a performer in commercials. Five years into the field, […] 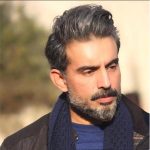 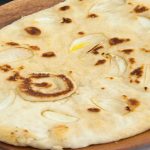 Naan, the fluffy bread with a risen border and a checked texture in the centre, has a significant role to play in the cuisine of Pakistan, especially when it comes to breakfasts or luxurious dinners. While naan has most of its types available at local clay ovens called tandoors, some of its special forms are […]