If written well, both comedy and tragedy can be enjoyed: Nadeem Baig

* 'I began my journey from Lahore and as an editor who later on went into production,' he says 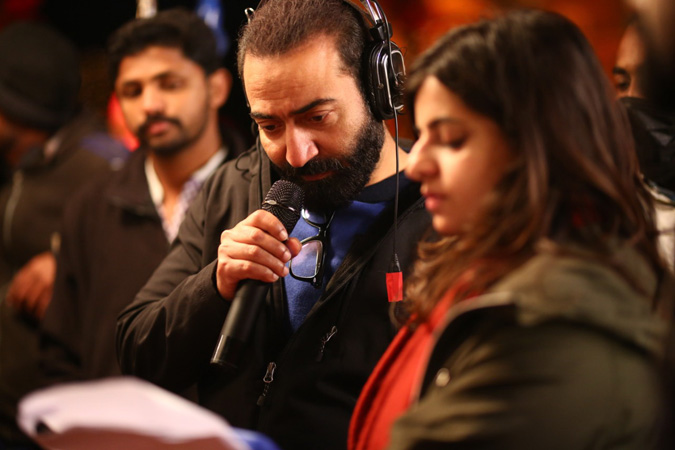 Nadeem Baig is one such director whose works, be they dramas or films, are marked by novelty.

While he has given successful films such as “Jawani Phir Nahi Aani” and “Punjab Nahi Jaungi” to an industry which is taking its initial steps towards revival, his drama serials give an on-screen look that is dazzling and flawless, telling that careful craftsmanship has gone in their making. Among his most popular television projects are “Dil Lagi”, “Pyare Afzal”, “Mere Pas Tum Ho” and the “Barat” series, beginning with the character of Azar and ending at the character of Annie. Daily Times caught up with the drama and film director and asked him a few questions, which are as follows:

How did you enter the drama industry?

I began my journey from Lahore and as an editor who later on went into production. My directorial debut was “Chashmaan” which went on air in the year 2000. However, my first popular work as a director was “Family Front”. Dr. Younis Butt and I were very good friends and both of us wanted to do a sitcom, as there was no trend of making sitcoms back in those times. We worked on our dream and made it come true by first making “Family Front” and then “Misfit”, both written by Younis Butt and directed by me. Then I moved to Karachi and directed a few initial episodes of the political comedy series, “Hum Sab Umeed Se Hain”, after which I joined Aaj TV as the head of entertainment. There, I did “Foreman Show” and “Begum Nawazish Ali Show”. After almost five years, I moved to Geo TV and attained a position as the head of comedy content.

Talking about comedy, you directed the whole of “Barat” series along-with Marina Khan. Did both of you ever had a clash while working together?

Never! We had divided the scenes. As I was from Punjab, I would direct the scenes revolving around Bushra Ansari and Marina Khan would take up the Urdu language portion. It so happened that I had been wanting to do this project for quite a while, and I made Mohammed Ahmed sahib write the script. When it got completed, we only had a few days left in the date of release and I couldn’t do it single-handedly. So, I consulted Marina and she joined me in the venture. However, Mohammed Ahmed sahib couldn’t write the upcoming seasons owing to some issue and therefore, Vasay Chaudhry penned all the three seasons proceeding “Azar Ki Ayegi Barat”.

‘As I was from Punjab, I would direct the scenes revolving around Bushra Ansari and Marina Khan would take up the Urdu language portion. It so happened that I had been wanting to do this project for quite a while and I made Mohammed Ahmed sahib write the script. When it got completed, we only had a few days left in the date of release and I couldn’t do it single-handedly’

When you made “Ladies Park” with Nadia Hussain, Arjumand Rahim, Mahnoor Baloch and Ayesha Umer, you did so in the times when Pakistani dramas had started to grow modern in terms of both visuals and stories, but that flourishing period disappeared all of a sudden. Why did that happen?

Yes, I made “Ladies Park” right before “Dolly Ki Ayegi Barat” and that too was penned by Dr. Younis Butt. We wanted to tell an interesting story of four different women and it got executed in the form of “Ladies Park”. It was a period of experimentation, as content departments didn’t dictate a lot. These days, they interfere to the extent that scenes are added and deleted in accordance with their demands. I would thank Badar Ikram as well, who gave me the margin to make “Ladies Park” the way I wanted. It was my dream project. But yes, when it comes to me, I still don’t buy a lot of opinions from the outside and work according to my own terms. 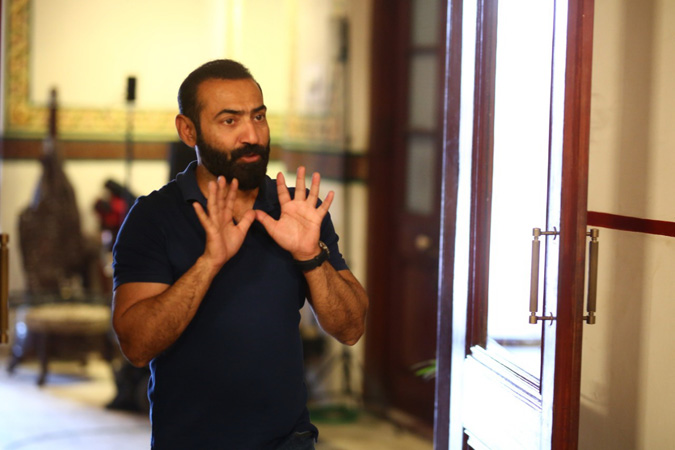 When and why did you shift towards serious content?

Directors of comic works aren’t taken seriously. People tend to appreciate the actor who takes up a comic role but never think about the director who has conceived the idea, who has chosen the actor and has trained him or her. The Lux Style Awards which were held right after “Dolly Ki Ayegi Barat” nominated Bushra Ansari and Ali Safina but Marina and I were not even named. I then realized that comic work and its direction aren’t considered an earnest job, and I decided to switch towards serious content. It was then that I made “Manjali”. It got a lot of fame and I understood that people consider serious content as the real content. Then I left Geo TV and shifted to ARY, for which I made “Pyaare Afzal”. Both “Manjali” and “Pyaare Afzal” were written by Khalil ur Rehman Qamar.

You have collaborated with Khalilur Rehman at many points in time. How do both of you work together? Do you approach him as the writer of your ideas or does he contact you for directing his works?

It works both ways. I approached him for “Manjali”, which was my first serious directorial venture, but there have also been projects in which the ideas and scripts have been entirely his. However, we do consult. It’s not that both of us are rigid or wayward. We listen to each other and imbibe ideas which we think should be imbibed. I also made Humayun Saeed meet him. Though both of them knew each other, they hadn’t met in person. After “Manjali”, I introduced them to each other and thereafter, our joint collaborations under the banner of Six Sigma Entertainment began, starting from “Pyare Afzal”.

How did you switch to films from dramas?

There was a series aired on Geo TV by the name of Tarang Films. All of these were remakes of classical Pakistani films. I was handed over “Abhi Tou Mein Jawan Hoon” to work on. Humayun Saeed watched it and approached me with his idea of a film. The idea was that of “Jawani Phir Nahi Aani”. It became a successful venture, and we continued to work on film projects, such as “Jawani Phir Nahi Aani 2” and “Punjab Nahi Jaungi”.

What do you enjoy more – directing a comic work or a serious work?

While my personal inclination is towards comedy, I believe that both serious and comic works are enjoyable if written well.

What is your perspective as a director?

A story has to touch my heart. Only then I accept it. I do not receive scripts as my duty. Fortunately, I also have this privilege to accept or reject scripts because I am in the field of production as well. But even in that position, I do not take whatever comes my way in order to increase the quantity of my projects. Quality is what matters. Story-telling is in the hands of a director to a large extent and has to have a feel to it. Only then will a good relation be formed between the director and the script. I went for “Dil Lagi” because Faiza Iftikhar wrote the screenplay for my idea in an incredibly amazing manner.

What is more difficult; drama making or filmmaking?

In Pakistan, film making becomes more difficult because people here aren’t professionally trained to write screenplays for films. Besides, it’s difficult to condense a story to a two-and-a-half hour duration and make it appealing all the same. If compared with drama, you have a lot of time in the latter genre to stretch the story. So, film-making is more challenging. But then, if I am to tell as a director, both dramas and films demand a lot of hard-work from my side. The effort of a director goes into both the mediums for producing quality result.

I had booked the next three years for films, and had even shot half of “London Nahi Jaunga”. Owing to the lockdown all over the world, our last spell of the film which is to be shot in London is pending. Now, since plans are being altered around the globe, I will also have to change my strategy. Instead of doing bigger projects demanding more expenses, I will probably go for dramas. For that too, I am working on a few scripts. I can’t say if they are going to be for the television or for the web.