* The producer, director, singer and actor says that 'Rung Dorangi' will be another fresh and colourful project for our screens which will keep the viewers glued to their televisions 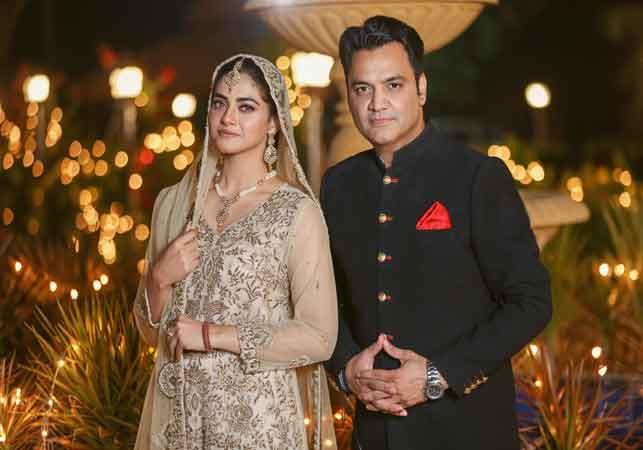 The rom-com has been written by renowned actor and writer, Saqib Sumeer and will be airing soon on channel LTN Family.

The producer, director, singer and actor who is known for having helmed hits like ‘French Toast,’ ‘Tapal Cinema’ and ‘Mera Ghar Aik Whirlpool’ apart from producing musical hits for his band The Arid Zone says that ‘Rung Dorangi’ will be another fresh and colourful project for our screens which will keep the viewers glued to their televisions, as it is not a usual run-of-the-mill production.

Unlike many other productions airing on our channels nowadays, it will surely take you away in a different setting and showcase fresh characters.

The story revolves around Hamza and Omer living in a farm house away from the hustle and bustle of the city. Hamza is a single parent who has lost his wife in a car accident. The plot takes an interesting turn when Ayesha runs away from her wedding because her mother Sakina forces her to marry her landlord brother’s son. Ayesha’s best friend Sadia takes her to the farm house where Hamza and Omer have been residing. A series of incidents occurs when Ayesha starts living at the farmhouse with Hamza, Omer and their helper Makkhan. The film brings out more surprising elements when the two interesting characters of Safdar and Jibran enter the picture.

Unlike many other productions airing on our channels nowadays, it will surely take you away in a different setting and showcase fresh characters

The romantic scenes between Namrah Shahid and Yasir Akhtar are eye catching and might remind the viewers of the breath-taking scenes from Yasir Akhtar’s earlier trendsetting ventures like “Oh My Love”, “Chandni”, “Jayen Kahan Armaan”, “Sard Aag” and “Azaad”. After “Meray Pas Tum Ho”, Shees Sajjad Gul has proven once again that acting comes naturally to him. The characters of Irfan Motiwala and Faizan Shaikh bring a lot of light entertainment to “Rung Dorangi”, and the film can undoubtedly be considered Namra Shahid’s best acting work up to date.

Another highlight of the film is its soundtrack, which is an amalgamation of ethnic percussions and fusion of country music coupled with an alaap by Vicky Akbar. The poetry of the soundtrack is written by Irfan Saleem and Yasir Akhtar, while the background music and soundtrack have been sequenced by Octave Studios.

While “Rung Dorangi” has been penned by Saqib Sameer, the storyline and script editing has been in the hands of Dureen. RD has been beautifully filmed by Farman Ali Balti and skilfully edited by Ali Mohammad, tells Akhtar.

“The acting of each artist in the production is very close to real life and it will surely bring smiles on the audience’s faces as well as tears as far as its inclusion of dramatic scenes is concerned.”

“Rung Dorangi” will hopefully be another feather in Yasir Akhtar’s illustrious career.

The writer is a freelance
journalist and can be reached at m.ali_aquarius85@yahoo.com. He Tweets at @MuhammadAli_DT