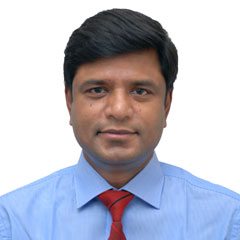 The writer is a freelance journalist, focuses on religious minorities and marginalised sections of society. He can be reached at asaphaqeel@gmail.com 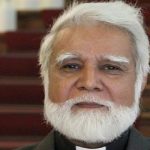 Archbishop of Karachi Joseph Coutts is set to be elevated as a cardinal by Pope Francis on June 29. He is only the second Pakistani who has been chosen to be appointed a cardinal among 14 others announced during Pentecost celebrations after the holy mass by Pope Francis on May 20. Before him Joseph Marie […] 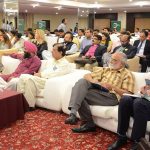 The National Commission on Human Rights (NCHR) ended the two-day minority convention with a resolve to bring out a whitepaper that would capture aspirations of religious minorities and the progress made so far on the landmark June 19, 2014 judgement and present it before parliament as most of the panellists spelled out that not much […] 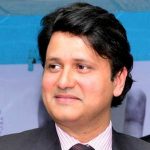 At last the Punjab Higher Education Department has notified a committee to consider providing a desired education quota to religious minorities in Punjab. “No one was paying attention to this demand until we met Punjab Higher Education Minister Syed Raza Gillani on December 13 last year,” said Bishop of Multan Leo Roderick Paul, who is […]

Chief Justice Shahabuddin once commented on Justice AR Cornelius that he was ‘more Muslim than a Muslim’. Cornelius referred to himself as a ‘Constitutional Muslim’. But when Yahya Khan in 1971 appointed Cornelius and GW Choudhry to draft a new constitution, Zulfikar Ali Bhutto, the then foreign minister, objected, saying: “He is a Dhimmi. How […] 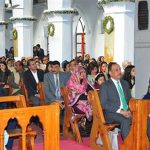 Lahore: On December 25, Chief of the Army Staff General Qamar Javed Bajwa took part in Christmas celebrations and attended the service at the Christ Church in Rawalpindi. General Bajwa wished a merry Christmas to the Christian community of the country. He also ‘acknowledged the role of Christian brethren not only towards creation of Pakistan […] 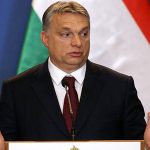 Lahore: Analysts express mixed sentiments on a recently passed Budapest Declaration, praising it for its stand against religious persecution but also highlighting the need for such documents to be framed in a language that does not show bias towards a particular community. The declaration adopted following an international consultation in October expresses solidarity with persecuted […]

Five men broke into Dewa Ram’s shanty in Chak 68, Yazman, and assaulted him and other family members following a brief argument over Ram’s refusal to work at the fields of an influential landlord in the area. The beating left Ram’s wife Kishni with a broken jaw. She remains hospitalised at Bahawal Victoria Hospital where […]

The Catholic Archbishop Sebastian Shaw had to extend a confessional apology for seating Maryam Nawaz at the sanctuary and letting her deliver a politically charged speech, a practice that is not uncommon among Pakistani non-liturgical Protestant denominations. Barefooted, decently clothed, with her head covered, Pakistan Muslim League-Nawaz leader Maryam Nawaz entered the Sacred Heart Cathedral […]

Lahore: Dr Ruth Katherine Martha Pfau was the master of her own destiny, and by being so, she transformed the destiny of thousands of others affected by Leprosy. She was born in eastern Germany to protestant parents but chose to join a Catholic order and make Pakistan her home for the most part of her […]

Lahore: Pakistan had adopted its first constitution in March 1956. The responsibility of presenting a copy of the constitution to the United States Congress as a goodwill gesture was assigned to the highest-ranking Anglo-Indian Christian in the National Assembly of Pakistan, Cecil Edward Gibbon, then serving as the National Assembly deputy speaker. He handed over […]