Christian community of Pakistan to get second cardinal 24 years on 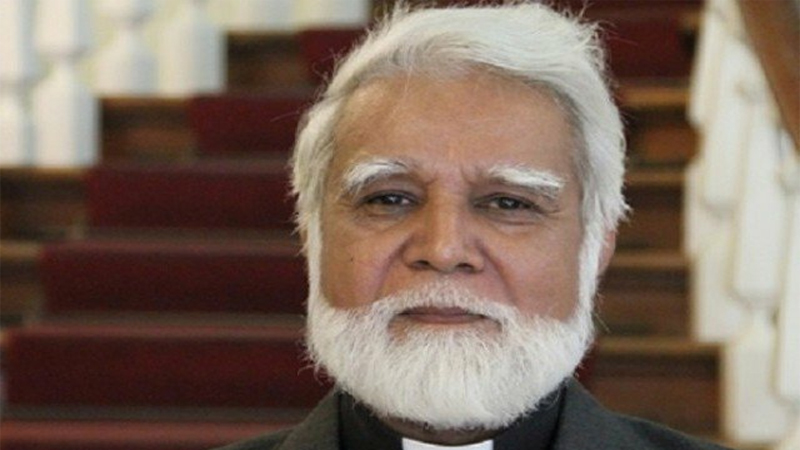 Archbishop of Karachi Joseph Coutts is set to be elevated as a cardinal by Pope Francis on June 29.

He is only the second Pakistani who has been chosen to be appointed a cardinal among 14 others announced during Pentecost celebrations after the holy mass by Pope Francis on May 20.

Before him Joseph Marie Anthony Cordeiro from Karachi had remained a cardinal until his death in 1994.

Archbishop Coutts is from the Goan community but he is well versed in Punjabi, Urdu and English. He was born in Amritsar on July 21, 1945. His father Peter Coutts, married to Phyllis, was working with Imperial Chemical Industries (ICI) at a managerial post. In 1946, Peter Coutts was transferred to Lahore.

Joseph Coutts was admitted to the St Anthony’s High School and received his first holy communion at the Lahore Sacred Heart Cathedral. He later served as an altar boy during his youth days at the cathedral.

Coutts received his religious training at the Christ the King Seminary in Karachi and was ordained as a priest at the Sacred Heart Cathedral on January 9, 1971 by Bishop of Lahore Felicissimus Alphonse Raeymaeckers. After ordination, Coutts served at Mariamabad village as a priest.

He was then sent to Rome were he completed ecclesiastical studies and upon his return he was appointed professor of philosophy at the Christ the King Seminary and then the rector of the St Mary’s Minor Seminary in Lahore.

On June 27, 1998, Coutts was appointed spiritual shepherd of the diocese Faisalabad. On 25 January 2012, Pope Benedict XVI appointed Coutts archbishop of Karachi. He succeeds Archbishop Evarist Pinto who resigned at the age of 75.

“In 2005, relations between the Christian minority and Muslim majority in Pakistan got strained after Jyllands-Posten published blasphemous caricatures. Bishop Coutts, Father Aftab James Paul, Father Khalid Rasheed Asi and I held a press conference in Serena Hotel to calm down the situation,” says Father Mendes from Faisalabad.

“A Muslim cleric angrily asked how the Christians would respond to this instance. Bishop Coutts remained calm and invited the gentleman to see how forces against religion were trying to pit a religious community against the other,” he recalled.

“The same people have made the film Last Temptation. We have to respond with peace and unity,” he quoted Coutts as having said. “And that’s how he brought the situation under control in Faisalabad.”

“The same year Coutts told the media in Holland that the respect and love that the Muslim brethren have for Mary can certainly help bring us closer,” Father Mendes added.

In December 2017, Coutts participated in birthday celebrations of Holy Prophet Mohammad (PBUH) along with Sikh and Hindu leaders. “Since becoming archbishop of Karachi, Coutts has made interfaith harmony his priority.”

The Catholic University of Eichstätt-Ingolstadt in Germany awarded Bishop Coutts the 2007 Shalom Prize for his commitment to interfaith dialogue in Pakistan.

Coutts’ sister Maria Coutts is serving as the principal of Convent of Jesus and Mary in Murree while his brother Trason Coutts has gone to Sweden.

About 1.5 percent of the Pakistani population is Christians and about half of them are Catholics. According to the data collected by the Catholic Church, there are more than one million Catholics living in Pakistan.