Budapest Declaration praised for its stance against persecution of minorities

g Analysts feel that for universal appeal, such declarations should be written in a secular language 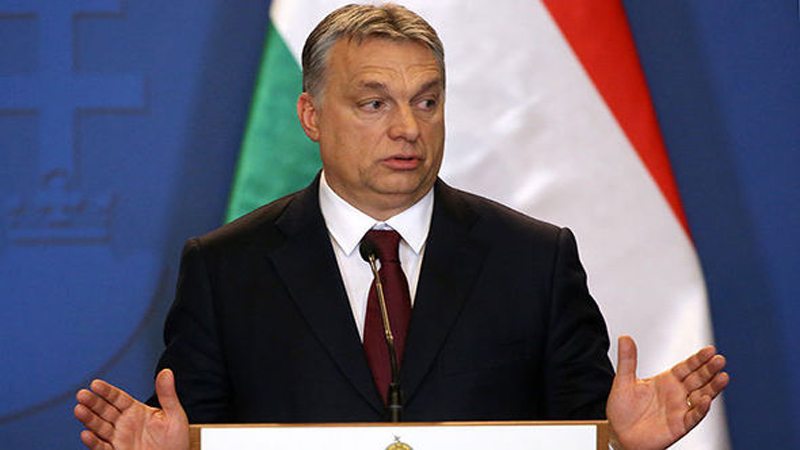 Lahore: Analysts express mixed sentiments on a recently passed Budapest Declaration, praising it for its stand against religious persecution but also highlighting the need for such documents to be framed in a language that does not show bias towards a particular community.

The declaration adopted following an international consultation in October expresses solidarity with persecuted Christians and other religious minority communities and seeks to help them stay in their historic homelands. It calls upon policy makers, influential individuals, and governments from across the globe to promote free exercise of religion.

The international consultation had been organised by the Hungarian government’s Deputy State Secretariat for the Aid of Persecuted Christians. Hungarian Prime Minister Viktor Orbán also addressed the consultation, echoing concerns raised by Pope Francis in September 2015 when he said that by remaining silent world leaders were being complicit in the persecution of Christians.

At the consultation, the Hungarian prime minister said, “It is a fact that four out of every five people oppressed due to their religion are Christians … The greatest danger we face today is the indifferent, apathetic silence of a Europe which denies its Christian roots.”

He said persecution of religious minorities was an underreported topic in the international press. “One needs a magnifying glass to find political statements condemning the persecution of Christians,” Orban added.

Other speakers stressed that the west should be ashamed that it could not come to the aid of persecuted Christiansand other religious minorities that were under political, social and economic pressures because of their faith.

Speaking to Daily Times, Dr Elizabeth Kendal, an expert associated with the Melbourne School of Theology, said the declaration was bound to be greatly appreciated for its stance for persecuted communities. “It is a good start. Persecuted religious minorities often feel alone, hidden, abandoned and forgotten. A declaration such as this, indeed any statement that acknowledges their suffering, is bound to be greatly appreciated,” she said.

Condemning persecution and calling for promotion of religious liberty is more important than some might realize, she added.

Dr Kendal said her only disappointment with the declaration was its failure to identify the nature of persecution accurately. She said the persecution suffered by Christian and other minorities were not mere atrocities. “The problem is systemic. Multitudes of Christians suffer crippling generational poverty due to systematic discrimination, much of which arises out disinformation and prejudice as much as policy,” she said.

In conversation with Daily Times, other experts drew attention to the need for framing such declaration in a universally applicable and secular language.

“For worldwide recognition it [the declaration] will most likely go through the United Nations General Assembly, but then the text will have to be amended in order not to show any bias towards Christianity,” Aidtrade director Peter Bronsveld said.

He said it would have been impossible for a public sector body to pass a similarly worded declaration in Germany, Netherlands, Belgium or France.

Zoltán Lakner, a Hungarian political analyst, went as far as terming the Hungarian prime minister’s address at the consultation as an assault on the European Union.

Differing from Lakner, Dr. Kendel said Hungary and other nations could make a strong stand for religious liberty without violating the separation of church and state. “Indeed, every state that has ratified the Universal Declaration of Human Rights has an obligation to defend and advance religious freedom as a universal human right.”

On the declaration’s focus on sustaining minorities in their homelands, she said it was a difficult endeavour but remained a step in the right direction.

Public discourse and official history in Hungary retains the memory of living under the Ottoman rule. The Turkish Sultan Suleiman the Magnificent had incorporated central Hungary, including Budapest, into the Ottoman Empire in 1541, and the control lasted til 1699. During this period, most of the Hungarians moved to other places where they felt safer from the Ottoman control. The result was that the Christian population decreased in the country. Hungarian art and history still retain memories of Ottoman rule.

Regarding the resurgence of a Christian identity at the state level, France-based analyst Dr Azam Gill said the phenomenon was visible in many western countries. The most recent example is the largest rally with at least 60,000 people at Warsaw to celebrate Poland’s Independence Day on November 11,” he said. The theme of the rally was ‘We Want God’. During their interviews with Al-Jazeera, the organisers said the event was a reminder of Poland’s Catholic identity and a response to Europe’s ‘invasion by immigrants’.

Dr Gill said rising incidents of terrorism by European citizens affiliated with militant Islamist outfits, uncontrolled migrations and their adverse impact on economies, and the eagerness of church leaders to remain politically correct had encouraged a conservative movement that sought resurrection of the rejected political status of the church. “The church leaders should use this opportunity to present the true face of Christianity. It is time for complacent and complicit church leaders to start earning their gold and purple by reclaiming their religion from the clutches of ambitious wolves in sheep’s clothing,” he said.

“This European grouping has superimposed Christianity’s promise of spiritual salvation over worldly redemption and set itself up as a savior. The explosive content of mixing religion and politics must not be ignored,” he said.

According to the International World Watch List, Pakistan is on the fourth number where Christians are persecuted because of their religion. Thousands of Pakistani Christians have fled to Thailand and have filed for refugee status with the United Nations High Commissioner for Refugees. In March 2015, the Jubilee Campaign, a US nonprofit, co-founded by British parliamentarian Lord David Alton, reported that around 4,000 Pakistani Christians were seeking asylum in Thailand.

Karachi University assistant professor Dr Sabir Michael, a panelist at the consultation, stresses that the situation of Christians is far worse in India than in Pakistan. The reality does not get highlighted because of successful lobbying by the Indian government.