Securing a better future for minorities in Punjab 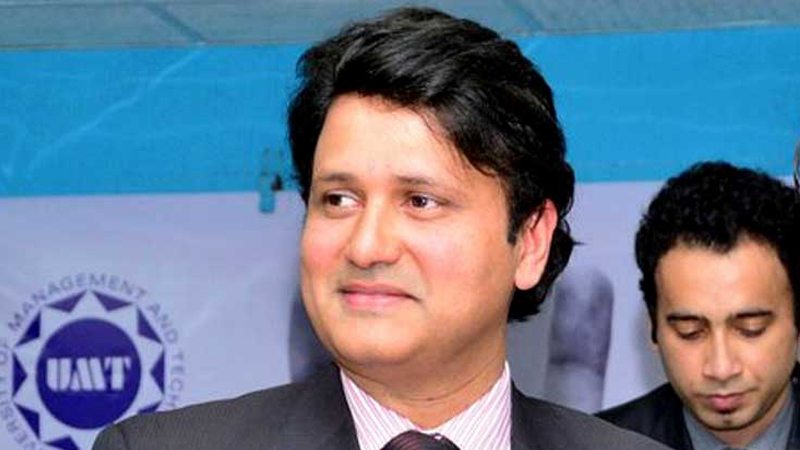 At last the Punjab Higher Education Department has notified a committee to consider providing a desired education quota to religious minorities in Punjab.

“No one was paying attention to this demand until we met Punjab Higher Education Minister Syed Raza Gillani on December 13 last year,” said Bishop of Multan Leo Roderick Paul, who is a member of the National Lobbying Delegation of Minority Rights.

“Gillani promised to help minorities in this regard,” said Ayra Inderyas, lecturer at the Kinnaird College University and another member of the delegation.

On March 27, the Punjab Higher Education Department constituted a committee to fix minorities’ quota for admission to public sector universities/colleges.

The delegation, a group of minority representatives striving to secure constitutional rights of religious minorities, has long been saying that the minority job quota is not being fully exploited because of an inherent fault. It makes no sense of providing religious minorities with an employment quota if there is no special provision for them in the institutions of higher learning.

Romana Bashir, a consular for the Commission for Religious Relations with Muslims, said that the delegation met Punjab University Vice Chancellor Dr Zakria Zakar on March 30. “Professor Zakar agreed with the rationale for providing the education quota to religious minorities.”

With the gigantic efforts of late Minority Affairs minister Shahbaz Bhatti, the government notified the minority job quota in May 2009 but that had not been fully exploited for two reasons – lack of will in the state machinery to let minorities prosper and the lack of suitable minority candidates to fill the entire minority quota. Who is responsible for this situation? Simply, the state of Pakistan is responsible for not being able to provide a good number of educated persons.

There is a historical background to which religious minorities, especially Christians in Punjab and scheduled castes in Sindh, are perceived to be born for menial and degrading occupations. The personnel in the state machinery are not immune to social inequalities.

According to the data provided by the Punjab Public Service Commission, 1,712 vacancies were advertised from 2012 to 2016 for religious minorities. Of them, 799 were filled while 913 remained vacant due to unavailability of suitable candidates. The reason? No suitable candidates were available.

The job quota is provided as an affirmative action. The state is considered as the protector of basic rights and the provider of livelihoods and basic services to its people. Affirmative action is a policy instrument, which is used to close the gap between majority and marginalised communities and upholds guaranteed rights and access to opportunities equally for all citizens.

The Annual Statistical Bulletin of Federal Government Employees 2010-11 states that out of 449,964 jobs, only 2.6 percent or 11,521 have been held by non-Muslims while they account for about five percent of the total population. Not just this, about 70 percent of 11,521 jobs fall in grade 1 and grade 2 while not a single non-Muslim is in grade 22. So minorities have a higher representation in the menial jobs, like janitorial services, which shows that they are backward and need positive measures to bring them on a par with the rest of the society.

Also, the Pakistan Muslim League-Nawaz in its manifesto of 2013 had promised to allocate employment quota to minorities with a healthy representation in educational institutes. Sadly, no minority parliamentarian has ever publicly spoken about that promise. But when Gillani was reminded of the manifesto, he constituted a committee on March 27.

MNA Romina Khurshid Alam, belonging to the PMLN, submitted a bill for constitution of the National Commission for the Education of Minority but it could never gain support of the ruling PML-N.

In Punjab, minority parliamentarian Shakeel Marcus Khokhar submitted a resolution for providing education quota to religious minorities in September 2016 but it was never brought on the floor of the house. In February, Hina Pervaiz Butt submitted “Access to Higher Education Act 2017” in the Punjab Assembly but it is yet to be taken on the agenda of the assembly.

“Although the demand of minorities has met frustration at the federal level, the notification from the chief minister would be a step in right direction,” said Krishan Sharma, who is member of the delegation and heads Rights of Expression, Assembly, Association and Thought (REAT) Network.