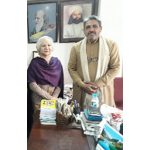 I remember a smart and graceful lady with grey hair namely Parveen Malik accepting my invitation for a Mushaira at my residence a couple of years ago. Despite that she lived at a far distance in Valencia Town, she graced the occasion. The other guests too were related to literature. She was already famous for […] 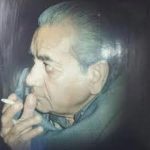 I remember meeting poet and writer Ahmad Rahi sitting on a chair in a shop on Montgomery Road, Lahore many years ago. Probably because that area used to be hub of film line peoples’ offices surrounding Lakshami Chowk. He looked to be simple man clad in modest attire with a cigarette in his fingers. Despite […] 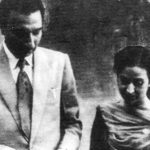 Late statesman and army officer Khizar Hyat Tiwana who headed the unionist government at the time of creation of Pakistan and opted to live in the West thereafter, passed away with his vision of Punjabi-speaking people “transcending limitations of the geographical map”, the Punjabi identity that came to be known as Punjabiat. Amrita Preetum was […] 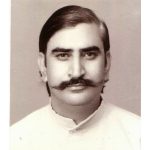 I was tempted to explore the works of Punjabi writers after I came to know that Punjabi language and literature dominated the third day of the Urdu Conference that was held in the first week of December 2019 in Karachi. The foremost of the names in Punjabi literature that came to my mind was that […] 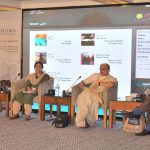 Nasreen Anjum Bhatti is among the foremost names in Punjabi and Urdu poetry. She is famous for her Urdu poetry collection ‘Bun Baas’ and Punjabi poetry collection ‘Neel Karaiyan Neelkaan’, the latter was published in 1979. She was a proponent of peace and love all her life but was a political activist at the same […] 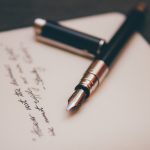 On November 19, 2019, when former prime minister Nawaz Sharif departed for London on a special chartered Qatari Airlines plane after getting relief for 30 days medical treatment in London, this happening reminded me of a couplet by Dr Tariq Aziz from his poetry book Jilla Watan that says ‘Munsif Sei Main Insaaf Talab Kar […] 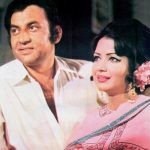 Zeba, the Pakistani film actress of 1960s and 1970s was born in Ambala, British India on September 10, 1945. That makes her 74 in 2019. At the age of three, she migrated to Pakistan where she got her education. Her first film was ‘Chiragh Jalta Raha’. After her first film she was offered roles in […] 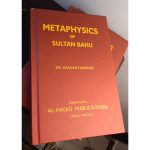 On just reading the title Metaphysics of Sultan Bahu by Dr Hassan Farooqi, two terminologies attracted me which needed elaboration for a layman. Firstly, ‘metaphysics’ which is defined as the branch of philosophy concerned with the nature of existence, being and the world. Generally speaking it is believed that Metaphysics is considered as the foundation […] 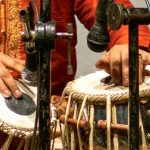 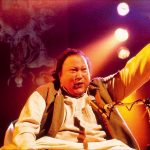 Late vocalist and musician Nusrat Fateh Ali Khan was born on October 13, 1948. His popularity skyrocketed sky high in the 1990s. By then he was an established musician acknowledged and admired globally. He still is a favourite singer of many of his fans. His travels to India, Europe, USA and Japan had developed huge […]