Living for a week with Hassan Latif’s music 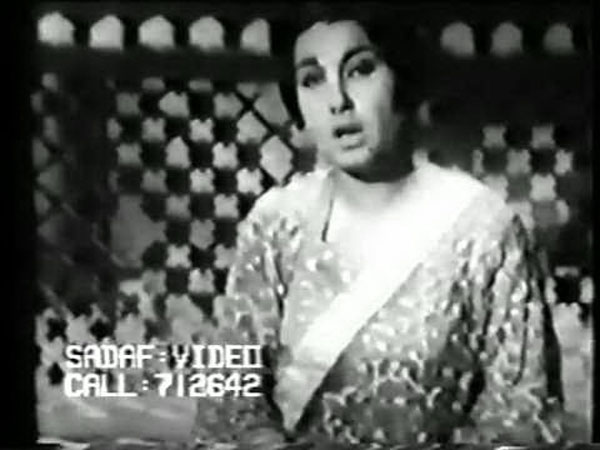 Luckily Lawrence Gardens known as Bagh-e-Jinnah is open to public at the time of writing this piece on music composer Hassan Latif.

In the evening when I go for a walk in this garden I often come across veteran poet Aslam Gurdspuri who happens to live across the garden on Lawrence Road. Invariably we enter into conversation on music and poetry. His fondness of music composer Hassan Latif and his music profuse out from his conversation as both have been old friends. Aslam has seen Hassan’s struggle as a music composer among hostile foes in the film industry. Aslam asked me to write on him. I told him that I had written on his films five years ago but I shall first do my Thursday night Radio Show ‘Hamare Mausiqar’ first and then write on him again. So I spent a whole week digging out Hassan’s songs, listen to them again and again and tried to assess the impact these songs created on the listeners. Finally, I hosted a live show on Hassan Latif’s life and works on Thursday July 16, 2020 from 11:05 to 12 midnights on Radio Pakistan’s FM93 megahertz and MW630 kilohertz channels. There was tremendous response received from the listeners’ phone call messages passed on to me by the duty officer Mudassar Qadeer.

In order to prepare for the show, I was constantly in a lookout for Hassan Latif’s successes and failures. My first choice was his composition ‘Log Daikhain Na Tamasha Meri Tanhaai Ka’ by Nurjehan from 1962 film ‘Maan Bahu Aur Baita’ composed by Hassan Latif. As in vogue in those days, a Dohra precedes the main song. The net impact is that of sadness, dejection and pathos.

Regarding Hassan Latif’s love for music and his life-long struggle to carve a name for himself, Aslam Gurdaspuri stated that when Hassan was twelve years old, he got associated with Ustad Ashiq Ali Khan’s household. He would visit Ustad’s house frequently and even did not mind carrying out daily household errands. He started learning how to play harmonium and a time came when there was no proper arrangement of harmonium player to accompany Ustad Ashiq Hussain for his recitals, Hassan Latif was asked to accompany the great Ustad on Harmonium. A time came when Hassan Latif learnt many Raags and would compose a tune in one Raag and amalgamate it with many close-by Raags. His foundations in music were laid in classical and folk music.

As far as art of music compositions is concerned, Hassan Latif proceeded to Bombay and joined a menial job with Madhok who was basically a lyricist and had also directed some movies in 1930s and 1940s. Madhok was credited for bringing Naushad Ali to Bollywood. He penned lyrics for Naushad’s first film Prem Nagar. After that they worked together in many films with successful contribution to Indian Cinema. Their pairing culminated in Rattan, which was a big success at the box-office, especially for its music. Hassan Latif started observing how a song was composed. He discovered that rendering a Raag in any classical format was different from composing a song in a Raag. He also learnt different classical rhythmic patterns and he became very sensitive to the fact as to when the song should expose a sum (beat at the completion of one rhythmic cycle). The composers who are sensitive to this art create excellent masterpieces. Pakistani composer Ustad Nazar-e-Hussain was another name who knew the apt use of this art.

It was pre-war days with India in 1965. The sentiments of the public were at its peak in support of Pak Armed Forces. The artists used to gather at Radio Pakistan premises and compose and record national songs without any remuneration. On day there was a gap, so all stalwart put their heads together and decided to record Sufi Tabassum’s Ghazal ‘Wo Mujh Sei Hue Hamkalam Allah Allah’. I used to visit Radio Pakistan also as a student from UET and am a witness to the fact that it took almost half a day to decide as to when the ‘sum’ (beat) should appear; on the first word Allah or on the second. Producer Muhammad Azam Khan, music composer Hassan Latif and other musicians agreed that in the ‘Asthai’ the sum should appear on the first and after Antara meets the Asthai, on the second. Such was the sincerity of purpose and Farida Khanum’s jewel was carved. Muhammad Azam Khan informed me that majority of artists used to visit was fronts to entertain the army soldiers and also go to CMH. That was the selfless spirit at top in 1965 war.

I posed the question of Hassan Latif doing lesser films despite being so talented composer; Aslam Gurdaspuri said that any person with lot of qualities has a weakness as well. Hassan Latif was in love with Nurjehan’s voice and thought that no other singer could match her flair of singing. He started accompanying her on her recordings on Nurjehan’s desire; the composers could be any, Khwaja Khurshid Anwar, Master Inayat Hussain, Master Abdullah or even Nazir Ali. He would be there full time with Madam. Initially the music directors tolerated his presence but then arguments started happening. He lost his independent position as a composer and was treated as a worker instead. Then the professional rivalry from the clout from the Red Light Area also went against him.

In the process of his attachment with Nurjehan, he composed few wonderful songs for her, may these be ‘Humain Kaya Mila Pyar Ka Sila’, ‘Pal Pal Daikhun Teri Rahain’ (a relatively faster pace love song with deliberate out of tune guitar interlude) and ‘Julmi Dil Ko Jala Gaya’ from the film ‘Taqdeer’. Of course her famous song from the film Sasural’ is ‘Ja Apni Hasraton Par Ansoo Baha Kei So Ja’ filmed on Nighat Sultana. Another lesser known song is ‘Kyun Kahain Yei Situm Asmaan Nei Kiye’ from the film ‘Saaz Aur Awaaz’. In these songs he used the full range of Nurjehan’s voice and nowhere any screeching tone was discovered as usually is seen in other composers’ songs while using female voices in high pitch compositions. The general impact was full of anguish and suffering. May be his own sufferings were depicted in his compositions.

Hassan Latif would be remembered for his 123 sad melodies in 23 films for time to come as impact of sorrow lasts longer!