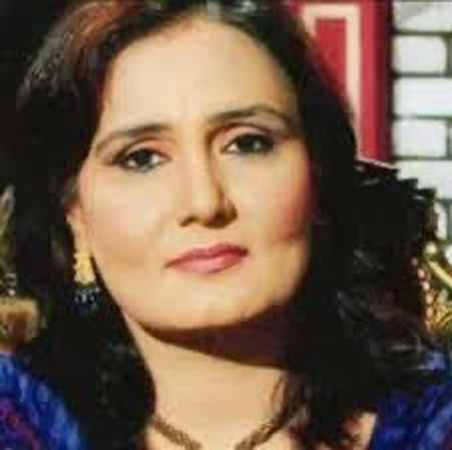 Since Dr. Sughra Sadaf took over as Director General, Punjab Institute of Language, Art and Culture (PILAC); this organization has shown tangential rise in its contributions to Punjabi language and literature.

A lady who has made a place for her in arts, education and social sectors worked hard with full energy in the growth of PILAC inn parallel. Both Sughra Sadaf and PILAC have become synonyms. She has organized innumerable programmes, events awards ceremonies during her first tenure and now in the second stint her aim is to open Punjab Rung Radio channels at Multan and Rawalpindi. She holds PhD degree from the Department of Philosophy, University of Punjab in 2005. Her thesis was titled “Sufi Poet Mian Muhammad Bukhsh’s Philosophy of Divine Love in Co-relation of Thoughts of Punjabi, Urdu, Persian and English poets”. It was in context of divine love like great Sufi poet Shah Hussain, Sultan Bahu, Bulleh Shah, Khwaja Farid, Allama Iqbal, Ghalib, Rumi, Hafiz, Blake, Milton etc.

We shall discuss Dr. Sughra Sadaf’s short stories book ‘Birha Much Machaya’ (separation created havoc) first. Dr. Sughra Sadaf says she was writer from her childhood. Playing on soil barefoot, she absorbed temperament of her land in her life and psyche. She would listen to stories from her mother and grandmother and before going to bed would think about happenings beyond the conclusion of these stories. She had been writing stories since her school days, whatever the format was; letters, Ghazals, poems, stories, novel, criticism and drama. Daily routine however did not give her time to ponder upon giving her short stories book a physical shape. Credit goes to the Punjabi Sangat sessions where she presented her Punjabi stories which were put to critical appraisal and helped her to give them final shape. Dr. Sughra Sadaf hails from vast pastures of rural backdrop. She is happy to live in a house with big front lawn and backyard. Her career however brought her to the congestion of city life. Her stories are therefore a reflection of good and bad points of both rural and urban lives.

Dr. Sughra Sadaf says that in all the stories she has written, it seems that her own self is one of the characters of the story. In her story ‘Taveet’ (amulet) if a female narrator is pampered by her grandmother, she is forced to accept (which she resists) her Nikah (in the village) with a person she does not know whereas her class fellow Abdullah (in the city) for two years has already shown interest in her. She seems inclined towards his penchant.

On her reluctance, her grandmother constantly gives her example of Maasi Aysha living opposite her house and was married at second place and raised four daughters from her husband’s first wife and also raised her sons quietly and obediently. The advice given to her was that a wife is subservient to husband’s wishes like Maasi Ayesha living opposite her house. By now Maasi Ayesha had become tightlipped who had quietly worked like a machine all her life. In order to find out the reasons for her gloom, the narrator befriended Asia, Maasi’s granddaughter. Resultantly resisting her Nikah with her proposed beau by family, the narrator also became quite. She could not get much out of her friend Asia. She however discovered a photograph of a young girl with a handsome boy, a wedding picture which turned out to be that of Ayesha and her hubby, both of Sikh origin.

Maasi Sakina used to come for giving bath and preparing burial of village females. She also came for Maasi Ayesha’s burial. She knew the history of every household in the village. The narrator got hold of a ‘tveet’(amulet) from Maasi’s body and concealed it. The narrator’s research led to the information that Ayesha and her husband were lost in the humbug of partition till they came under the patronage of Lala Sardar, the latter was suspected to get Ayesha’s beau murdered and had an eye on Ayesha and ultimately married her. Since then Ayesha worked day and night and became tightlipped. Naturally the narrator would not like to be in Maasi’s shoes!

Sughra’s stories are also reflected in her poetry, poems and columns. She lives and thinks in her stories even if she is writing in other formats of literature. Stories also take a journey to materialize like a person does. That is why her Punjabi stories book appeared after writing many books on poetry, translations and criticism.

The short story ‘Daru’ (liquor) is the story of a lady living alone in a London flat where her nephew used to visit her on monthly basis to give her company. One day somebody knocked at her door and a man and a woman enter her toilet straight away and leave in a hurry after stealing her toiletries before she could stop them. It was a strange incident. She finds a group of men and the ladies using her toiletries in the common wash room the following day. One day the girl knocks at her door again and begs her to let her come in. Upon query she narrates how a Pakistani man had converted her as Muslim and started living on her job. Not only that, he lured her to bring her fiancé, mother and sister from Pakistan. She kept on accommodating his desires till his fiancé got pregnant. Then she overheard the couple that the man did not love the lady and was passing time living on her income. By then he had started going to club and bars and is into drugs. The lady gets so disgusted that she also starts taking drugs. Upon hearing this story, the lady of the house where the deceived lady had taken refuge also got addicted to a sleeping pill. This story exposes the ills of western society and how some of the expatriates take advantage of situations there. There are ten other stories in this collection that express the deep insight observations of Dr. Sughra Sadaf.

This is poetry book in Urdu. I shall quote excerpts from my book review dated May 13, 2011 “The poetry book titled ‘Wa’ada’ by Sughra Sadaf is one of that rare poetry books that neither contains any Preface/Introduction nor any words of appreciation by her fellow poets and writers either in the main text or on flap cover. The poetess presents herself to the readers or critics to judge its contents on merit. Dr. Sughra Sadaf offers her approach to life through her couplet ‘Aei Zindigi Dikha Dey Mujhey Raasta Mera/Mujh Sey Bicher Gaya Hei Kahin Qafila Mera’ (O! life, show me the right path as I have lost my cavalcade somewhere). Though the theme of Sughra’s poetry is love, she has deviations to offer also.

Sughra says ‘Maqtal Bana Hua Hei Mera Sheher In Dinon/Ab Raah Soojhti Nahin Koi Nijaat Ki’ (Page 29) (My city is a scene of massacre nowadays and it seems there is no way out). There are examples that depict the mental turmoil of not only the poet but also that of an average Pakistani on the terrorism activities. The general apprehension of the public in this scenario is perhaps depicted by Sughra in the couplet ‘Uljhi Hui Si Phirti Hei Kutch Din Sei Yeh Hawa/Daikhi Hei Wehshat Us Nei Abhi Aik Raat Ki’ (Page 30) (The air seems perturbed though she has seen only trepidation of one night (one era)). Sughra prays to the Almighty for eradication of problems by saying ‘Mere Habib Merey Dard Ki Dawaa Kar Dei/Nazar Sei Door Masaaib Ka Silsila Kar Dei’ (Page 131) (O! My God, give me respite from my pains and remove all the problems in my life).

Sughra’s love themes are depicted in an amazing manner in the Qata’a wherein she takes analogies of famous love pairs in the history. She says ‘Tu Hei Shakuntala Kei Kahin Intizar Mein/Mein Kalidas Kei Kahin Khwabon Ki Abroo’ (Page 32) (You are waiting for Shakuntala and I am the honour of Kalidas’s dreams)”.

Work for PTV and Radio:

Dr. Sughra Sadaf’s contributions as writer and compere for PTV and Radio Pakistan are immense. Her weekly programme ‘Mehkan’ from 2005 to 2007, ‘Sukhan Dey Warris’ in 2008-09, ‘Sufi Sung’ in 2010-11, ‘Sufi Saghat’ in 2014-16 and ‘Mun Sufi’ in 2017 need mention. For the latter programme she travelled far ends of the country, visited all major shrines and covered their teachings through music and research work. Even I travelled with her to Nosha Pak Shrine near Bahawalnagar for one of the episodes as a singer. She wrote special documentary on mysticism for PTV’s ‘The Sufi’. She conducts Radio programme ‘Ki Janaa Main Kaun’ on Radio Chanel FM-95, Punjab Rung, Lahore.

The main contribution of Dr. Sughra Sadaf is her efforts to promote Punjabi language and literature at PILAC, summarized below.

The above are few of the activities initiated and continued by Dr. Sughra Sadaf for PILAC, Her priorities during her present tenure are its Multan and Rawalpindi chapters, she mentioned to me recently. With her dynamic personality and energy, one expects that she being member of many important government bodies shall use her influence for introducing Punjabi language in the curriculum at Primary Level.