* I remember when I was a kid my elder brother Dr Khalid Akram Mahmud used to take me to King Edward Medical College functions like annual plays, swimming gala etc 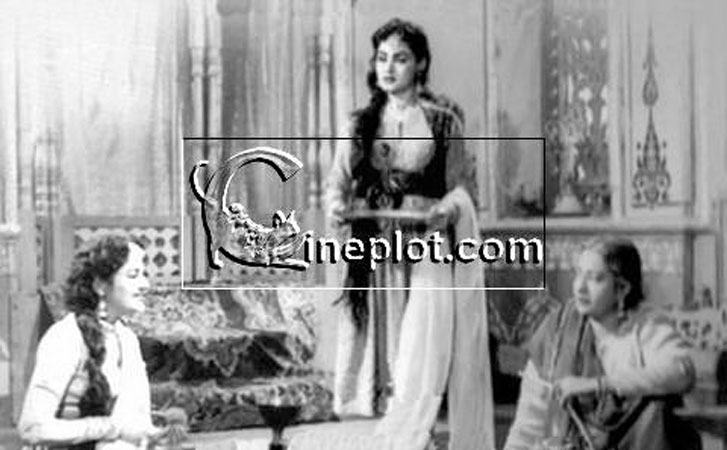 There are two types of music composers in Indo-Pak film industry; one, which are both commercially and technically good, two who are technically good but do not either bother or do not have contacts in the industry with those who matter.

In the former category Shankar Jaikishen from India and M. Ashraf from Pakistan fall. In the second category those who are outstanding technically but did not have acumen to socialize, some names are Jaidev, Khayyam, Madan Mohan from India and Master Manzoor, Hassan Latif and Safdar Hussain from Pakistan. One can add other names in both these categories. Indian indispensable singer Lata Mangeshkar boycotted the outstanding composer SD Burman for many years, an ego problem. The same situation did not make Khayyam and Lata team up for few prime years. Lata promoted the lesser grade composers Chitergupt and C Ramchander instead. Sajjad Hussain did not budge an inch on Lata’s opposition to him and did only 14 films like Hulchul, Sangdil, and Rustam Sohrab with Lata’s incredible songs. Once in the lowest ebb of his career when Khayyam was being advised to make his music more commercial like RD did, SD advised him not to do so as truth shall prevail and his style would be appreciated one day. Khayyam listened to SD’s advice and he bagged the highest honours in the end. Those in Pakistan either were overshadowed with success of giants such as Rasheed Attre, Khwaja Khursheed Anwar, Feroze Nizami, Master Inayat Hussain and alike and got B Grade pictures that did not do well on Box Office. On average their ten percent movies clicked. Tassaduq Hussain gave outstanding songs in Nurjehan’s last film ‘Ghalib’ but the film was average on Box Office.

I remember when I was a kid my elder brother Dr Khalid Akram Mahmud used to take me to King Edwards Medical College functions like annual plays, swimming gala etc and I used to sing as Baby Amjad in the intervals. The students used to like my songs like Lata’s Aa Jaa Abb Tau Aa Jaa, Man Dole and Jadugar Saiyyan. A hefty tall guy used to accompany me on Piano from back stage. That was my first introduction to music director Tassaduq Hussain though later I did not come across him as I spent my energies in my profession as an engineer.

Curious to dig out his feats as a composer I found out that Music director Tasadduq Hussain’s first film was ‘Chhoti Begum’ released on May 11, 1956, which was a golden jubilee hit film. He used singer Kauser Parveen’s voice for heroine Sabiha Khanum

1957 was a lucky year and Tassaduq bagged two films ‘Daata’ and ‘Nigaar’. The former film was also Sabiha-Sudhir starrer film and Saleem Raza’s song “Kar Saari Khataein Muaaf Meri’ was an instant hit as Sudhir visits a shrine with a baby in his arms seeking forgiveness. Movie ‘Nigaar’ was Naeem Hashmi directed film with actors Shaheena, Aman and M. Ismail. Tassaduq used Salim Raza and Fazal-e-Hussain’s voices with Kauser Parveen. This was the time when Nurjehan only sang for the films in which she acted. Mehdi Hassan had not arrived in the playback scene. So choices of singers were limited. The songs, all penned by Naeem Hashmi sung by Kauser Parveen were ‘Aei Sitaro, Bebason Pei Muskurana Chore Do’, ‘Aa Jao’, ‘Ik Shokh Nigahon Waale Nei’, ‘Jashn-e-Mehtab Hei’, ‘Kaliyan Khili Hein Bun Bun Main’, ‘Nacho Chun Chun’, ‘O Piya’ and ‘Piya Roopnagar Main’. 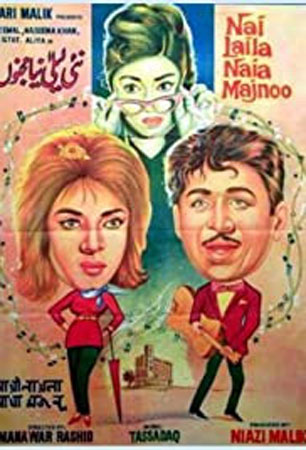 In 1958 Tassaduq bagged two films ‘Naya Zamana’ and ‘Naya Daur’. In 1960 Tassaduq composed music for films ‘Bhabi’ and ‘Shahzadi’. Tassaduq Hussain won the President Award for best music director in 1960 for film ‘Roop Matti Baz Bahadur’. In 1961 he gave music for ‘Zameen Ka Chand’ and ‘Ghalib’. A lot of expectations were placed on the film Ghalib but it did not click on Box Office despite excellent music by Tassaduq Hussain. It was the last of Nurjehan’s film as an actor also. A local daily had reported “The film Ghalib has aroused such varied opinion. The film, to say the least, is truly enchanting, and as perfect a production as the Indian Mirza Ghalib for which the hero won the Indian President’s Award. It is perhaps, correct that a great deal of imagination has been interwoven with facts, but this, I am sure, could not be helped. What interest could the picture hold otherwise?” The cast was Abdul Latif Baloch, Nurjehan, Agha Salim Raza and Sudhir. The ghazals were made in beautiful tunes barring ‘Hei Bus Kei Har Ik Unke’ recorded in a typical Mujra style.

1964 films were ‘Aik Dil Do Diwane’, ‘Baghi Sipahi’, ‘Maa Ka Pyar’ and ‘Chhoti Ammi’. 1965 films were ‘Jhanjar’ and ‘Bahu Begum’. The films that followed were ‘Nadir Khan’, ‘Shahi Mahal’, Josh-e-Inteqaam’ and ‘Alif Laila’ in 1968, ‘Sitamgar’ and ‘Dracula in Pakistan’ in 1967 and ‘Baghi Sardar’ and ‘Janj’ in 1966. He became more popular when he composed music for ever green musical film ‘Hamrahi’ in 1966. This was a carbon copy of Indian film Dosti based on two teen age boys, one blind and one crippled. Indian film songs were sung by Muhammad Rafi and Pakistani film’s by Masood Rana. The former was a commercial success but the latter was not. The songs became popular in their respective territories.

From 1969 to 1972, Tassaduq Hussain remained busy with the movie ‘Nai Laila Naya Majnu’. This movie had actor Kamal, Aliya, Nasima Khan and Ilyas Kashmiri in its cast. The other films were ‘Dastan’ and ‘Shabistan’. Films in 1969-70 were ‘Naya Savera’, ‘Ali Baba Chalis Chor’, ‘Shahi Faqeer’, ‘Rabb Di Shaan’, and ‘Love in Jungle’. In 1972 Tassaduq gave music in ‘Badgumaan’. Then after a gap of seven years Tassaduq gave music in a costume film ‘Muhammad Bin Qasim’ in 1979. Tasadduq Hussain’s last film was ‘Haseena Maan Jayegi’ in 1980. Shortly after his last film he died on January 13, 1982. He composed music for 35 films. Today if you ask anybody about him, some would only remember him for Masood Rana’s songs in ‘Humrahi’ despite that he was a complete music composer; tuner and instrumentation wise.