* Asked about her memories of Partition, she said that she had not seen the genocide herself but she distinctly remembers Gujjar Khan, heart of Pothohar from where she migrated 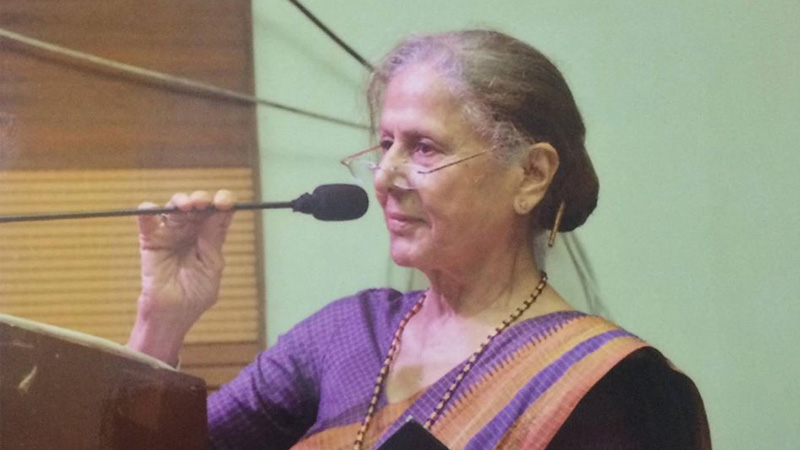 Videos of people who remained on either sides of Punjab at the time of partition of India in 1947 titled ‘1947 Lakeerain’ on 5 AAB TV is based on the experiences of writers and poets after so many years.

One such writer is Kanaa Singh now living in Mohali, in India. Mohali, along with Chandigarh and Panchkula, forms a part of the Chandigarh Tricity.

Asked about her memories of partition, she said that she had not seen the genocide herself but she distinctly remembers Gujjar Khan, heart of Pothohaar where from she migrated to India in 1947. She lived in a house near Hostel Waali Gali (street near hostel lane) she said. She left in early 1947 to Fareedkot. The Faridkot Division was established with a Divisional headquarter at Faridkot which includes Faridkot, Bathinda and Mansa districts. In Gujjar Khan she was witness to the fact that a thanedaar (police inspector) whose name she had forgotten but her daughter was namely Suraiya, was a Muslim who laid Quran on his chest and did not let mob attack Hindus or Sikhs. So this city was saved from the genocide. While she was asking people who watched her video about him, a fan wrote from the name

Kanaa Singh has written many books in which Pothohaar’s memories speak. She recalled that in general her childhood was excellent but one thing had disturbed her that one day she went to school and her class fellows started beating her as she was the daughter of a congress person. Actually there were just three elders who were Congress persons, the others were not. One was Kanaa’s father called ‘leader’ as he was a wise person, the other Bata shop owner called Harnaam Singh Bata and third one she did not remember the name.

One thing is amazing that pre-partition, all the studies in schools was in Punjabi Language with only one hour Hindi class whereas presently the Punjabi activists are still struggling to study in Punjabi at primary levels. Kaana still recalls Gujjar Khan fondly and despite living for so many years in India her dialect is Pothohari.

In India Kanaa remembered having spent time selling lemon-water or other things. It was a game for her as a child but she does not recall her and her siblings going hungry. In Pakistan her father was owner of a petrol pump in Mandra but in India her father started a job on a petrol pump for mere three hundred rupees. Someone found a house vacated by Muslims for this family but her father used to pay rent for this house.

Once Baba Kharak Singh came there, and her father served the people water. Where she returned from school, she was crying. She did not know what a ‘Congressee’ meant. A neighbouring wise lady saw her crying and upon hearing she put a badge on her shirt saying that in school she should announce that her Papa Ji had turned ‘Akaali’.

Then there was grandmother who died at the age of 105. Till 90 she used to do household things like weaving on ‘Charkha’ but when laid on bed she would open her eyes and say aloud ‘Ghar Chalo Na’ (let us go home). Obviously she missed her house in Gujjar Khan. When told that she was in her house she would continue repeating the same phrase. When she heard amalgamated language and pronunciation of her grandchildren she would say that anybody who changed one’s ‘mother tongue’ cannot be sincere with anyone. Kanaa stated that she was very close to her grandmother.

Kanaa’s father had migrated to India two years after partition as he was very attached to his work and neighbours in Gujjar Khan. “My mother went back to fetch him but he was back on his petrol pump with Rs. 170/- cash in the cashbox deposited by the neighbours to whom my father had given the keys of the petrol pump before he went in for hiding. Finally he accompanied my mother. Some of our relatives stayed back. Gujjar Khan was a rich city. We had electricity there in 1945. We were businessmen doing business of raw sugar (gur), clothes and dry fruit”. (She is so fond of her memories of her city of birth that she has posted a documentary on Gujjar Khan which doesn’t look the same as is her memories. It is known as heart of Pothohaar region proud of its martial race and two recipients of Nishan- e – Haider).

In Shahdara, Delhi she did matric in 1952 in candlelight. All the big writers came from Gujjar Khan. They studied either in Khalsa College or in Islamia College” Kanaa recapitulated her thoughts of her hometown. Her poem ‘Os Naan Di Raani Aan Main Nandhi Pothohaar Di, Soohni Tei Sayani Haan Main Nandhi Pothohaar Di’ reflects her love of culture of her birthplace. When she was 3 ½ years, her two elder sisters got married. The entire dowry used to be stitched at home. The left over cloth was stitched to make her clothes as well. She thought that she too would get married. She would wait for hours to look at handsome groom coming on horse ride. That image is still imprinted in her mind. 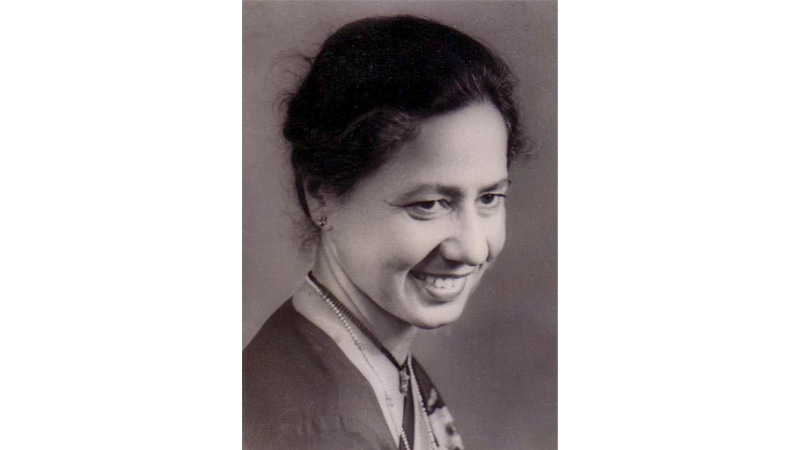 About Punjabis settlers in East Punjab Kanaa was vehement that the families such as theirs were not accepted by the dwellers. They did not agree that these families were migrants as they lived relatively more affluent lives. They ate chicken. So many families moved ahead. Hers went to Delhi as her maternal uncle lived there. So presently the migrated Punjabis are like salt in flour. Then Sikhs were teased as “phapaas’ because they used to call their elders as phapaas. Secondly there could have been a jealousy factor linked with the affluence of Sikh people. Regarding independence, she was skeptical. Many people who fought for independence, when moved to India either got construction contracts or became Ministers. About advantages or otherwise of division of India, she said that she was the only one who went up to University level whereas her sisters reached only up to middle level. Her father wanted her to become a magistrate. She was not very clear as to how the partition impact was reflected in her stories.

Needless to say that many Indian celebrities hailed from Gujjar Khan like actor Sunil Dutt, Indian Prime Minister I K Gujral and writer Gulzar. M Saleem commented “Feelings that this beautiful lady (inwardly as well as outwardly) summons up with her demeanor, language and sincerity of heart and head are not to be expressed in words of any language but only can be felt deeply by the soul. She stirs a strange desire to listen to her unending. Nothing more can be expressed”.

Kaana Singh is a fiction writer and a literary journalist. She passed her graduation and Masters privately. Before that, she went to Government Girls High School, Dareeba Kalan, Delhi-6. She lives alone nowadays in Mohali, India. Her time is spent looking after her ailing son Dhawal Singh who is a chronic diabetic patient. Her second son is Dr. Hardeep Anant, Professor and acting MBA Director in the University College of Ajman, UAE about whom she spoke to me very proudly over telephone. His lecture on the topic ‘The Elusive Self’ delivered in the University of Hawaii won him laurels in November 2018. Kanaa Singh is often invited to various universities to read her stories and share her thoughts.

Critic and writer Mahmud Awan stated in a local daily on the page Literati that most women poets of the post-Piro generation were born in West Punjab and although many among them started writing Punjabi quite late in their lives, they never abandoned their mother tongue. Santosh Sahini (b.1918 in Bhera; wife of actor and writer Balraj Sahini), Sheila Gujral (b.1924 in Lahore; wife of ex-Indian Premier IK Gujral), Surjit Sarna (b.1930 in Lahore; mother of diplomat Navtej Sarna), Mohinder Kaur Gill (b.1937 in Multan; mother of singer Rabbi Shergill), Kailash Puri (b. 1925 in Rawalpindi) and Kana Singh (b.1937 in Gujjar Khan) are some of the names who liberated our literary imagination and enriched the Punjabi poetic landscape.

According to the site ‘Kitab Trinjan’ “Kaana Singh’s main forte is her poetry written with a tinge of Pothohãri. Her known collections are: LohioN Pãras (1988) and Ud Kalãvey avãN (2006). She is equally good at prose. A TV film has been made based on her short story ‘Khushbu’ (Dir. Gurcharan Channi, 2005) taken from her to be published book Khushbu te Maria which was printed later in 2006. Rooh da Anuvãd (1999) and Chit-Cheta (2013) are books of memoirs. Her other publications include: Ukãb di Akkh (2006) interviews with her contemporary Punjabi writers and a travelogue Mohali to Moscow (2009). She has also published children’s stories.

On her Facebook Timeline she has posted a quote perhaps an indicator of her political connotations ‘The forest was shrinking but the trees kept on voting for the axe because its handle was made of wood and they thought it was one of them’.