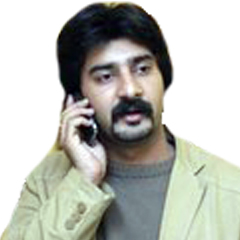 A tough contest is being expected in PP-97, Chak Jhumrah slot during the by-elections as both the candidates belong to Jutt clan. Elders and notables of the Jutt clan are in a confusing situation to whom they will vote as both candidates have strong footages in their constituency. The Pakistan Muslim League-N awarded ticket to […]

Federal Investigation Agency on Thursday arrested two persons on charges of blackmailing a US citizen who committed suicide because of their pressure. The FIA Cyber Crime Faisalabad circle in charge, Syed Arshad Ali told reporters that they had received a complaint from US Embassy that some unknown person had been blackmailing Shaolin Dickson, 17, a […]

As many as two dozen girl students of a government high school fell ill after consuming a deworming tablet given by health department team on Tuesday. Three persons including doctor of Basic Health Unit Chak 437-GB, a dispenser and an office boy were taken into custody after the incident. Reports said that a team of […]

District administration sealed two petrol pumps and seized few buses of Jahangir Tareen group MPA Ajmal Cheema. On Thursday, Mr Cheema alleged that administration move against his properties only to press him, on the contrary the administration claimed that action had been taken on charges of violations. Reports said that civil defence administration came to […]

To promote peace and stability and in an attempt to eradicate the nuclear and conventional arms race in the region, Pakistan has always made positive gestures to India and the international community. In such an attempt, to foster peace and stability in the region, Pakistan offered India a bilateral arrangement on non-testing of nuclear weapons. […]

It is a well-known fact that nuclear technology can not only be used for development of nuclear weapons, but also for peaceful purposes that can contribute in ensuring the development of countries. Therefore, the fact that various states feel the need to acquire nuclear technology is not surprising. At the same time, the international community […]

In 1945, the United States used Nagasaki and Hiroshima, two major cities of Japan, as testing sites for nuclear weapons, leading WWIIto an end. When the world witnessed disastrous consequences of the use of nuclear weapons in conventional warfare, it became the need of the hour to restrict other states from acquiring these lethal weapons. […]