As many as two dozen girl students of a government high school fell ill after consuming a deworming tablet given by health department team on Tuesday. Three persons including doctor of Basic Health Unit Chak 437-GB, a dispenser and an office boy were taken into custody after the incident. Reports said that a team of health department visited government High school, Chak 437-GB, Karol, Samundri and gave deworming tablets to girls’ students. After consuming tablets, the students fell ill with vomiting, stomach pain and motion. They were moved to the THQ Hospital Samundri and Tandlianwala as well. The chief executive officer health authority Faisalabad, Dr Bilal Ahmed told reporters that investigation into the issue had been launched to ascertain facts that why girls fell ill. The deputy district officer, Samundri will investigate the issue. He claimed that same medicine had been given earlier to students of different schools and none of the students sustained any complications. He said students were shifted to the hospital and condition of all was stable. 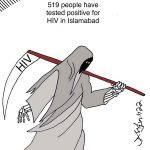 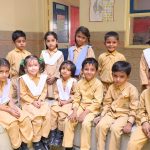