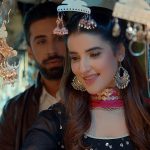 Director Azfar Jafri’s ‘Heer Maan Ja’ is indeed an underdog against the other two Eidul Azha releases – Asim Raza’s ‘Parey Hut Love’ and Ehtishamuddin’s ‘Superstar’ – both of which have been touted to be larger-than-life, cinematic experiences. ‘Heer Maan Ja’ on the other hand, plays it safe in its narrative and its plot twists. […] 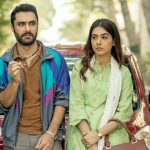 You both play very intriguing characters in ‘Laal Kabootar’, tell us about what your process was like getting into the skin of your respective roles? Ahmed: You do not usually get a lot of time to rehearse, but Kamal Khan was very particular with that. I’d auditioned almost five-months before we began shooting and it […] 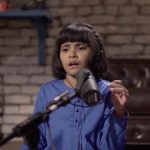 There is a culture of pulling each other down and not being able to be appreciative generally in Pakistan, but even if that isn’t taken into consideration, even if envy is accepted as a natural emotion, it’s plain hostility on part of the government to overlook its assets. Most recently, eight-year-old Hadia Hashmi has proven […] 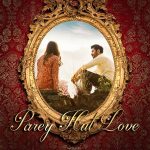 Seasoned advertisement and filmmaker as well as music video director Asim Raza made his foray onto the silver screen with the acclaimed musical ‘Ho Mann Jahaan’ in 2016. Known for his dapper and voguish treatment and direction, after taking a hiatus for over two years now, Asim Raza is set to return to cinema with […] 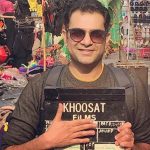 Director extraordinaire, Sarmad Khoosat has proven his mettle time and again, giving TV some of its most memorable serials in recent times. His debut feature film, ‘Manto’ (2015), where he took on the protagonist’s part as well, paid homage to the life and times of the Indo-Pak writer, Saadat Hassan Manto, post which, Khoosat has […] 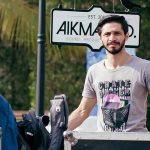 2019 seems like a busy year at the movies, film fraternity moguls are returning and taking up their slots (read Eids), whilst younger and edgier filmmakers are also emerging and a diversity of genres is now foreseen. One such film is the crime-thriller, peculiarly titled ‘Laal Kabootar’. Helmed under the banner of debutant producers Kamil […] 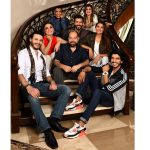 Seasoned music-video director and ad-filmmaker, Saqib Malik has been a part of the industry for over two decades now. His work echoes innovation and taste, however, it wasn’t until this year that Malik went on-floors for his first full-length feature film, peculiarly titled Baaji. Comprising of an intriguing star cast, including the likes of Meera […] 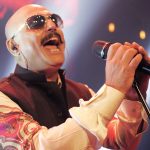 Ali Azmat needs no introduction. Three decades on, having been through the ebbs and tides of the music industry, witnissining the highs and lows, Azmat has truly lived by his rock-star persona. 2018 has been an enthralling year for the seasoned musician as he featured on the eleventh season of Coke Studio with debutant producers, […] 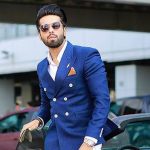 Fahad Mustafa is electric, on and off-screen alike. He doesn’t have a filter on, which is what makes him all the more charming and earnest. The actor-turned-producer has been a part of the entertainment industry for over a decade now, but it was only his foray into movies with ‘Na Maloom Afraad’ in 2014 and […] 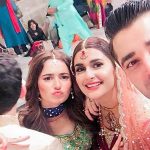 British-Pakistani model-turned-actress, Kubra Khan made her foray into acting with Na Maloom Afraad (NMA) in 2014 and returned to the local scene after a two-year sabbatical with drama serial Sang-e-Mar-Mar, and there’s certainly been no looking back. Khan has starred in one groundbreaking drama serial after the other, including the likes of Muqabil, which dealt with child abuse and Alif Allah Aur Insaan that highlighted a […]